The Insomniac met Kyle Kaczmarczyk on the set Slime City Massacre. Kyle played one of the homeless people who live in Slime City. I found out besides being an actor, that Kyle was a graphic artist with two well done series The Red Eye and Pulp: The Old Kingdom. He has also done the poster and DVD cover design for Born to Die (and his arm can be seen getting the tattoo version of the design in the credits). When I heard that Kyle was involved in two more projects it seemed like he was overdo for an interview.

How did you get involved with FUBAR?
Well, last year at Pittsburgh Comicon I met Jeff McComsey (writer/artist/general coordinator of FUBAR) and Jorge Vega (Writer/Story Editor for FUBAR) through fellow comic creator Joe Dunn (Joe Loves Crappy Movies, Matriculated, Turtle vs. Bunny) who had contributed an introduction and pin-up to the first Red Eye collection. After a couple of nights of drunken debauchery, we decided to keep in touch after the con. So, when Jeff mentioned that he wanted to put together a World War II Zombie anthology on Twitter, I immediately caught wind of it and threw my name in the hat.

How did you come up with the story idea of “Severed?”
“Severed” actually wasn’t my first story idea. My original story was remarkably close to the story “The Valley of Death” by Mike Imboden and James Nguyen and theirs was much, much better, so I had to scrap my little story and start over. As I was brainstorming the title “FUBAR: Severed” popped in my head and I really liked it. So I decided that the character would be an amputee, but I wanted the title to be more than literal. So I figured out a way to sever him from the rest of humanity by having him stranded at his military camp as the lone living human in a camp full of zombies.

In your eyes what makes zombies a subject that moviemakers, novelists and graphic artists return to again and again?

Really, as a writer zombies are so versatile. They can represent our fear of death, our primal fears that at the end of the day, we’re just walking meat with only the need to consume, they can be used for satire
or even comedy! As an artist, they’re just fun to draw with all their gory little details!

I am used to seeing your work as both a writer and artist. Why did you chose to be only a writer on “Severed” and how does it feel to see someone else bring images to your words?

Honestly, it was strictly a time issue. I just didn’t have the time to sit down and knock out that many pages with all of the other projects I was working on at the time.

For those who are not familiar with your work, can you tell us what some of your past work is and how you got involved with comic books/graphic art in the first place?

Hoo, boy. That’s a long story, so bear with me. I got started doing comics in college. I’ve always drawn and was into comics as a kid, but I kind of fell out of it for a few years. But when I went away to college I got back into comics because I was, frankly, bored a lot. So I picked up a few issues of Hellboy and Johnny the Homicidal Maniac and those two books totally renewed my love for the medium. Throughout college I used to doodle while hanging out at my (now ex-)girlfriend’s apartment and one of her roommates recommended that I do animation. I, honestly, don’t know if I have the patience or skill for that but it got the gears rolling.

About a month later I launched my first series, the webcomic The Misadventures of Silent Boy. Silent Boy ran for 3 years as a webcomic and also spawned a full-length graphic novel called Silent Boy versus Hell. After working on that, I found that I really enjoyed that sort of long-form story-telling, versus the bite-sized tales of the webcomic, so I started penning the first story arc of my science fiction/noir/action series The Red Eye. After that I went on to work on the sword and sorcery mini series Pulp: The Old Kingdom which I just wrapped up. Issue #4 will actually be coming out later this month.

When is FUBAR available and where can it be found?

The pre-orders for FUBAR just finished, so it’ll be officially released in November and will be available at all comic retailers as it’s being distributed through Diamond.

Well, as I mentioned before, Pulp #4 is coming out this month, though it’s already available online from IndyPlanet.com. Last month saw the release of MonsterMatt’s Bad MonsterJokes Vol. 1 a collection of intentionally bad jokes in the vein of MAD Magazine. The book was written by mask and prop maker, MonsterMatt Patterson and illustrated by yours truly. It was released by May December Publications and is already available on Amazon. It’ll be coming to local book sellers soon. And currently, I’m working on two other projects. I’m drawing the second story arc of The Red Eye with Issue #7 as well as scripting a brand-new series called Igor: Occult Detective. Igor will be a horror/comedy/mystery that I’m still keeping pretty under wraps until I find an artist.

Thank you Kyle for taking time out to discuss his works with Horrornews.net
Until next time, 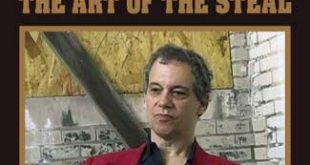 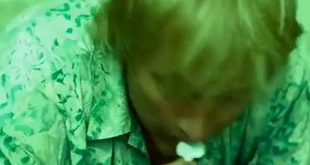 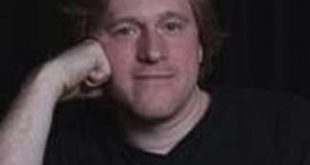 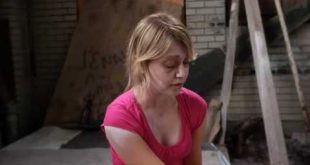 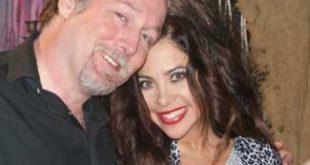