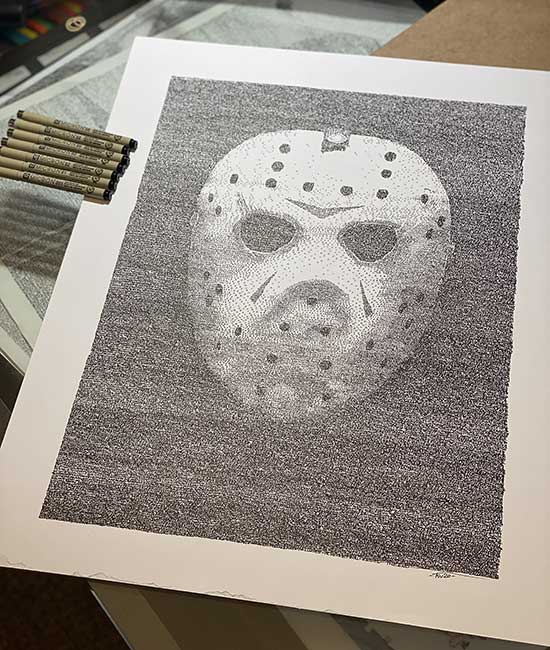 Just received this in, and thought it was a cool share!

Travis White sent over his latest art creation per memo below in celebration of the Friday the 13th 40th!

“For its 40 year anniversary, I hand wrote the entire screenplay to Friday the 13th, beginning to end, using only the words to build an image of the man himself.

My intent was to represent the franchise/Jason as we know and love through its origins. Which is why I opted to use the hockey mask despite it being the first film. (Some fanboys have found this difficult to wrap their heads around for some reason lol) 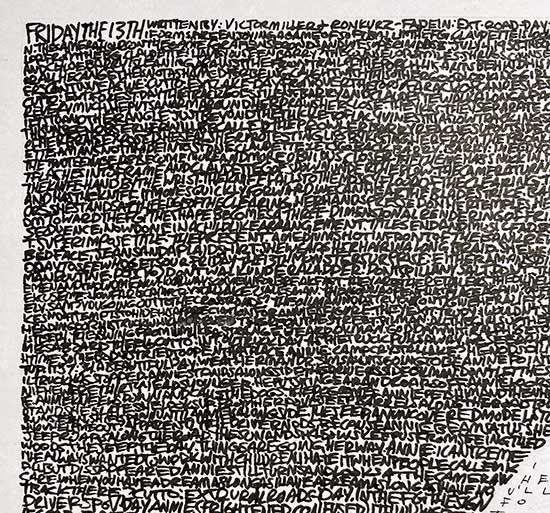 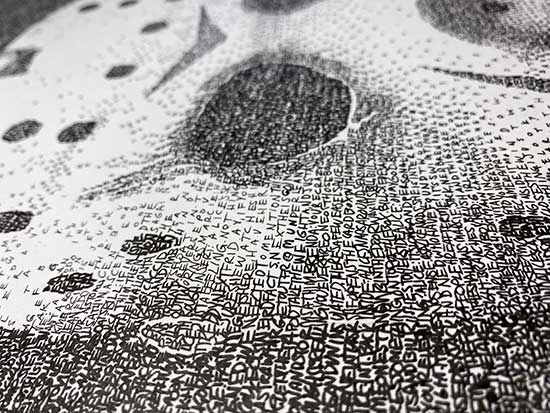 you can check out Travis’s work at