Writer/Director Tommy Faircloth took time to talk with Horrornews.net about his new film, A Nun’s Curse.

(I rambled on and told Tommy a nun related story. He probably heard a million of them. I got in trouble on my first day of kindergarten at Catholic school LOL) Hi Tommy, I am so happy to talk to you. Dollface and Family Possessions are great movies.

Tommy- Its so funny, so many people tell me these stories. They have a nun story. I grew up having to go to church every week and things like that. It wasn’t a Catholic church. Its funny, everybody has a nun story.

Yeah, she was taking names and kicking ass. But the twist at the end. It was wild.

Tommy- The story originally, I was going to do a story about a jail warden. There was a jail that I was originally looking at. Down here in South Carolina there’s a lot of stories of voodoo and things like that and there is a jail that I was originally looking at. I found out about a warden that used to do a lot of voodoo and he had done some things with the prisoners. I couldn’t secure that location so, I started looking for other locations and the one that we ended using had that stained-glass window. I was like this is so cool and gothic and that’s when I got the idea, instead of it being about a warden, let me change the story to be about a nun that was stationed here and kind of here in the prison. I was friends with Felissa, she was in my last feature called Family Possessions so I said I would love to see you in a villain role again. Sleepaway Camp was one of my favorite films growing up.

What kinds of challenges did you face shooting in the location?

Tommy- Most of the film takes place in one location so it was a little bit challenging. I was originally thinking this was going to be like a Breakfast Club meets Saw. You’ve got these four people stuck together in a small location. All of the rooms look exactly the same in the building. It was challenging to light it and make it look different. It was a three-level jail right. The middle level was modern because the guy that owned it used it for offices and stuff. It worked out for us because we could use it for wardrobe, for makeup. The top part which was where the big glass window was and then the basement. It continuously flooded; we went through two hurricanes while shooting this movie.

That’s crazy. The building held up after that.

Tommy- This building is solid concrete. I think it was originally built in the 1800’s. The whole place is concrete. It had been remodeled over the years. I think the last time actual prisoners had been in the building, it was in the early seventies. It was cool filming in these rooms and when we had lights on the wall, you see carvings of where people had carved their names and the one scene where there’s a drawing on the wall, that was something one of the prisoners had drawn on the wall and it was there and I wrote that into the script.

That’s always interesting. I was at an investigation at the Burlington County Jail in Mount Holly, New Jersey and its always cool to see older buildings. You look all around and you see all the different stuff on the walls and stuff.  The building sort of becomes a character in the movie.

Tommy- I love watching those videos about abandoned buildings and the whole urban explorer thing. I’ve loved that kind of stuff for years. When you go into a location like this you walk around and look and imagine what went on. The cast really got into it. They wouldn’t really go into a lot of these places without any of us. It was pretty creepy.

Tommy- Tony Rosen and Sean Krumbholz, they did all of the special effects’ makeup. They did Felissa’s makeup and props and things. I worked with Tony on my last feature, Family Possessions. Tony is actually known for creating the Annabelle doll that was used in The Conjuring he had worked on a ton of films doing his own special effects and sculpting but that’s what he was known for when I met him. Sean is an artist that I just started working with, he’s also a filmmaker. I told him what I was looking for when I was writing the story. I think Sean mostly created the look for Felissa as the nun. Sean also played one of the prisoners in the film. Sean said Felissa won’t be able to see anything, she’s not going to be able to see anything out of the contacts so someone will have to make sure they can walk her where she needs to be. Tony and Sean are great.

I know we are all home and trying to keep safe and get by. Some people are working from home and stuff.  Are you working on anything?

Tommy- I’ve always got an idea of what I want to do next, usually when I start a film from start to finish the whole process is usually about two years. I did a short film a few years back called, The Cabin. The story just turned out well and it was well received at festivals. I think I’m going to write a feature length of that film. That’s probably going to be my next project.

What was it like directing the cast? They did a great job in A Nun’s Curse. It was cool that Damian Maffei was in it without a mask, he’s a great actor.

Tommy- Right! Everybody in this film, I’ve either worked with or I know them personally. Damian Maffei (Haunt) was the only person that was someone new to me. I knew of him from another filmmaker. When I was writing the script, I was talking to Damian a lot to kind of got to know his personality and using that to shape his character. Kristi Ray and Erika Edwards who play sisters in the film. I knew Kristi before I knew Erika and they are best friends in real life. 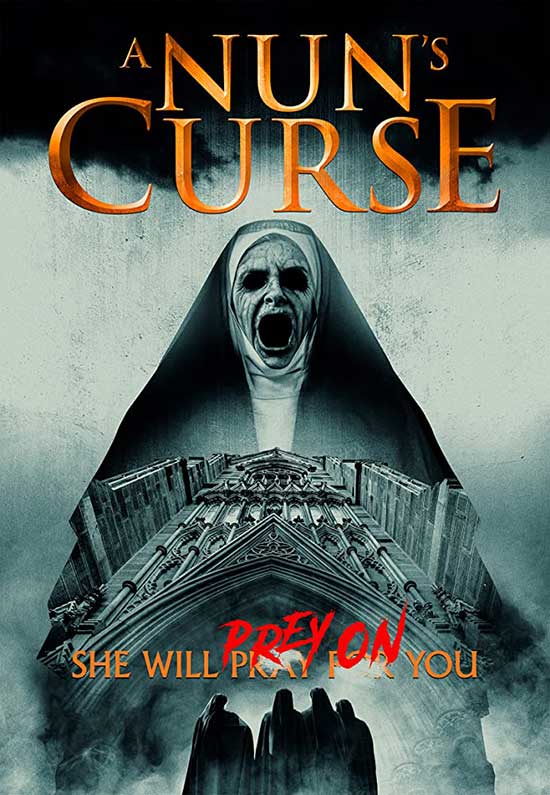 What do you want to say to the people who will be watching A Nun’s Curse?

Tommy- I hope they enjoy it. I have a lot of comedy mixed in with my horror. I heard someone before say that I make horror films for people who don’t like horror, which I think is a compliment. I think people will connect well and I think they’ll have a good time. The cast is great.

I love that you put comedy in because it breaks everything up and makes it a little more realistic with situations.

Tommy- Yeah. When you’re watching horror its just horror… Its like it wears you out and you need a little bit of comic relief.

Tommy- I think it’s something that just developed. I would get a tape recorder and we would imitate almost radio versions of movies. I was obsessed with movies and I was a huge fan of slasher films and I would write my own versions or sequels to films that were out. I would write these stories and pass them out and everybody would read them. I think it just developed from that and being able to tell stories and get reactions from people. I was kind of something I grew up around, I think it’s the whole storytelling and watching the reaction from people that influenced me. 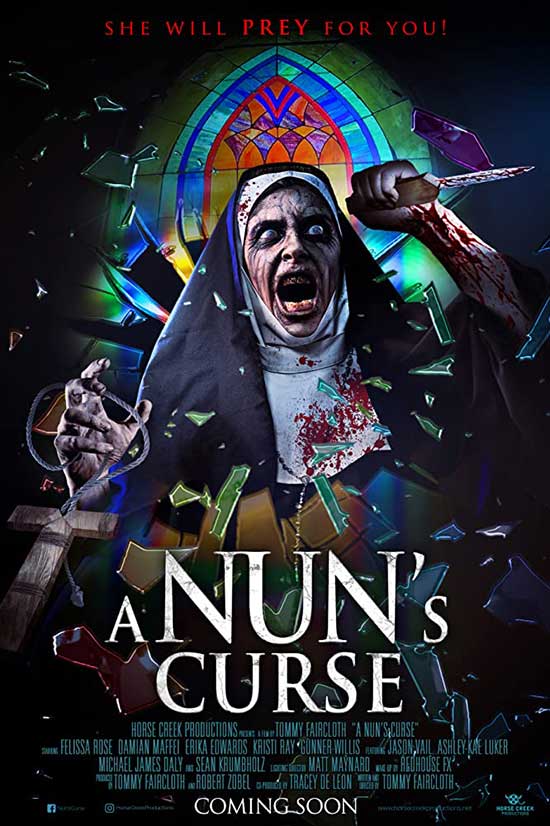 Are you going to have the The Crimson Screen Horror Film Fest this year as long as it’s safe? ( www.crimsonscreenfilmfest.org/ )

Tommy- Yes, that’s my horror film festival. We are going on our seventh year this year. We are still technically planned for the end of May as long as we don’t have a stay at home order. Every year it gets bigger and bigger. This year we have Alex Vincent as our special guest and we’ve got a huge line-up of films and some premiere features.

Thank you so much Tommy. A Nun’s Curse was so much fun. You did a great job. Thank you for taking the time to talk with Horrornews.net

A Nun’s Curse, also starring Damian Maffei (The Strangers : Prey at Night) and Gunner Willis (“The Resident”) , premieres on DVD and Digital this May from Uncork’d Entertainment.

On a weekend trip, a group of friends are forced to seek shelter inside an abandoned prison where a nun named Sister Monday had once been assigned. During her time at the prison, Sister Monday was suspected of killing prisoners who were serving out their sentences but before she could be questioned, she disappeared. Once inside the prison, they will learn the terrifying truth.
The Nun’s Curse premieres on DVD and Digital May 12 from Uncork’d Entertainment.”

Check out Tommy’s social media and his film festival.