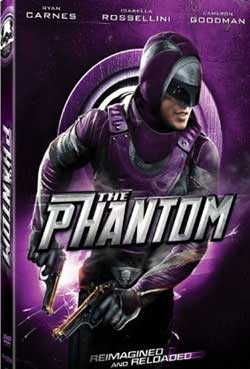 The Syfy Channel offers a 21st-century reboot of the comic book series about the Phantom — “the ghost who walks” — in this action-packed miniseries that stars Ryan Carnes as Kit Walker, the latest in a long line of crime fighters. After his father is killed, Kit travels to Africa and trains to take over his ancestors’ heroic persona: the Phantom. As his prowess grows, Kit combats an evil conspiracy.

From SYFY network comes one of their more interesting features that involves a young kid who is soon to discover a bit about his past and what he means to the world. Chris Moore (Ryan Carnes) is that boy, who in the films start we are introduced to per way of his fascination with building jumping exercises formally referred to as Parkour. It appears this sort of monkey gymnastic is a new fad that certain kids have the ability to indulge in while often almost performing an amazing display of body over matter. When Chris and his friend perform an online camera taped  showcase of running thru out town, his best friend Jordi slips and hurts himself in the process. The paramedics arrive with a rather alluring girl named Renny Davidson at the helm who assists in the rescue. Before long, Chris and Renny hit it off into what turns out to be a true romantic relationship. Chris is house grounded by his father so that he can concentrate on his studies. Though while trying to appease his father, it is revealed that there are those unknown to him that have a bigger purpose in mind,. This purpose is the true nature of his background, his father and a secret agency that is focused on dealing with the evils of the world. It is also revealed that his real name is Kip Walker, son of a former very important man. That important man ….the one known as the “Phantom”…the ghost who walks.

The tale of the Phantom arrives in re-made, upgraded and modern form…. a far removed version that its previous failed attempts. Though to stay in line with tradition, the character known as Kip Walker is also upgraded to a “now” version who sports a hipper suit than the horrendous leotard version. With that he has a multitude of technology at his disposal and a high tech team that can train in all that is needed. As we find, this Kip is the 22nd Phantom of a long line of crime fighters dedicated to the same cause. The Phantom moniker refers to a certain immortality that is actually achieved thru the legacy being handed down from father to son for centuries. As Kip is introduced to his new legacy, he also finds a mountain palace of history to guide him. What is cool about this version is that the original aspects of the Phantom are not ignored but attributed to his influence. 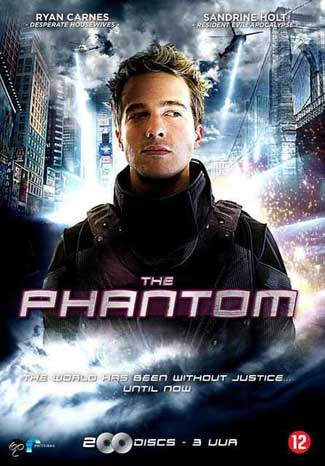 The film runs at a pretty strong 3 hours, but I didn’t find that  problem. There is enough rich content here to keep you engaged to the story till the end. It features a few surprises in the end and also turns out to be a pretty cool super hero style film. The suit he now sports gives him certain advantages such as increased strength and a bullet reflecting sort of armor. Isabella Rossellini also stars in this film but is starting to look more like a man in her old age. Cameron Goodman who stars as the red headed Renny is a combination of sweet, attractive and warm hearted bringing a welcome shining presence as Chris’s paramedic love interest. I’ve seen Cameron in a number of other roles and think this cherry red head look is by far her best.

The film was directed by Paolo Barzman who achieves the task of re-inventing the Phantom rather well. SyFY channel has been putting out some quality stuff this year and Phantom is definitely one of those. A great family style film that echoes its past comic book flavors with perfectly.

For those tracking down the Phantom legacy you can also check out the 1996 version which starred Billy Zane but which did poorly at the box offices. 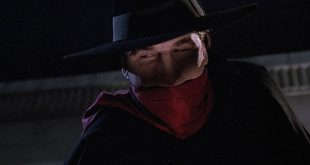 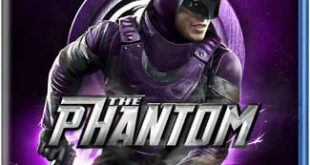