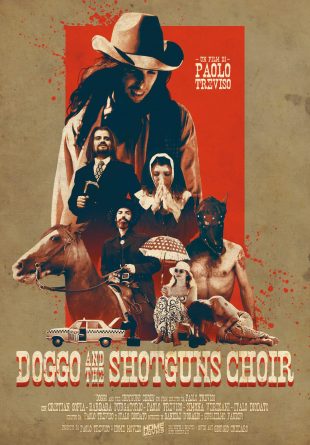 DOGGO AND THE SHOTGUNS CHOIR
A freak show’s Dogman escapes to freedom but soon finds the outside world might be an even weirder place. A lone cowboy fights his inner demons while searching for his lost love. Two different roads lead to a single destiny where fetishist attraction, a golden gun, and chain-bound slavery form an all-consuming revenge. Doggo and the Shotguns Choir is a nearly indescribable mix of David Lynch, Robert Rodriguez, Freaks, and El Topo rolled into one outrageous and bizarre film from director Paolo Treviso. Italian with English Subtitles

DOGGO AND THE SHOTGUNS CHOIR AVAILABLE NOW ON DVD 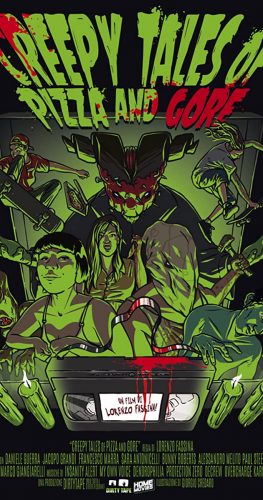 CREEPY TALES OF PIZZA AND GORE
Creepy Tales of Pizza and Gore is an incredible, blood-soaked tribute to the days of straight-to-VHS horror movies, and is certain to chill you while testing your limits for gore. A specially delivered extravaganza of ghastly sights, these five tales of terror will keep you up at night for weeks to come: ”Screaming Ghost,” ”Devil of the Night,” ”Alone of the House,” ”Wood,” and ”Killer Tape.” You’ll scream, avert your eyes, and have a hell of a lot of fun! In Italian with English subtitles.

CREEPY TALES OF PIZZA AND GORE AVAILABLE NOW ON DVD