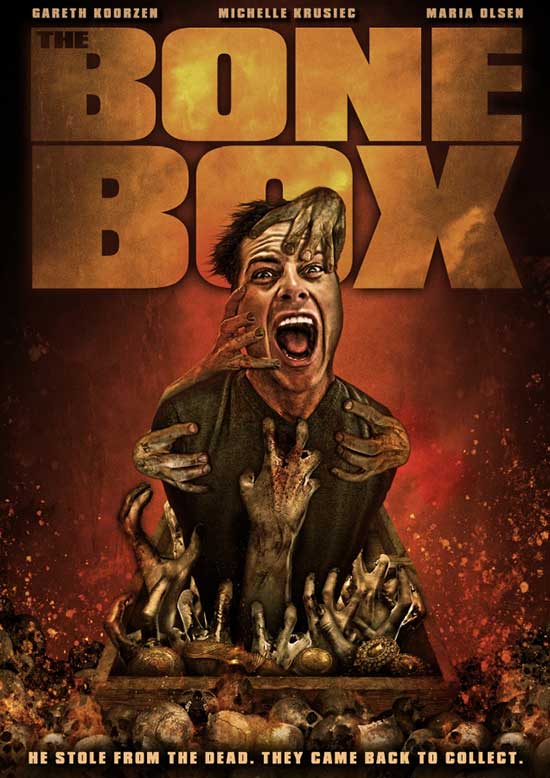 The film centers around Tom (Gareth Koorzen), a down-on-his-luck guy living with his Aunt (Maria Olsen). But his real troubles begin when his gambling debts catch up to him and he finds himself on the wrong side of a gun. In order to pay off the debts he enlists the help of Elodie (Michelle Krusiec), an undertaker’s daughter and recent divorcee with her own financial woes. Together they conspire to find freshly buried bodies in order to dig them up and steal whatever valuable possessions may have been buried with the recently departed. Soon after Tom has collected a box full of jewelry, strange occurrences begin taking place in the house – weird noises, moving images in paintings and hallucinations all begin to take their toll. Is it guilt? Is he crazy? Or have the dead returned to collect what’s rightfully theirs?

The film is set to begin its digital release on Friday, March 13th, 2020. Initially, THE BONE BOX will be available on Prime Video, where the film will be available to rent or purchase. Additional platforms such as Tubi TV, Roku, Google Play, iTunes and many others will follow soon after.

The genre distributor has also secured a licensing deal for the film with the premium genre subscription service Shudder. A release date for when it will premiere on the platform will be announced shortly.

In advance of the film’s release Terror Films is giving fans a first look at the Official Trailer and Poster! 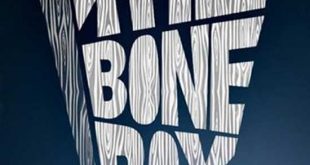