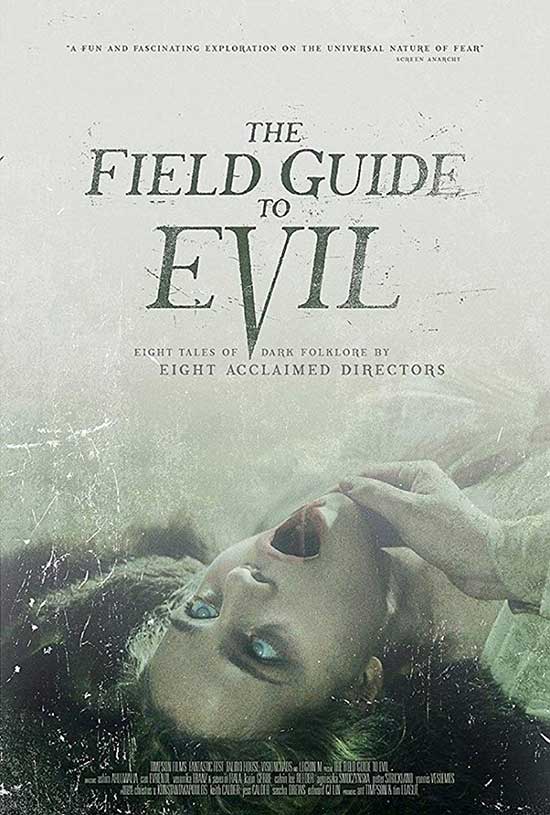 A feature-length anthology film. They are known as myths, lore, and folktales. Created to give logic to mankind’s darkest fears, these stories laid the foundation for what we now know as the horror genre.

Ah, the horror anthology movie; a sub-genre all of its own which has had amazingly mixed results over the decades. Early examples from the 60s and 70s include the British efforts Dr Terror’s House of Horrors (subtle title there guys), Asylum and The Vault of Horror; the 80s gave us Cat’s Eye, Creepshow volumes 1 and 2, and Twilight Zone: The Movie among many others. The last decade or so has seen the anthology film have something of a resurgence, with entries including V/H/S volumes 1 through 3, The ABCs of Death, Southbound, Trick’r’Treat and Ghost Stories to name a few. 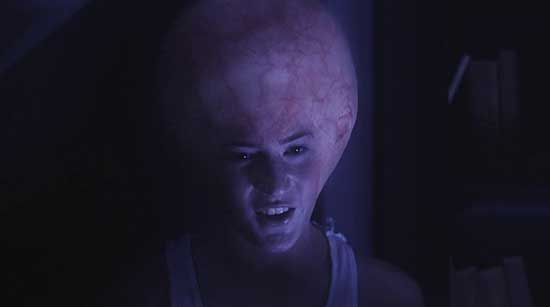 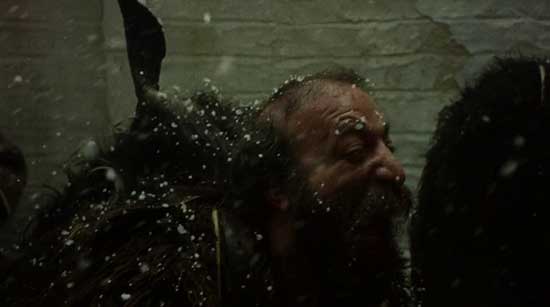 The latest movie to try and earn a place among the heavyweights is The Field Guide To Evil, an international crowd-funded effort. As is typical with many horror anthologies, the film is comprised of several different short stories, each with a different director. Many other films have a central connecting spine of a story (or a host introducing each segment) too, but this isn’t the case with The Field Guide To Evil; the eight stories on offer here are simply presented in sequence. Each one concerns a different aspect of folklore, mainly from its director’s respective country.

The first tale in this anthology is The Sinful Women of Höllfall, directed by Veronika Franz and Severin Fiala who previously directed 2014’s Goodnight Mommy. This Austrian tale concerns a young female member of a rural community, and the sexual guilt and supernatural repercussions which ensue when she becomes attracted to another girl. Before long a mysterious elf-like creature begins to visit her at nights when she is alone. It’s a strong opener, the gloomy, menacing night scenes coming as a stark contrast to the brightly lit summer days. The ragged-mouthed creature is a genuinely unsettling creation, used to great effect. 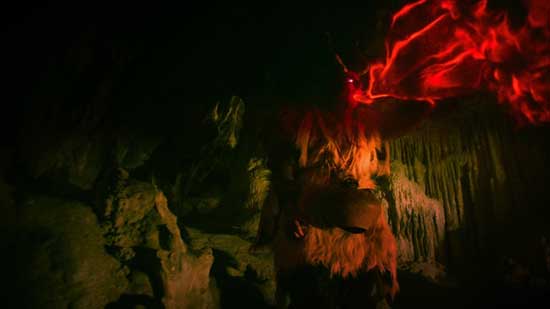 Next up is Haunted by Al Kirisi, from Turkey’s Can Evrenol (who directed the excellent and nightmarish Baskin). Here we witness a young single mother, caring for not only her child but also her ailing mother; things take a turn for the sinister when she takes her mother’s brooch away from her. Mainly set inside a cramped apartment, this segment feels claustrophobic and manages to get under the viewer’s skin.

The third entry is The Kindler and the Virgin, from Agnieszka Smoczynska of Poland; a wintry, desolate tale of a man visited by a spirit, who informs him that if he consumes the hearts of three recently-deceased people he will gain their courage and be undefeatable in battle. We follow his efforts to carry out this grisly task, up to and beyond the point where he realises that nobody mentioned the hearts had to belong to adults…. This entry is stark and bloody, but nicely tinged with black humour. 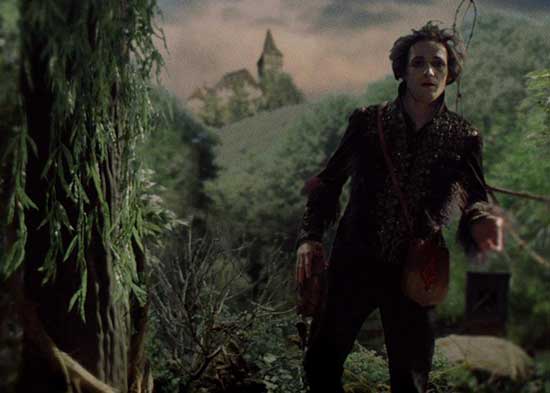 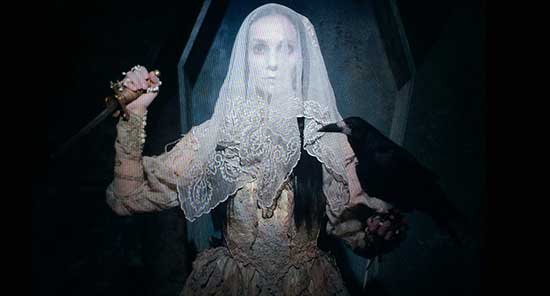 Following this is the USA’s effort, Beware the Melonheads from Calvin Reeder. A spin on the Hills Have Eyes urban legends of isolated, cannibalistic communities of deformed humanoids, this segment is the most playful so far; a couple and their young son soon find that their rural getaway isn’t going to be as relaxing as they thought. Funny and disturbing in equal measure, this is the first of the two English-language sections of the film.

The fifth segment is Greece’s Whatever Happened to Panagas the Pagan, directed by Yannis Veslemes. Probably the most surreal piece so far, this tale concerns the Kallikantzaros, mysterious goblin-like creatures that appear on Christmas day to visit empty homes and play tricks on people. The bravest among them like to try and go unnoticed among the partying humans; the one at the centre of this story probably shouldn’t have bothered, as he’s quickly discovered – and the group of humans he infiltrates are not exactly filled with Christmas spirit towards him. There are some good effects on show here, noticeably in the atmospheric depiction of the creature’s underworld home and in the disturbing blood-letting carried out on him. 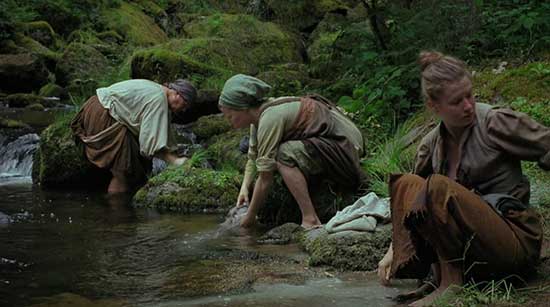 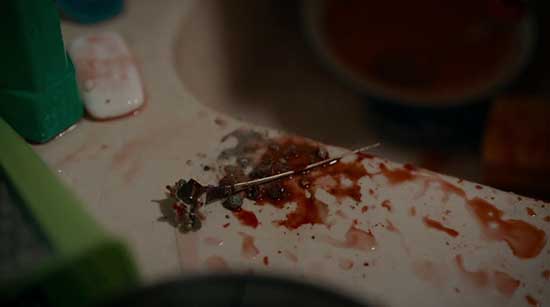 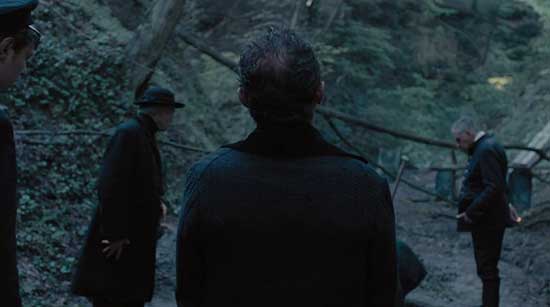 Next in line is The Palace of Horrors from India; set in 1919, this tale focusses on a doomed expedition to the palace of a deranged king. The expedition is led by a jaded sceptic on the hunt for unusual curios in far-flung places; it soon becomes clear though that he may have found something far more horrific than he expected. Unimpressed with the horrific, unfortunate creatures his hosts have to show him, his curiosity is piqued by the subterranean inhabitant of the pit which is strictly off limits to him. The second of the English-language sections so far, this one is also beautifully filmed in black and white, giving it a very evocative air. The genteel music acts as a disturbing counterpart to some of the unsettling visuals, which borrow from films such as Freaks and – surprisingly – Event Horizon.

The penultimate tale, A Nocturnal Breath, hails from Germany and is directed by Katrin Gebbe. It concerns a malevolent Bavarian spirit, known as a drude, which possesses a young woman by taking the form of a rat and crawling down her throat. This segment is not dissimilar to the first, being set in a rural Germanic wilderness. The drude is a particularly unpleasant little critter, bringing cruelty and misfortune to the young woman and her husband, not to mention some of the various animals on their homestead.

And finally, from Hungary, we have Cobbler’s Lot. Directed by Peter Strickland (of Berberian Sound Studio fame, Strickland is a Brit rather than Hungarian), this segment is loosely based on a folk tale wherein two brothers compete for the affections of a princess. This is another playful chapter; no dialogue is spoken, rather everything relevant to the story is presented on silent movie-style title cards. The two brothers look more like second-rate Robert Smith impersonators than cobblers; and the story as it unfolds has a whimsical, humorous tone. That isn’t to say though that there isn’t some gore in store as things take a dark turn. 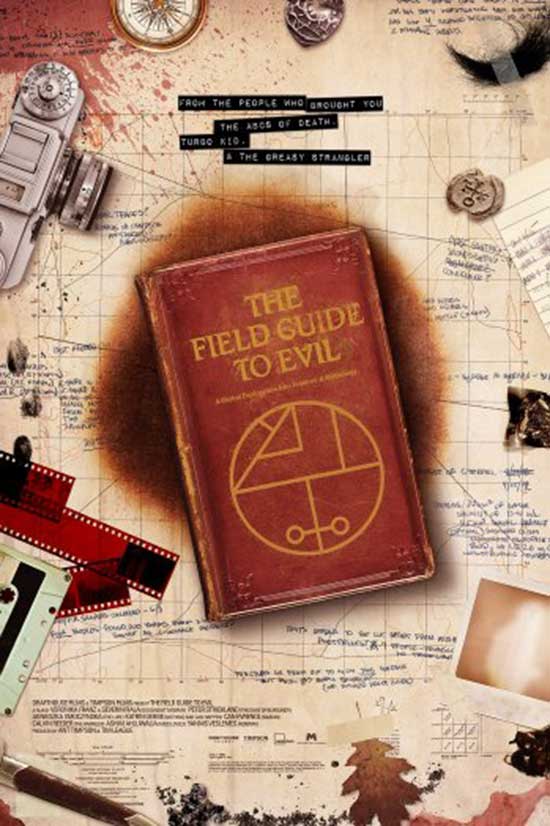 And that brings us to the end of this particular anthology. There is a lot to like amongst the eight tales on offer – the unusual step of having each piece originate from a different country ensures that for the most part, there is a lot of variety on show; the different flavours of each region, except perhaps for the Germany and Austria stories, really do stand out. There is some nice low-key gore on show, and some solid, subtle effects work. 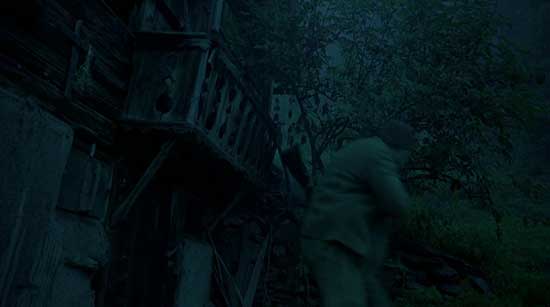 That said, unfortunately the film does fall victim to the apparent curse of all horror anthologies; that of varying quality among the individual stories. Eight of them, spread across a sub-two hour movie, means that with an average fifteen minutes a piece, none of the stories really have a chance to flourish; most of them seem to be in a headlong rush to get to the end without pause for breath. The strongest for me is probably The Palace of Horrors, followed by The Kindler and the Virgin and Cobbler’s Lot, although each viewer will definitely have their own favourites; it’s difficult to shake the feeling that there are simply too many stories here for the film’s own good, and perhaps trimming them down to four of five of the strongest ones would have meant much more scope for the characters to come to life. Nevertheless, there is still plenty of entertainment on offer and the sheer oddness of many of the stories means this is well worth a watch.