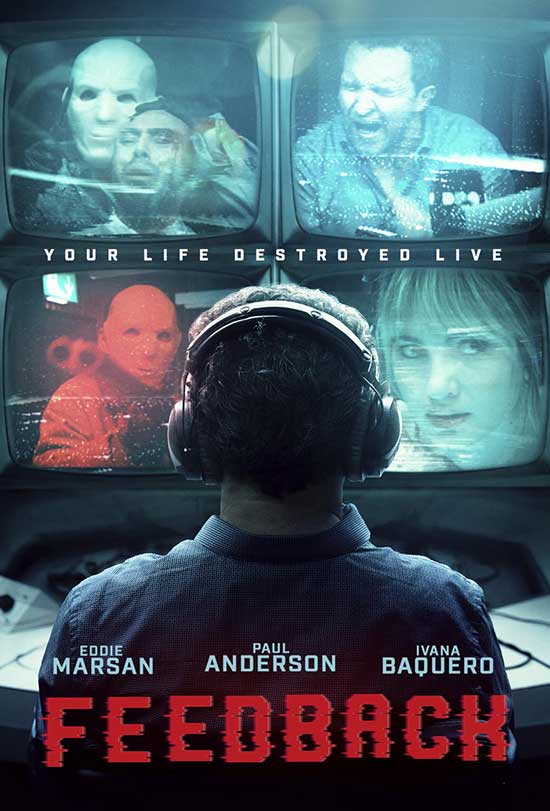 Jarvis Dolan (Eddie Marsan) is the host of a successful late-night radio show, “The Grim Reality”. But his life takes a turn when two armed men burst into the studio one night and take him, and his entire show, hostage. Forcing Jarvis to read from a prefabricated scrip, they expose a scandal that could destroy his whole life and decimate his high-flying career. Live on air, Jarvis will discover what his reality truly means–and what it means to take it back

On DVD February 18, this new take on the home invasion movie follows Dolan Jarvis, the host of a successful late-night radio show, whose whole life changes after armed men burst into the studio and take him and his entire show hostage, forcing them to read from a prefabricated script and exposing a scandal that could destroy Jarvis’ life. Shot in the U.K. and Spain, stars Eddie Marsan (Ray Donovan, “Happy-Go-Lucky”), Anthony Stewart Head (“Buffy the Vampire Slayer”), Paul Anderson (“The Revenant”, Peaky Blinders), and Ivana Baquero (“Pan’s Labyrinth”). Screened at FrightFest, Strasbourg European Fantastic Film Festival, and Fantasy Filmfest among others.