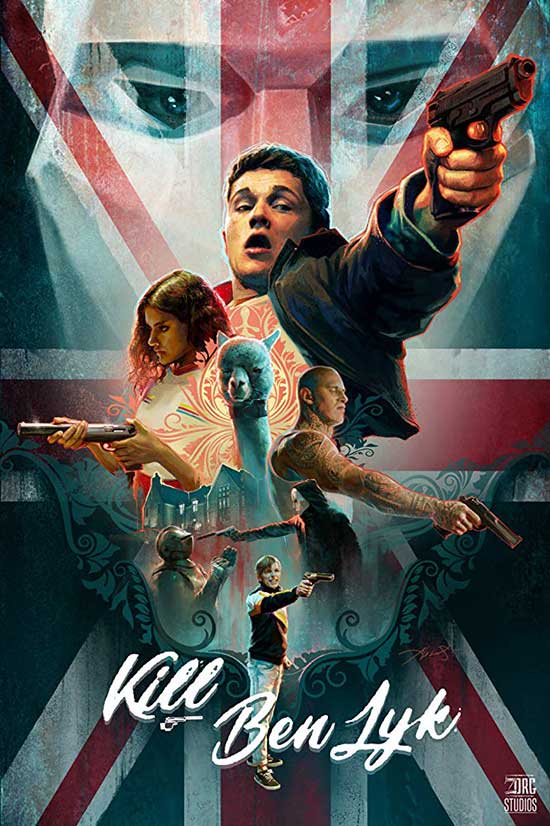 “Three people have been murdered in London, all by the name of Ben Lyk. Scotland yard decides to gather together all the other Ben Lyks located in London until they can figure out who’s after them and why. One of the Ben Lyks is a young Youtuber, he thinks this attention on his name could finally be his shot at becoming an internet celebrity.”

Kill Ben Lyk is directed by Erwan Marinopoulos and written by, Jean-Christophe Establet, Oliver Maltman, and Erwan Marinopoulos. A knight (Daniel Page) and a lady (Alexandra Naoum) are having a good time. They are interrupted by a hit man. Eugene Simon (Game of Thrones, Casanova) is Ben Lyk and so is everybody else.

Ben Lyk is on social media and he finds out he was MURDERED! But how and by whom? He is asking social media? (Totally! That is what everyone would do.) Ben is talking to his friend now. I love it so far, it is different. Lock, Stock and Two Smoking Barrels, Snatch, Trainspotting are just a few movies that came to mind for me while watching Kill Ben Lyk.

Ben is watching videos and trying to figure out what is happening. Ben Lyk is in deep. He got himself into something bad. He tries to seek help from his neighbors but unlike Mr. Rogers they aren’t neighborly at all. Ben meets a “crabby” Officer Hawkins (Adam Astill) whom he is more than happy to see. He is vlogging in the back of the police van. They are taking him somewhere. This should be easy… Right.

So many Ben Lyk’s. Talisker is trying to keep all of the Ben Lyk’s safe. Bale (Martyn Ford) shows up and he is ready to kick somebodies a**. The Ben Lyk’s start to accuse each other of being the killers. William Sciortino plays the “Mafia boss.” He is in the shadows like an unseen Don Corleone surrounded by drugs.

There is also an “alpaca gunman” played by Thomas Croisiere. He has Instagram-like photos of alpacas gracing his walls. This is the most bizarre yet amazing thing I’ve ever seen.

Charming Ben Lyk and Ben Lyk are having a conversation about The Girl that Ben Lyk likes. Charming Ben Lyk thinks The Girl is a man. Ben Lyk wants to figure out what to do while being locked away with seven others who have the same name as him. This should be interesting…

The group loses power and two of the more nervous Ben Lyk’s go and investigate. Older Ben Lyk meets his death and NOW the masked man is back with a silencer yet you hear someone shooting. It was the police, they shot Banker Ben Lyk who is more concerned with his jacket. Ben Lyk goes to check on The Girl (who is also Ben Lyk, she tells the story.) and she bashes him the face with a bottle.

They go to investigate what they heard now. (OH NO!) We have an impaled Older Ben Lyk. They aren’t doing a great job keeping the Ben Lyk’s safe. Charming Ben Lyk and Rugby Ben Lyk are fighting. Somehow, they all have guns now too. Its not great that Nervous Ben Lyk is the only one with a gun now.

Scott (James Chalmers) and Talisker’s light banter is funny. Ben Lyk calls his friend Robbie (Dimitri Leonidas) to find something for him, (the murder video). Bale finds the murder video online and shows it to the boss. The police want to get the Ben Lyk’s out of the house. Ben Lyk winds up confessing he made the video and posted it online. Scott is also NOT a good guy. Go figure. There is a lot going on in this movie but it’s a good mystery. A puzzle to solve with all the Ben Lyk’s.

Nervous Ben Lyk has lost it. This left him vulnerable. Ben Lyk and The Girl Ben Lyk are left with Scott now. There is a fight and an ambush. Lots of things happening, gun shots, crooked cops, mob bosses. Okay, so now the boss isn’t dead and he wanted to fake his death so he could take over. Scott isn’t dead either. This movie just gets crazier. 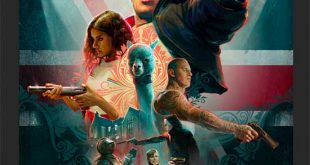