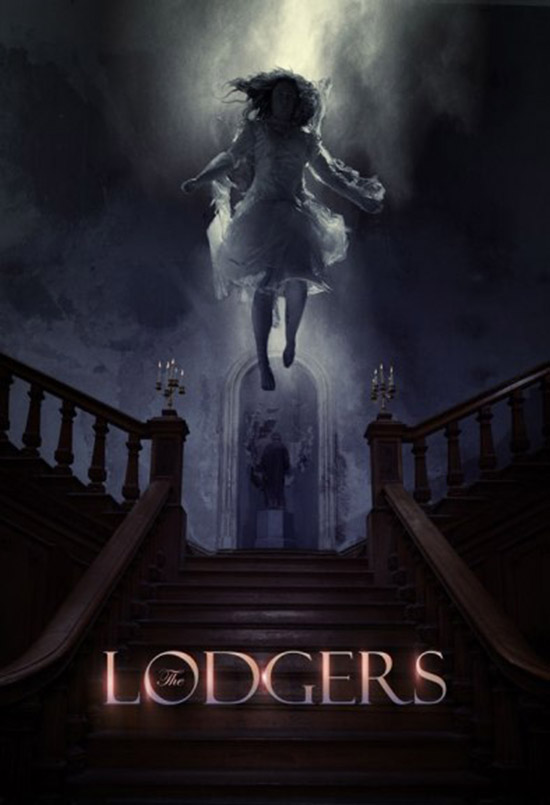 In 1920’s Ireland, twin orphans Rachel and Edward reside under the auspices of an oppressive supernatural presence that dwells in their ancestral home. Their arrangement is thrown into disarray with the arrival of Sean, a troubled veteran of the Irish Civil War.

The Lodgers (2017) is the second feature from director Brian O’Malley (Let Us Prey 2014), and the debut from screenwriter and composer David Turpin. Set in a small Irish town in the 1920’s, Charlotte Vega (American Assassin 2017) plays Rachel, an orphan living in a dilapidated mansion with her twin brother Edward (Bill Milner, Son of Rambow, X-Men: First Class) and a horrible secret. When injured Irish Civil War veteran Sean (Eugene Simon, Game of Thrones series 2011) arrives in town, Rachel spots what may be a way out of her terrible circumstance—that is, if her fellow lodgers will let her go. Despite feeling occasionally derivative of films such as Crimson Peak and 2007’s El Orfanato, attractive cinematographer and strong performances make this Irish production worthy of gothic genre lovers’ attentions. Those looking for a strong story beneath the atmosphere, however, may be left wanting. 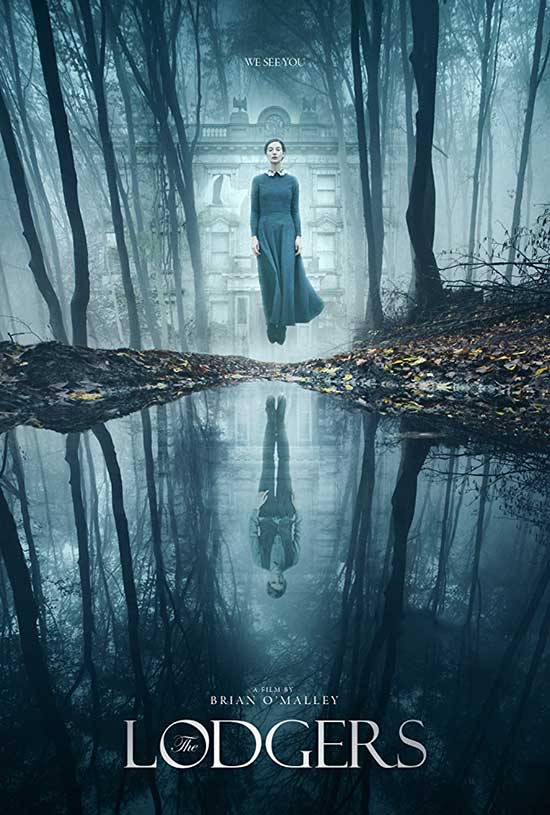 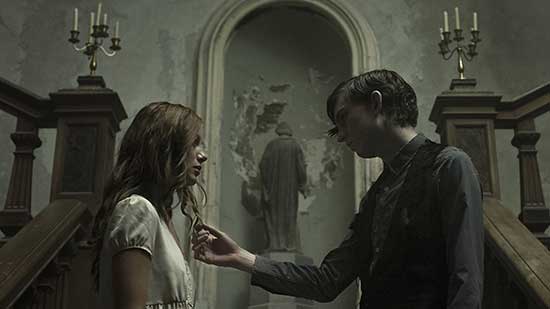 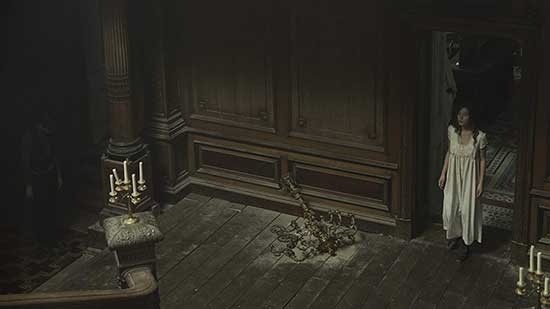 Vega’s portrayal of Rachel balances well her stand-offish nature and desire to escape her circumstance, and she does an admiral job of playing foil to her brother, who slavishly devotes himself to the pairs’ supernatural curators. For his part, Milner’s slight frame and waxen visage makes perfectly clear his character’s progression from child-like to devious with looks alone. Simon, with his boyish features and masculine frame, bounces between the adult conflicts of war-torn Ireland and youthful infatuation without any trouble. The trio forms a strong core for the film, and the depth of their interplay is only limited by their lack of shared screen-time. 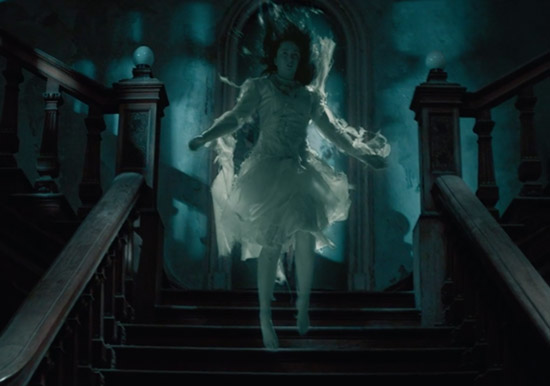 The visuals in The Lodgers, with the mansion’s peeling paint and water-stained wallpaper pasted against the beautiful Irish countryside and woodland, are striking enough to warrant a shot at the big screen. The cinematography itself is well-crafted, and the prolonged closeups and sinking views of faces and winding staircases shows as much relation to Hammer films as it does to Del Toro’s gothic revival piece Crimson Peak. Likewise, the digital effects, which include spooky shots of water behaving erratically, and nude figures acting unnaturally, are low-budget but effective. Nothing looks shockingly out of place, and there’s a particularly beautiful scene involving the character Sean’s amputation and the mansion’s staircase that stuck with me long after the film’s runtime.

All of these features are welcome, and amount to an interesting premise and setup. Unfortunately, the film’s main failing is in the plot, which amounts to . . . well, not much. The supernatural forces of the film’s title, who govern the twins with a set of rules formed into a sort of nursery rhyme, promise a good deal of creeps, but don’t have much impact. Like the ghoulish figures in Herk Harvey’s 1962 classic Carnival of Souls, the Lodgers make increasingly creepy appearances as the plot progresses; unlike them, however, their menace never culminates to something more, but stays at the same level and ultimately feels a little disappointing. We get a bare-bones idea of what they are, but that concept is muddied by a confusing wrap-up that seems like it may be allegorical rather than sensical. Either way, it was too unclear to be deciphered with any satisfaction. 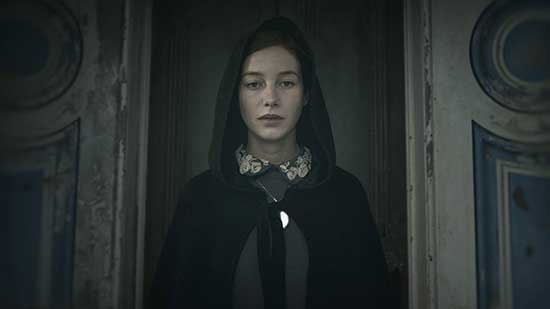 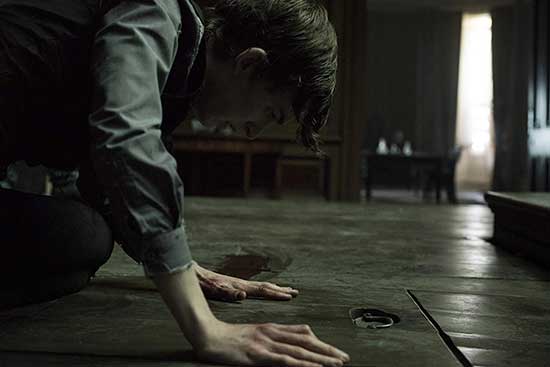 Taken as a whole, O’Malley and Turpin’s The Lodgers is a beautiful, well-shot, and well-acted film where the period setting is partially wasted on an underdeveloped supernatural-horror base. The elements are all in present, but not quite in the right proportions. It’s certainly worth a watch for those horror fans who love a macabre tale that favors atmosphere over plot progression, but it’s hard-pressed to top either the similar revivals of recent years, or its forebearers.