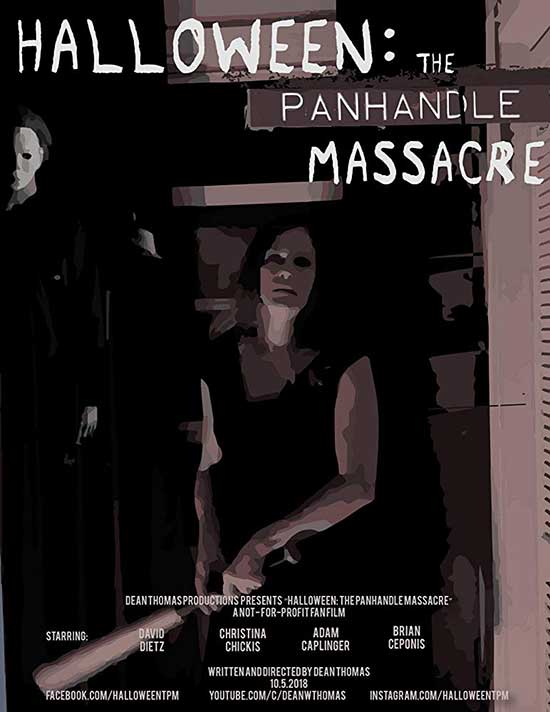 When a seemingly unstoppable mass murderer-recently escaped from a nearby Mental Institute-comes to a small, rural town along the remote Panhandle Trail, all hell comes with him. Aiding a cynical Detective’s (Adam Caplinger) investigation into the mysterious murders is an equally enigmatic Doctor (David Dietz) who wildly claims that the gruesome killings are, in fact, the handiwork of none other than the legendary Michael Meyers (Brian Ceponis). Can the Doctor convince the Detective of the true evil running amok in his town? Or will Michael destroy all the town’s innocent residents-beginning with Heather Peterson (Christina Chickis) and her kids?

Michael Myers returns in this short fan made film. Halloween The Pan Handle massacre features out iconic Myers secretly moved to a mental hospital somewhere on the panhandle trail. The late Dr. Loomis’s son played by David Deitz is in charge of him now. It goes without saying that Michael escapes and is on once again finds a family to stalk. The local cop played by Adam Caplinger believes the dr. to be insane and obsessed with the Myers case. Halloween The Pan Handle Massacre lasts just over 40 minutes.

As our short film chugs along Myers finds an unsuspecting mother and child. The mother is leaving and this sets up the cute baby sitter home alone with the child. The babysitter ends up calling friends over to hang out with her giving Myers the opportunity to increase his body count. I don’t want to get into the Myers mythology much here with all the sequels and remakes and that debate. The short features some of the iconic music scored by horror legend himself John Carpenter. Myers himself seems weaker less intimidating and is suffering from a seriously bad hair day.

Writtten and Directed by Dean Thomas Halloween The Pan Handle Massacre just doesn’t do the characters John carpenter and Debra Hill created justice. The films original music is a sickening mixture of 70’s porn music and old arcade sounds. At a point in the film it just seems to really drag on going nowhere, suffering from a sagging middle. The concept in itself is interesting. The lack of gore violence or suspense really leaves the viewer yawning. Halloween The Pan Handle Massacre is a waste of the better part of an our. If your a Myers fan and have time to kill it may be worth a watch, but remember I warned you. 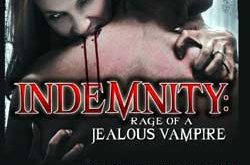