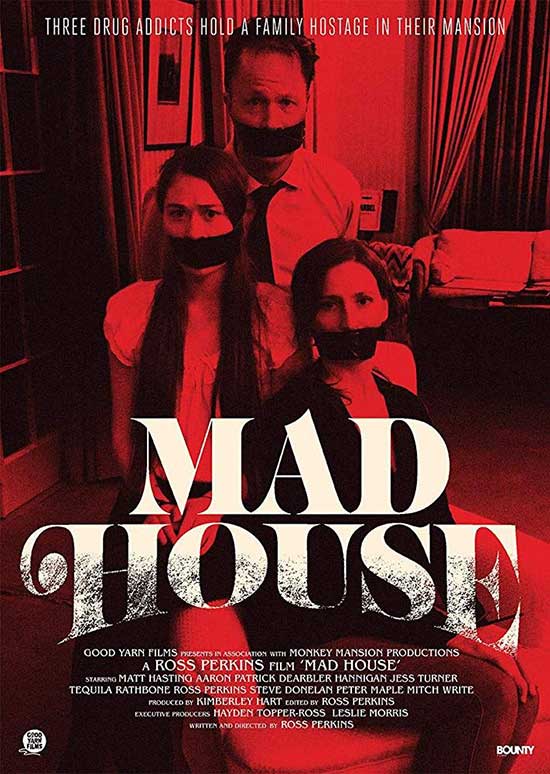 Bounty Films is excited to announce the global video-on-demand release of Ross Perkin’s dark-comedy, Mad House. The film will be available globally on Prime Video, Vimeo on Demand than later via Oona, Mx Player and Roku.

Mad House is a pitch black comedy about three junkies who attempt to exhort a successful real estate mogul, after finding his connection to the criminal underworld. Things soon escalate when they take his entire family hostage in their luxury home.

If they can crack the password of Dale’s phone, it’s these low lives ticket to the high life, they only thing that’s stopping them is their low IQs, constantly partying with friends and performing to the camera, and, let’s face it, being constantly distracted by everything!

“Based on a real life home invasion that went terribly wrong. We chose to shoot the film a smartphone. This way the audience would feel like powerless observers to these horrific events. We also wanted to play with the tropes of the ‘Home Invasion’ genre and the ‘Found Footage’ gene.