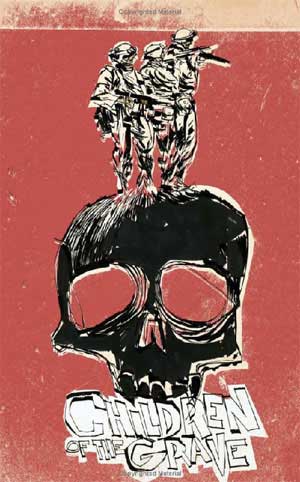 Revenge, retribution and renewal. Children of the Grave is all those things in this TPB reissued release from IDW Publishing. While most horror driven reads focus on the horror aspect and carnage, COTG is a bit different in that respect.

A special forces group by the name of Team Orphan are sent on a mission to the Kilipan mountains of Stinwan to investigate a series of graves left behind by the terrorist Akbar Assan. The team sent in to check things out are about to embark on much more than they ever anticipated. What they find is a valley of empty grave sites that look like someone had dug them up.

Led by Sergeant Reginald Shiv, the team of 3 are ordered to take out the entire platoon led by Askar and assassinate him in the process. Akbar has gone off the deep end and has ordered all the children to be killed to eliminate the threat of future generations of enemies popping up. Akbar leads a merciless team known as the Desert jackals. Because of his paranoia thousands of innocent Kilipanese children were murdered in cold blood.

Time in the desert starts to set in and in the process the team begin to hallucinate. Or are they? Souls of the fallen children begin to appear to the team and warn them of upcoming plans they have in store for the Jackals. Supernatural elements begin to over shadow and in turn it becomes more than a war story but a ghost tale filled with haunting overtones. Team Orphan although only 3 seem to possess the skills to take out many as they attack on stray platoons that have wandered from their posts. Much of the story involves attacks, shots to the head or war crimes that evolve as we build to a haunting conclusion. Still to the dismay of his team, Sergeant Shiv advises his team not to attack any more and wait till further instructions. This sets a sense of doubt in the team though they do as advised. Along the journey we share a bit of the soldiers past, some bonding and a purpose for their current place in life.

COTG evolves into the righteous of the dead as corpses and spirits from beyond begin to take charge of wronged pasts and the present coming forward to rectify what is owed.

A unique story that cleverly incorporates horror into its story telling. Many films came to mind when reading this but somehow the thought of Asian horror came to my mind the most. The tale of a vengeful spirit and war atrocities is something they use quite often in many of their films. COTG had a mix of that influence combined with modern finesse. Art by Casey Maloney is clear, and very well done with a color pallet of earth tones through out provided by Jon Alderink. In this reissue Ashley Wood, a IDW favorite, has brought his unique art style with a new cover piece. Most of all, the story written buy Tom Waltz is heart warming, brutal and rich in a bit of the beyond. A nicely done and clever tale. 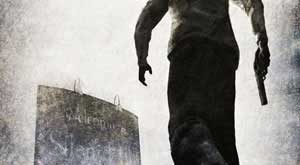 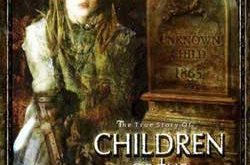