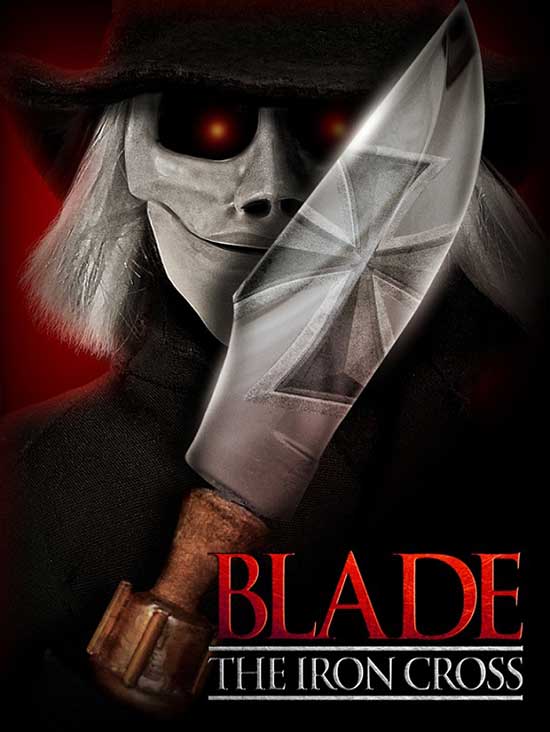 Feast your eyes on the official teaser trailer for BLADE: THE IRON CROSS!

Circle the monstrous month of March 2020 as the time when you’ll get your first taste of the next DEADLY TEN title, BLADE: THE IRON CROSS! Director John Lechago’s kinky and twisted spin-off of the anti-Nazi PUPPET MASTER “AXIS” trilogy starring everyone’s favorite murderous marionette is in post-production as we speak and set for its WORLD PREMIERE on 03/2020 on Full Moon Features and Full Moon’s Amazon Prime channel.

Synopsis: For decades the fans have been clamoring for it, and now Full Moon delivers with the first standalone feature debut of one of its most beloved (and most frightful) characters: the hook-handed maniac puppet, BLADE! Charles Band’s PUPPET MASTER series continues as an unspeakable evil from Blade’s past emerges in the form of a murderous Nazi scientist named Dr. Hauser. As Hauser’s heinous crimes are discovered, the psychic war journalist, Elisa Ivanov, awakens Blade, and together the bloody journey of revenge begins. It’s Herr Hauser’s reanimated undead army versus a possessed doll and a beautiful vengeance-seeking clairvoyant! Who will win, and how will it affect the Full Moon Universe? Find out in BLADE: THE IRON CROSS.

And stay tuned to this page and Full Moon’s social networks for release updates on our 4th DEADLY TEN feature, Lindsey Schmitz’s deliriously sexy FEMALIEN: COSMIC CRUSH, which is set for its world premiere on Valentine’s Day 2020!

BLADE: THE IRON CROSS Now on Blu-ray and DVD! 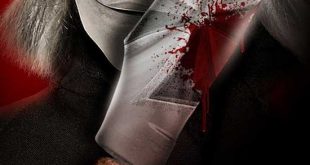