A widely known voice of esoteric ideas, Mitch Horowitz is an award-winning and prolific author of books including the PEN Award-winning Occult America. Horowitz appears in the newly released horror series, FEAR, available for streaming on Amazon Prime Video. He recently sat down with filmmaker and actor Devon Talbott, the creator of the series, to discuss the actual macabre New York History that inspired the series and more. 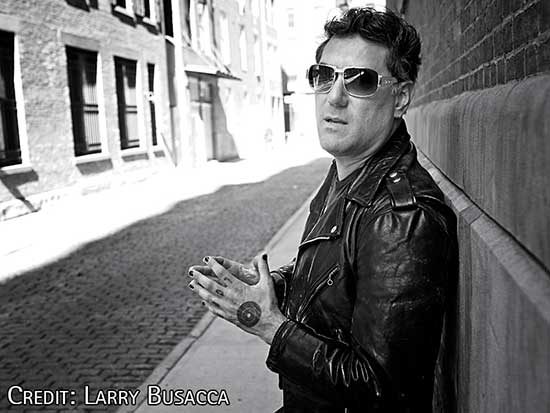 DT: Mitch, it was an honor to have you be a part of FEAR. Your award-winning book, Occult America, was a huge inspiration for FEAR, as were your voluminous legion of other acclaimed writings and works. You are a champion regarding the exploration of religion and metaphysics.

MH: Thanks—one of the things that struck me about FEAR aside from its thematic power and production qualities is the excellence of the performances; very glad to be a part of it.

DT: Thank you! We both certainly have experience as voice actors and narrators; you recorded an audiobook of the original 1939 edition of Alcoholics Anonymous, along with many other recorded versions of your multitude of esteemed works. It would be an understatement to say that you have explored many different types of philosophies and belief systems. The primary commonality that I can see amongst your work, is both to educate and give your readers tools to maintain a positive mindset and harness that to achieve their goals- along with the preservation and understanding of history. Is there anything that you would like to add to that? 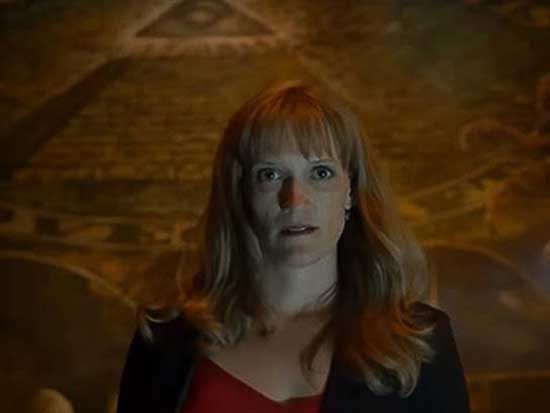 MH: My wish is to trace out the real historicity behind spiritual ideas that we take for granted or figures that we’re apt of caricature or ignore. One of my most meaningful experiences was when a reader approached me after one of my lectures and said how moved she was by book One Simple Idea, which is a history of the positive-mind movement, to realize that there existed a whole lineage of thinkers and experimenters behind the now-familiar idea that thoughts are causative. Whether, or to what degree, one affirms that idea, it didn’t “just happen”—it grew out of many mystical themes and currents, and later on scientific fields of study, like neuroplasticity.

I was similarly gratified when another reader wrote me that she was raised in a New Age household in Southern California and she felt that Occult America gave her a true sense of her own heritage. Again, the ideas that ran through her household, from meditation to astrology to reincarnation, weren’t just woo-woo novelties but there was an authentic religious tradition at her back. Reclaiming the history of the occult, New Age, and esoteric, or the American variants of these things, has been a driving passion for me. 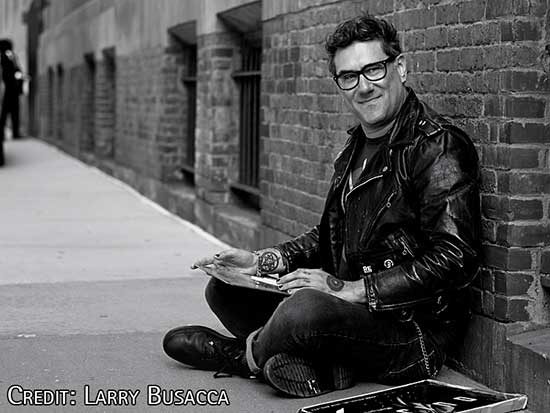 DT: You play yourself in FEAR, a fictional episodic series that is inspired by true occult history. During both the writing and filming process, it was important to me to distinguish between the fictional and the events that has actually transpired in real life. Helena Blavatsky features heavily in the series, and I wanted to make sure that she, as well as Theosophy, were not portrayed in a bad light. And I do thank you for your tremendous help incorporating that into the series. Putting fiction aside for a moment, can you share a bit about the real Madame Blavatsky and the Theosophical society, along with your personal views about them?

MH: Madame H.P. Blavatsky was a Russian-born occultist and world traveller who electrified, and infuriated, Western culture in the late-nineteenth century. She taught hat an occult philosophy formed the basis for the world’s religions, and that we moderns had lost sight of the vast, cosmic history of the human race. HPB, as followers called her, claimed tutelage under a cohort of hidden masters from East. Controversies over HPB will never be settled. 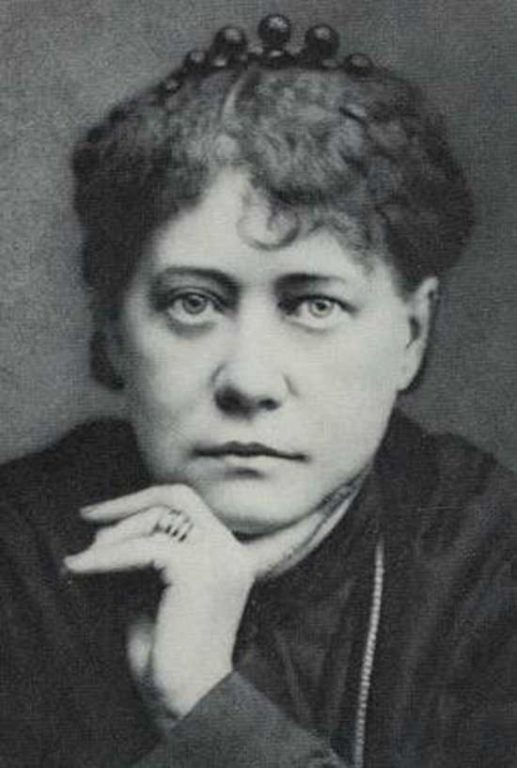 But it can be said with certainty that our world today would look much differently without her. She served as an inspiration to Gandhi, she popularized Buddhist and Vedic ideas, she interjected the term “occultism” into the language, she impacted the work of a wide range of modernist artists, and she ignited the revolution in alternative spirituality that has swept the globe. She was also a New Yorker during some of her most formative years in the mid-to-late 1870s.

FEAR is fiction- but it was inspired by true events. These are excerpts, narrated by Talbott, from Jan Bryant Bartell’s Spindrift about living in the real Greenwich Village House of Death- it is her autobiography.
See the series at: feartheseries.com

DT: Your productivity and quality never cease to impress me. Is there anything that you are working on now?

MH: Yes, I have a new book out in January 2020 called Secrets of Self-Mastery, which is my application of various mystical and esoteric principles to everyday life. I am also working with director Ronni Thomas on a feature documentary on the 1908 occult book The Kybalion, which has a fascinating backstory of its own. We shot on location in Egypt and other parts of the world.

MH: Where did the idea for the series, FEAR, come from?

DT: Well, I lived two streets away from the real Greenwich Village House of Death- purported to be one of the most haunted places in Manhattan. The history of this city provides a lot of inspiration. It also helps that I’m a huge horror fan. Having worked as an actor, I have had the opportunity to understand dramatic structure; how to tell a compelling story. How do you view the horror genre and the darker sides of documented paranormal experiences? 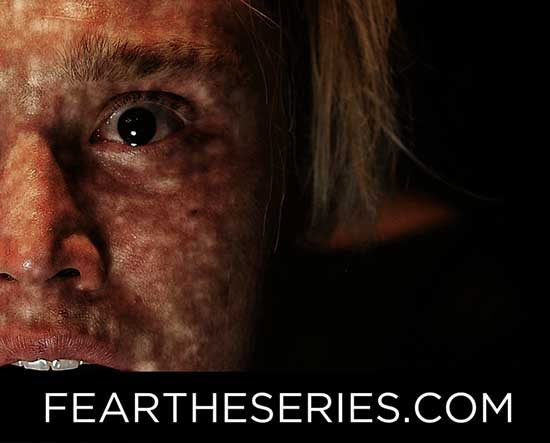 MH: I am a huge horror fan because I think the genre explores themes that have played a perennial role in human history; it is a gateway into folklore, the supernatural, myth, and symbol. For me positivity is not necessarily rosy thinking but deliberative thinking. The positive-mind movement also has occult roots growing out of Mesmerism, clairvoyance, and various mystical experiments. This isn’t a history that’s well understood.

DT: Thank you so much for being part of FEAR and your always wonderful (and important) work! Last question: what is it that you are most afraid of? What is your biggest fear?

MH: My biggest fear is that there’s nothing in the dark. That we human beings do not posses an extra-physical life but we are simply, as one materialist philosopher puts it, “moist robots.” I think we have proof that that’s not correct, but the prospect is terrifying to me.

DT: I think your body of work indicates that there is plenty in the dark.

MH: Not everyone turns their ideas into something tangible, I’ve been there. What made you decided to just go for it?

DT: Well, you were certainly and inspiration- positive thinking and stamina. Having worked as an actor in every medium, I understand how brutal this business can be. I realized that I had the technical capability, the story, the actors with which to make something I could be proud of. Additionally, it became more and more apparent to me that actors who are perfect for a certain role may not even get into the audition room given the politics of this industry. It was important to me to provide the actors in my cast the opportunity to shine in a role that they may not get the chance to play otherwise. And their work has been wonderful! 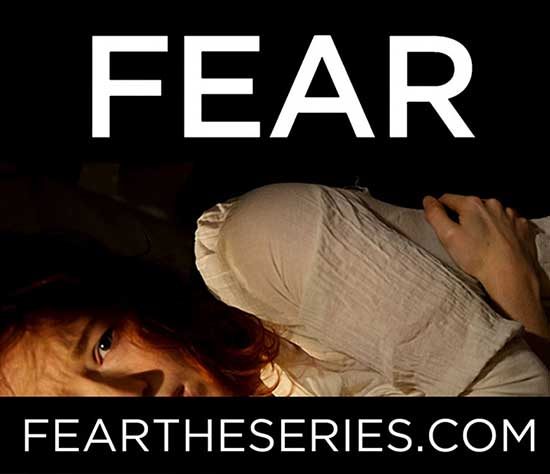 MH: Did the idea come to you as an episodic series of was it a choice to do it this way?

DT: The Internet lends itself to episodic binge watching. I saw the original content that Netflix has produced and that seemed like the perfect direction to go in. The episodes of the series are akin to watching television season online- in both quality and length. We are releasing all of the episodes at once so people can binge watch them- I know that I love to do that!

MH: As a horror lover, what type of horror terrifies you? (if you can indeed be terrified)

DT: Well, the themes we explore in FEAR do scare me! Some of these are isolation, addiction, betrayal of trust. I do not like paint by number horror movies. I believe we can deconstruct the genre in an entertaining way while still scaring the audience and make them think.  I can become invested in a story when I care and relate to the characters, when I am entertained and surprised. It was painful to kill off some of the characters I loved!

Q. You are also an actor, can you tell us more about your acting?

DT: I have been fortunate enough to have acted in every medium now. I’ve worked with celebrities, seeing my face on the big screen, on television, heard my voice in video games, audiobooks, commercials. It’s been quite a ride! I think it’s important for the actor to consider his/her function within the scene, with in the entire story – what purpose do they serve? As an actor and director, I have always been drawn to horror. I believe that the genre provides one of the greatest opportunities for catharsis possible when it is handled the right way.

Q. Do you find being an actor helps you at being a director also? As you’ve been on both sides of the camera?

DT:  Absolutely. As an actor, I know how to communicate with other actors. I have been in their position and I have worked with directors who did not know how to effectively communicate with them. I want my actors to be comfortable and having fun, taking acting chances. I do not believe in the approach of playing mind games with actors to get the results you want. If you are working with an experienced actor, you can get those results by communicating with them. While filming can be an intense process, it should be an enjoyable one that’s a creatively fulfilling as well. 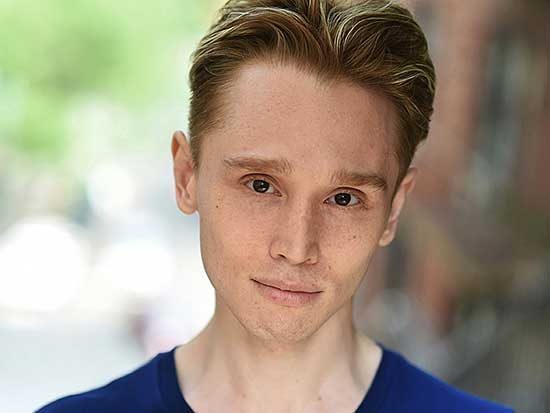 MH: What are your hopes for the future?

DT:  That FEAR delights and scares the audience. I would love to continue to direct/producer/act. Basically, to continue telling great stories!

BIOS:
A widely known voice of esoteric ideas, Mitch Horowitz is a writer-in-residence at the New York Public Library, lecturer-in-residence at the Philosophical Research Society in Los Angeles, and the PEN Award-winning author of books including Occult America; One Simple Idea: How Positive Thinking Reshaped Modern Life; and The Miracle Club: How Thoughts Become Reality. Mitch has written for The New York Times, The Wall Street Journal, The Washington Post, Salon, Time, Politico, and a wide range of zines and occult journals.  Mitch narrates many audio books, including Alcoholics Anonymous. The Chinese government has censored his work. See more at: mitchhorowitz.com

Devon Talbott, the creator of FEAR, is an actor, director, and voice over artist in New York City. He has acted in every medium and can be seen on Netflix, Amazon, heard on Audible, and on many other platforms. He voices Alan in “Yu-Gi-Oh! Arc-V” and will be featured in the upcoming film, Searching Malware. See more at devontalbott.com and feartheseries.com