Glass Eye Pix’s Tales from Beyond the Pale to become free weekly podcast!

TALES FROM BEYOND THE PALE to Launch as Free Weekly Podcast

After eight years of covertly producing the best standalone half-hour episodes in audio drama, Larry Fessenden and Glenn McQuaid’s TALES FROM BEYOND THE PALE is set to haunt new ears as a free weekly podcast.

McQuaid (V/H/S, I Sell The Dead) and Fessenden (Depraved, The Last Winter, Habit) will launch the podcast on October 10, 2019 with a brand new audio drama entitled REAPPRAISAL, written and directed by McQuaid and featuring Fessenden as a mysterious stranger determined to buy a property from an unstable seller played by TALES regular Clay MacLeod Chapman (author of the acclaimed new novel “The Remaking”). The following week, October 17, brings IN THE WIND, a creature feature set on a chilling mountaintop besieged by flying monsters. Both audio dramas were performed live in Oregon’s Timberline Lodge as part of the 2016 Overlook Film Festival. 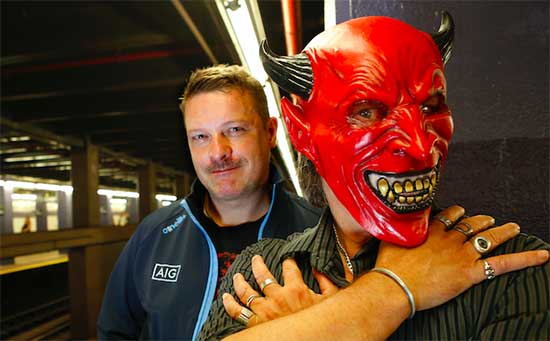 Following these two new world premieres, TALES FROM BEYOND THE PALE, THE PODCAST will offer up a different episode each week, mixing premieres and new content with tales plucked from archives comprised of 40+ half hour recordings by a diverse swath of genre writers and directors including Graham Reznick (Dead Wax, I Can See You, Until Dawn), Stuart Gordon (Re-Aniamtor, From Beyond), Eric Red (The Hitcher, 100 Feet) , Paul Solet (Grace, Bullet Head), Jeff Buhler (Pet Sematary, Jacob’s Ladder), Ashley Thorpe (The Hairy Hands, Borley Rectory), Sarah Langan (author “Audrey’s Door), and April Snellings (author “Ghoulish: The Art of Gary Pullin”), as well as McQuaid and Fessenden themselves.

While Inspired by old radio dramas featuring Boris Karloff and Orson Welles, TALES is decidedly modern in its approach, pushing the boundaries of immersive audio entertainment, offering up diverse styles and tones in its embrace of the vast potential offered by the genre of the macabre. Tales has earned awards and accolades in its near decade-long history (“Remains the genre’s best contemporary offering”—Rue Morgue Magazine) – and new listeners will now be able to enjoy this beloved series on their favorite podcast platform.

Fessenden says, “It has been a great pleasure producing TALES over the years and we look forward to getting these immersive pieces out to a new audience.”

McQuaid adds, “From the writing and direction to the performances, sound-design, music, and foley, I am beyond proud of our anthology of audio drama and can’t wait to get it out to new ears. We’re here to put fear in your ear.”