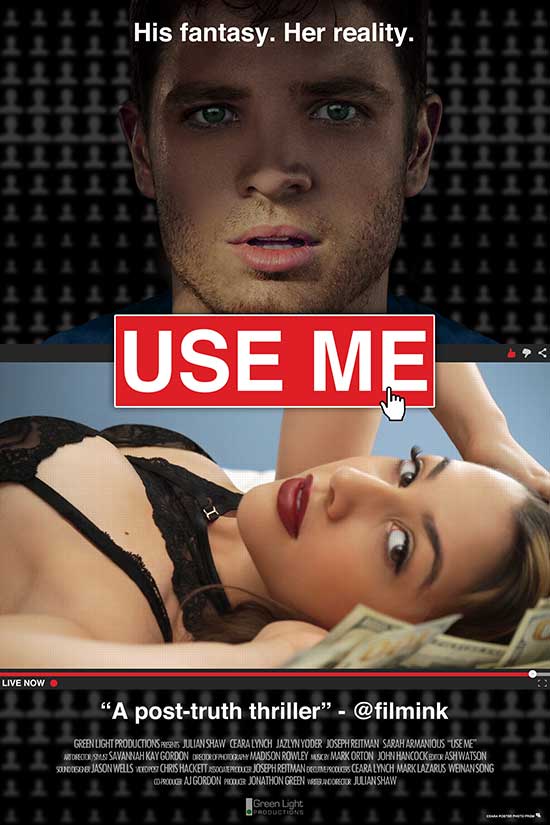 Use Me
AVAILABLE ON BLU-RAY, DVD, DIGITAL HD AND ON DEMAND
NOVEMBER 26, 2019 FROM GRAVITAS VENTURES

Gravitas Ventures, a Red Arrow Studios company, has acquired international and United States rights to suspense thriller USE ME, written, directed by and starring Julian Shaw and the world’s most famous “mental humiliatrix” Ceara Lynch. The film will be available on Digital HD, Blu-ray, DVD and On Demand in the U.S. and Canada on November 26, 2019.

From award-winning documentarian Julian Shaw (Darling! The Pieter-Dirk Uys Story, Cup of Dreams), the director plays himself, alongside real-life “mental humiliatrix” Ceara Lynch in her feature length film debut, as an ambitious documentary filmmaker who discovers the darkest parts of himself when he turns his camera on a beautiful woman who humiliates men for money. The film also stars Jazlyn Yoder (A Dark Place, “Chicago P.D.”), Joseph D. Reitman (Jay and Silent Bob Reboot, “Happy”) and Sarah Armanious (“Fighting Season,” “Cleverman”).

USE ME was produced by Jonathon Green of Green Light Productions. Lynch also serves as an executive producer.

In USE ME, Australian filmmaker Julian Shaw (as himself) travels to the United States to direct a documentary about ‘mental humiliatrix’ Ceara Lynch (herself), who has successfully built a career as a leading star in this new niche of online sex work by humiliating men online without ever exposing herself or meeting them in person. Soon, Julian develops feelings for his subject, but could it be that Ceara is blackmailing clients who trusted her with deeply personal materials? What was meant to be entertainment quickly becomes a matter of life and death.

Ceara Lynch, the world’s most famous Mental Humiliatrix, who has successfully built a career by humiliating men online without ever exposing herself or meeting them in person, is making her feature length film debut in the suspenseful thriller, Use Me, which will be released by Gravitas on Digital, Blu-ray and On Demand November 26.

Ceara stars as herself in the new film, alongside Australian filmmaker Julian Shaw, who travels to Portland to direct a documentary on Ceara. They soon realize that the lines of reality and fantasy are blurred when entertainment quickly becomes a matter of life and death. The film also stars Jazlyn Yoder (A Dark Place, “Chicago P.D.”), Joseph D. Reitman (Jay and Silent Bob Reboot, “Happy”) and Sarah Armanious (“Fighting Season,” “Cleverman”).

The film utilizes the stylistic features of a documentary and by “blurring the line between fantasy and reality in ways both subtle and overt, it manages to keep you guessing right up until the end.” (FimInk)

Check out the trailer at: youtu.be/_TYOKvo225o 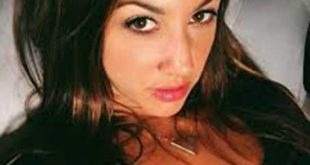 Interview: Ceara Lynch (Use Me) 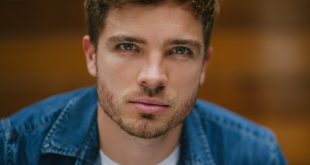 Interview: Julian Shaw (Use Me)