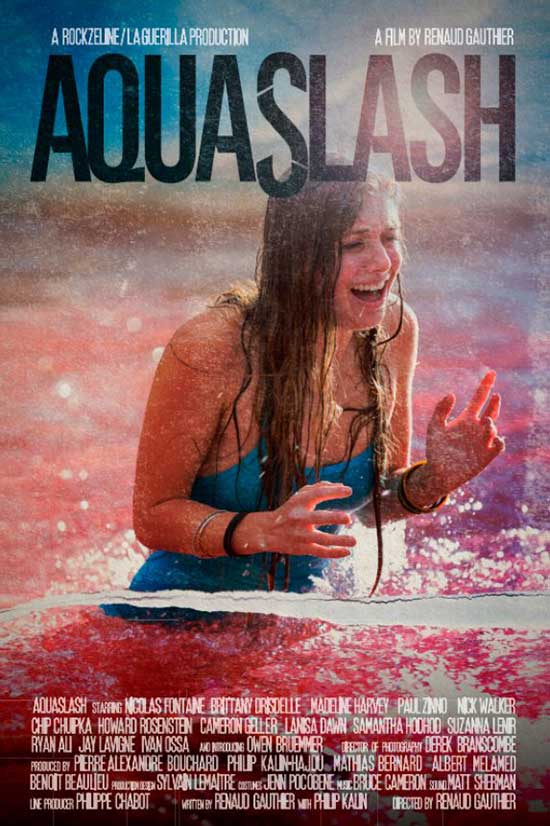 Six years after “DISCOPATH”, Renaud Gauthier reaffirms his love of exploitation cinema. Harking back to the 1980s, “AQUASLASH”, that had its world premiere at FANTASIA Film Festival, combines all the essential elements of a mad slasher movie: gushing blood, bikinis and teenage turmoil.

In “AQUASLASH”, extreme gore (courtesy of the Blood Brothers, who previously worked on TURBO KID and LES AFFAMÉS, among others) is juxtaposed with ’80s rock songs to create something that is both vintage and original.

Gauthier’s second feature promises to do for water parks what JAWS did for beaches: scare you away from the water!

The Wet Valley Water Park welcomes high-school students over the weekend who have come to celebrate their graduation. With their hormones sent through the roof, they unleash their libido. And things grow gruesome when it turns out that a mysterious maniac has inserted giant razor blades into the water slides. The Wet Valley water park thus becomes the backdrop for a bloodbath, and everyone is a suspect… 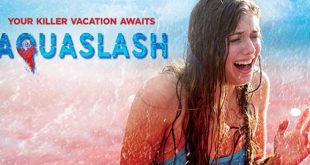