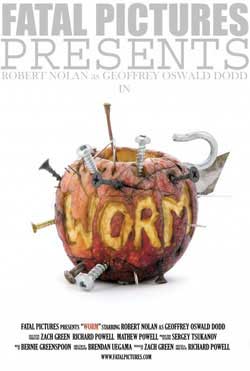 A day in the mind of Geoffrey Dodd, a seemingly kind, gentle and sane High School teacher. As we follow Geoffrey through the course of a typical school day we gain an eerie insight into the darkest corners of his soul and beyond. Beneath the carefully constructed veneer of Geoffrey Dodd lies something wretched, insidious and foul rotting him from the inside out.

Zach Green is back with another intriguing contribution. You may remember him from our review on his previous short film “Consumption”. This new short is titled simply “Worm”. Under the guise of Fatal Pictures, Zach Green has created a really strong psychological piece that in many ways might remind one of themselves at times. Geoffrey Dodd is a high school teacher who goes thru life pretty passively, polite and cordial.

He also is a perfect example of why the supreme beings above deny us all the gift of mind reading. While life seems normal, static and mundane on the outside, there is an raging beast within him that goes thru each day in a paradoxal opposite. Cynical, insulting, careless, jealous, rude, vindictive and everything in between. Yes for cinematic purposes we are narrated thru most of the film from his “inside voice” as it proclaims slander after slander with all the wrong intentions.

Worm the title, most certainly refers to the rotten to the core scenario that symbolizes an apple as a fine piece of fruit decaying from the inside. While humor is taken in stride in his condemning dialog,the short film quickly releases more evil intentions that are brewing from within. These range from murder to pedophilic premeditations to a stalker mentality.

The tension lies in the notion of at what point does the mind cross over into reality and influence these darker motivations. Zach Green and Richard Powell capture this perfectly with a smart script and a impressive dialog performance from Robert Nolan who plays the deteriorating lost soul Geoffrey Oswald Dodd. Definitely one to watch that provided entertainment from a number of angles. We look forward to catching more of this directors work in the future. 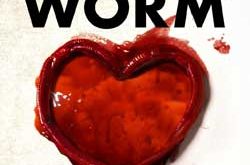 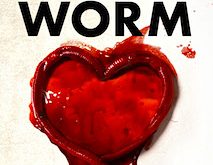