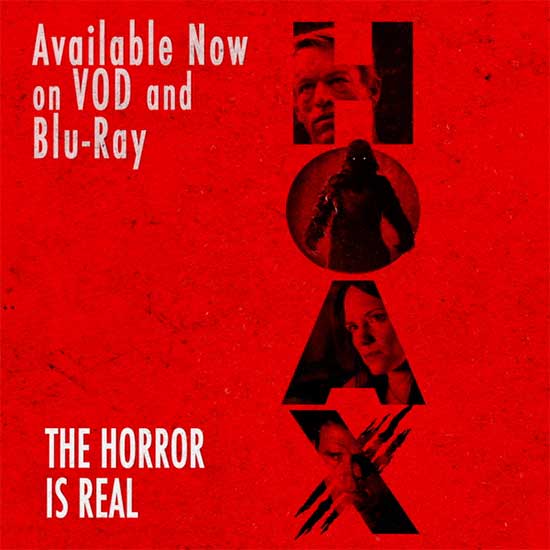 Epic Pictures and Dread are thrilled to announce that this summer’s BIGGEST horror film, HOAX, is now on VOD and Blu-ray!

An investigative team travels deep into the remote Colorado wilderness  after a group of young campers are viciously murdered by what may be  Bigfoot. While the highly specialized crew  searches for evidence, they find themselves in a fight for survival  against the legendary beast. What they encounter turns out to be more  unexpected and dangerous than anything they could have ever imagined.