Home | News | The Murder Mack: New poster revealed and other films in que

The Murder Mack: New poster revealed and other films in que

Plotdigger Films is staying busy with the recent release of “Star Vehicle”. Here is a peek at things to come.

A few other mentioned – though please note –
Note: All information on upcoming projects is subject to change!

ALARMING
For security guard Dale Wallenchuk and his co-workers, it starts as a regular assignment: a cushy job at a construction site for a luxury condo development on the edge of town. But there’s something sinister in the nearby swamp, and now workers are going missing, turning up dead — or worse. The natives say the land is cursed, haunted by an eldritch nightmare. A depraved and disgusting creature, driven to kill, to feed… and to spawn. It’s blood and ooze by the barrel as Dale and his crew go toe-to-tentacle with an evil older than time. If an alarm goes off in the forest… will anyone be alive to hear it? 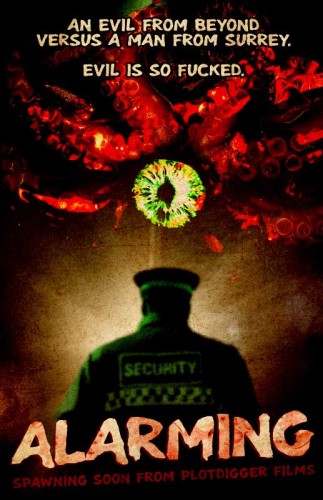 GUTTERBALLS 2: BALLS DEEP
BBK strikes again! Everyone’s favourite bowling-bagged butcher goes off the deep end, taking his trade from the bowling alley to an enormous outdoor waterslide park in pursuit of the tenacious survivors from the first film. It’s a playground of pain with a new crew of suspects, scumbags and smoking-hot babes. Who’s behind the bag this time? Who’ll survive this day of chlorinated carnage? All we know for sure is, a whole lot of people are gonna slip, slide… and die! 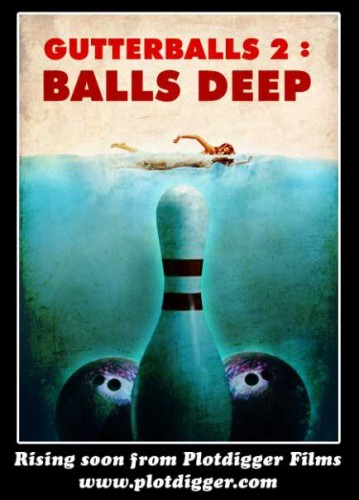 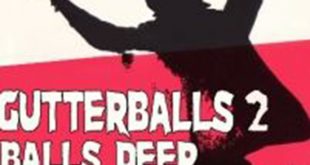