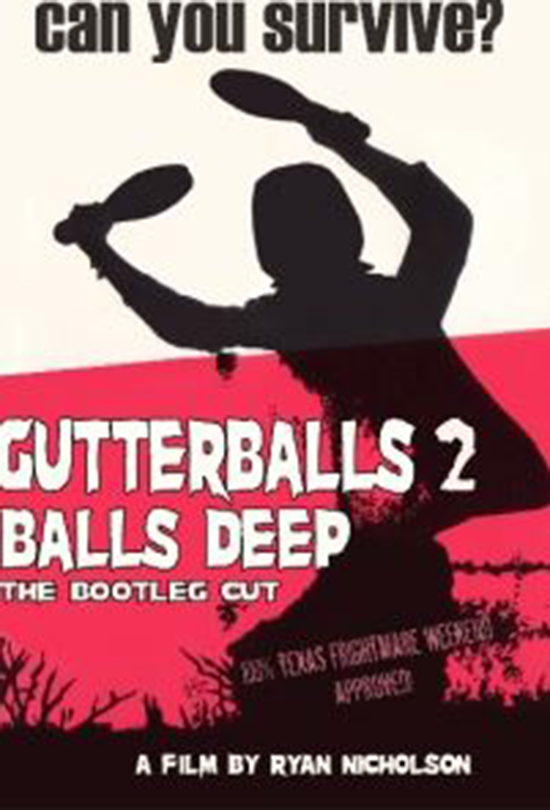 Written and directed by Ryan Nicholson who previously helmed the first “Gutterballs”, creating the masked killer “BBK” and some of the most shockingly gruesome, seedily explicit sex and death scenes ever created.

Now here’s something special for fans of the films of Ryan Nicholson (which definitely includes me). We’ve come to expect a few things from the work of the Canadian filmmaker: dark humor, nasty characters, and a specific brand of intense gore that puts his films in nearly every discussion on “nastiest movie kills.” And he didn’t waste much time establishing this style – looking at his filmography, Live Feed serves as an appetizer, whetting our appetites and giving us a little taste, while Gutterballs and Hanger give us full servings of nastiness, and then Collar serves as the dessert, a tiramisu of blood, guts, and gore. All of these films have led to high expectations from the announced but not yet completed Gutterballs 2. Life temporarily got in the way of the much-awaited sequel, but we’re getting closer. And in the meantime, we have Gutterballs 2: Bootleg Edition. 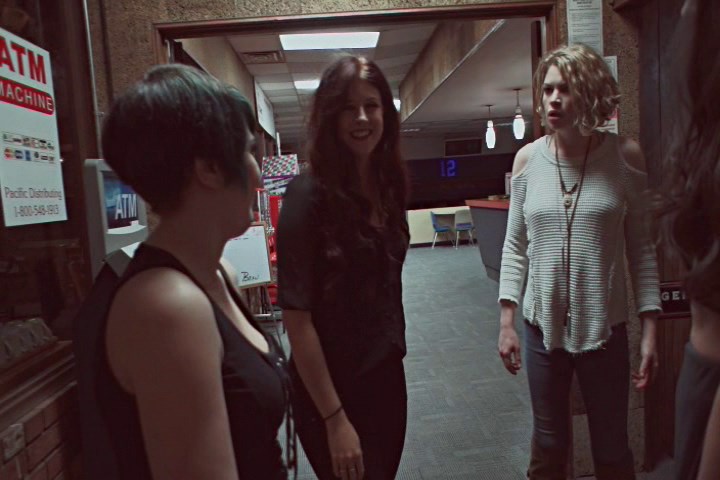 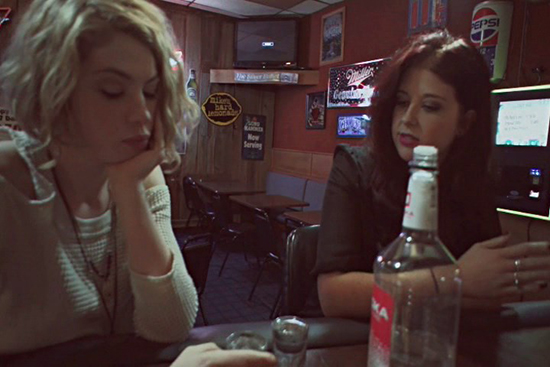 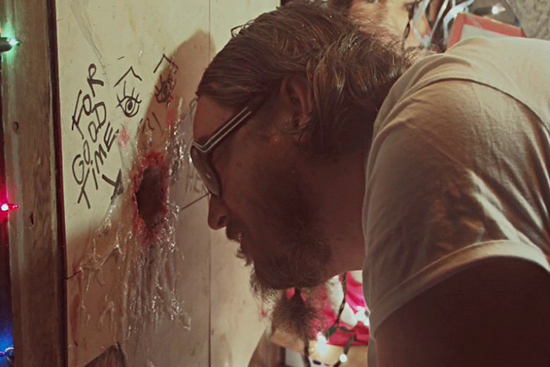 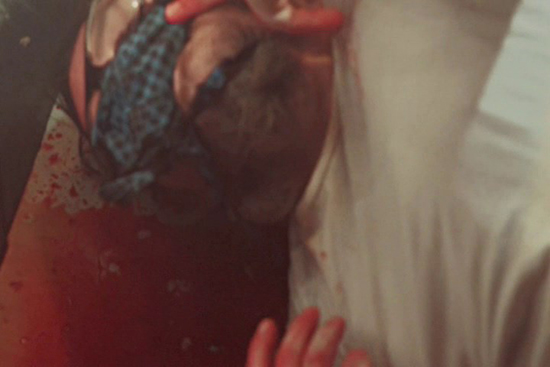 So what exactly is this, if the film is not even finished yet? This is a combination of a couple things. The first forty-seven minutes find us back at the lanes, sometime after the events of the first film. According to Ryan, this is the long version of what will essentially be a film within a film playing in the background in parts of the final release of Gutterballs 2. The last twenty minutes or so (as well as the very first scene of the movie) are also known as More Dead Nude Girls, a short film released in 2016. But that’s enough backstory; let’s get to the movie itself.

Our main character is Stacy, played by Aiden Dee (who was also featured as the protagonist, Dana, in Nicholson’s Collar). Stacy unhappily works at the bowling alley, which is somewhat surprising, as we quickly learn that she was related to some of BBK’s victims in the first Gutterballs movie. Even more surprising is that her friend and co-worker, Kat (Kirsty Peters; see also Peelers and the Luchagore segment, Dia de los Muertos, in Mexico Barbaro), has invited friends to the alley after hours on the anniversary of BBK killing Stacy’s dad and sister, and they bring along a Magic 8-Ball in hopes of contacting her dead relatives. So, not at all surprisingly, bloody, gory murder ensues. 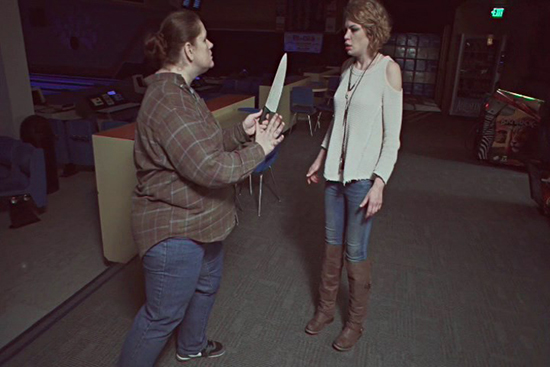 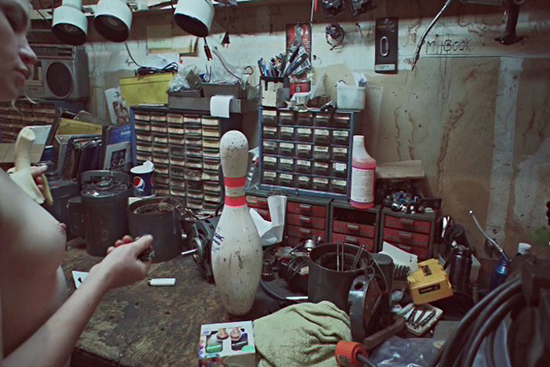 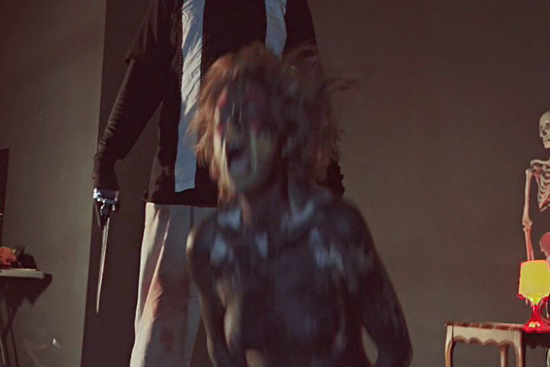 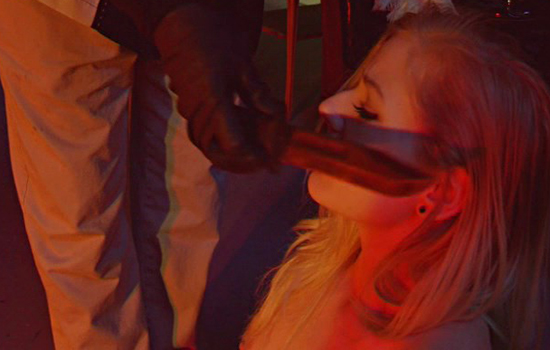 Along the way, we meet some other characters. There’s Maurice (played by Ryan Nicholson), the scummy cook at the bowling alley. Maurice is married to Irene (Stephanie McFarland), and it’s hard to tell if she’s a good person in a perpetual bad mood, or something much worse. Monty, also played by Nicholson, is a creepy regular having some beers. Eventually we meet Madi (Momona Komagata; Rachel from Collar as well as Lina in Vince D’Amato’s The Valley of the Rats) and Lissie (Holly Pottie), the friends Kat invited to conjure the spirits. And don’t forget about the man of the hour, BBK, the third role played by Nicholson. It’s also worth noting that during the intro credits, the names of the cast are replaced by the line “Starring: a bunch of people who will regret this years from now.”

Gutterballs 2: Bootleg Edition is a slasher film, so of course the kills are creative and nasty. BBK is essentially what Jason Voorhees would have become had he taken British Columbia rather than Manhattan and developed a penchant for destroying genitals. As expected, people are mutilated and killed with bowling balls and bowling pins. But there’s also a glory hole related death (or two… or three, technically), as well as a vicious callback to events from the first film. And every single one is over the top, gory, bloody, and ridiculous in just the right way. Megan Nicholson is the creator of the makeup effects here, and she’s just getting better and better with every film. I think the stand out scene is when Stacy begins to lose it, but instead of curling up in the corner and feeling sorry for herself, she strips down, paints herself in BBK colors, then crawls through the blacklight-glowing lanes and licking a bowling pin before using it as a weapon. The first half of this comes across as strangely sexy; the second half is extremely brutal. 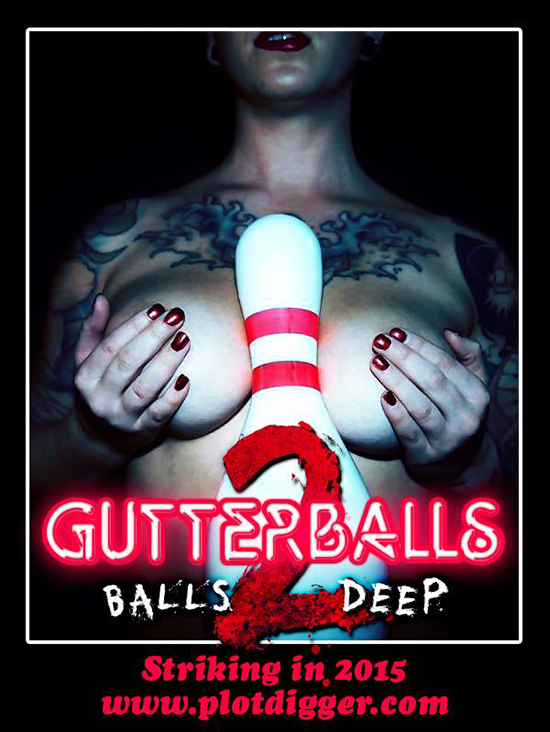 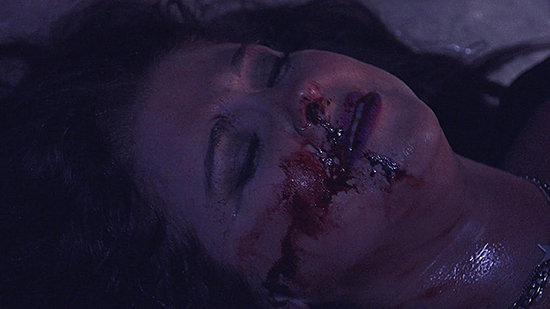 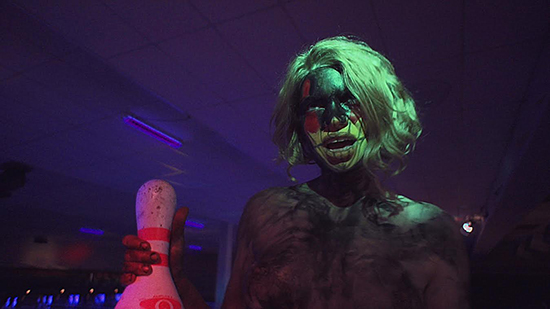 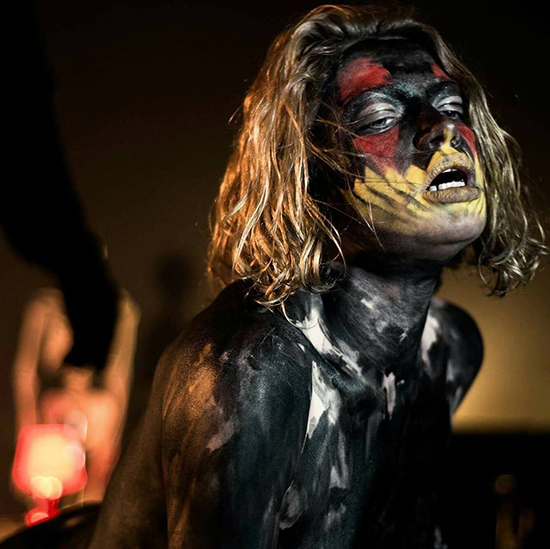 With Nicholson adding More Dead Nude Girls to the end of Gutterballs 2: Bootleg Edition, it ends up taking a Snuff-like direction. Here we have Ryan Nicholson going over lines with a couple of actresses and getting increasingly aggravated. Soon he puts on the BBK mask and torments the girls, berating them and forcing them to do things against their will, then getting more violent and referencing the “death by 69” from the first movie. As a short, stand-alone film, it works fine as a nasty slasher, but as an outro it works on a whole different level. Just like the end of Findlay’s Snuff, where we see the director and camera crew and recognize the people as actors, here we have the same type of breaking of the fourth wall. Whether this was the intention or not, it works, and it makes for a very different movie as a whole than as separate parts.

Now, here’s the bad news: I don’t know how available this film will be for people to see. Little snippets will be seen in the background of the finished Gutterballs 2: Balls Deep, and, as I mentioned, the last section was available through the Plotdigger Films website (and is now probably available for inflated prices on eBay). I feel fairly certain that the final movie will be better than this early edition. Not to say this isn’t good; I enjoyed it quite a bit. But it is rough, and goes in a lot of directions all at once, getting a bit lost at times. The gore is great, there are funny parts and sleazy parts and funny sleazy parts, and overall it is an entertaining slasher film. A must-see for fans of extreme gore and Nicholson’s previous films; as for the rest of the horror audience, try to find it, it’s certainly worth your time, but the finished version will no doubt be more up your alley. *womp womp womp*