Home | “ARTIK” is the Killer Summer you have been Waiting for!

“ARTIK” is the Killer Summer you have been Waiting for!

“ARTIK” IS THE KILLER SUMMER TREAT
YOU’VE BEEN WAITING FOR!

Award-winning filmmaker, Tom Botchii, is gearing up for the World Premiere of his horror-thriller, ARTIK. With Popcorn Frights just weeks away, we have an exclusive look at stills from the film.

A comic book obsessed serial killer teaches his son how to get away with a series of brutal murders until the boy befriends a mysterious man who threatens to expose everything.

“It sounds funny but making ARTIK, a film about a murderer, was actually, kind of healing. Truth is, the character himself is loosely based on my dad and the character of Holton was based around an ex-girlfriend,” says Botchii. “So from the moment that I started writing, it felt like the story was just pouring out of me and releasing a lot of pent up emotion. And that was the original goal, do something that gets this off my chest, but also works as a small, independent horror production. Then, small began to morph into real which then changed into holy crap – it’s happening! And now, it feels like it’s truly starting to take on a life of its own.” 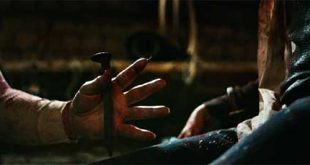 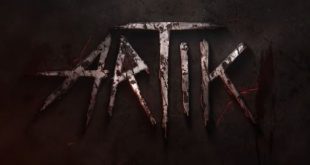