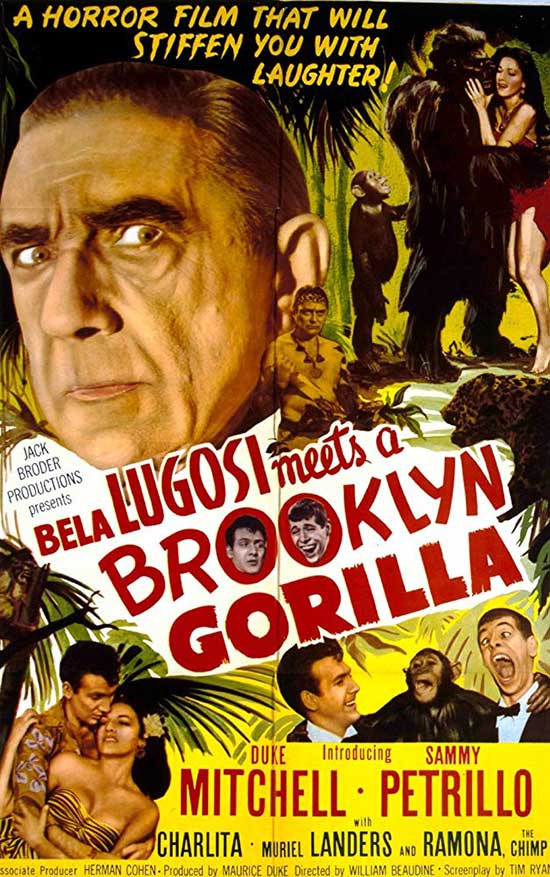 It’s kind of sad how much Bela Lugosi’s star had fallen in Hollywood by the 1950s. He was pretty much living in poverty when Ed Wood started to cast him in his films. Lugosi was at a point where he was taking any role he could at that point, anything to keep himself afloat. That explains a lot, particularly how in all that is holy he ended up making such unredeemable crap like the William Beaudine directed Bela Lugosi Meets a Brooklyn Gorilla. Yeah, Woods’ movies sucked, but they sucked in a way that made them unintentionally hilarious. Beaudine’s effort couldn’t even match that achievement, such as it is. 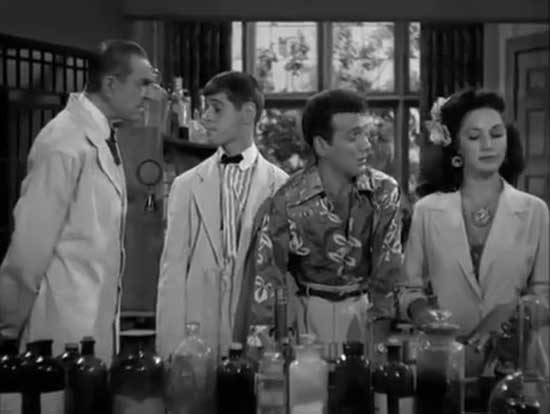 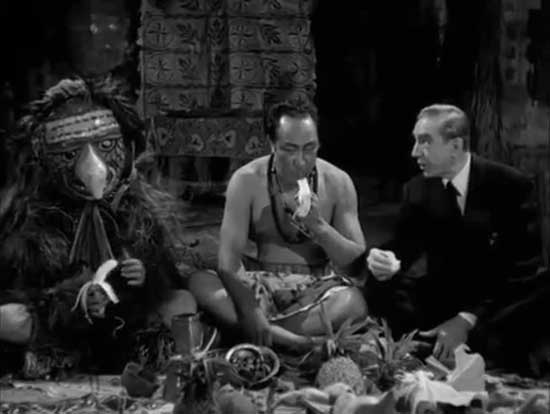 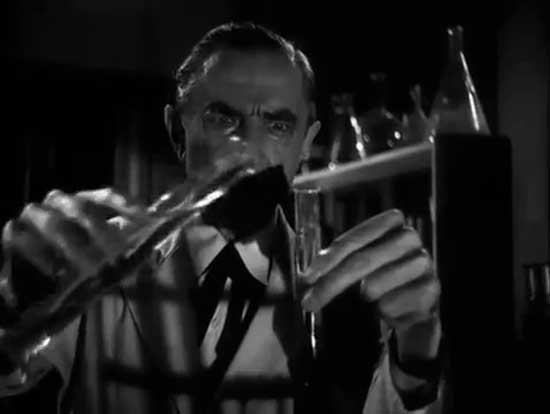 So two guys that are third rate knockoffs of Dean Martin and Jerry Lewis, named Duke Mitchell and Sammy Petrillo (playing themselves),  are on their way to perform for the troops stationed in Guam. Considering that neither of these two idiots is remotely tolerable, I really think the troops are being punished for some infraction. Anyways, our bumbling heroes end stranded on an island named Kona Kona. For some inexplicable reason, the tribal people that inhabit the island take a liking to the guys. Either the tribe is made up of people so friendly that they’re practically saints, or they’re sadists that want us the world to suffer the indignity of Mitchell’s and Petrillo’s continued existence so they let them live. The tribe’s princess leads the duo to a castle inhabited by a mad scientist (Bela Lugosi) who may be able to get the two off the island. At first, the scientist seemed willing to help the pair out, but as soon as he realizes that the princess and Mitchell have the hots for each other, he decides to use his experiments turn Mitchell in a gorilla out of a fit of jealousy. 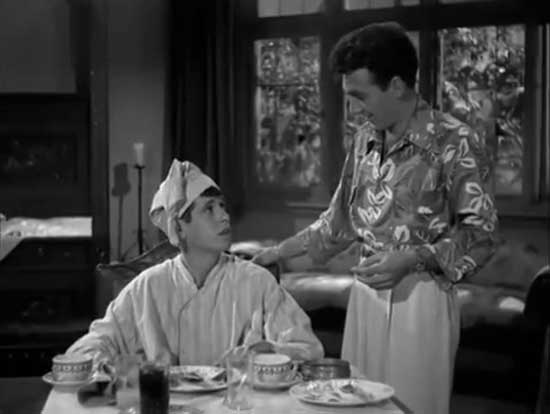 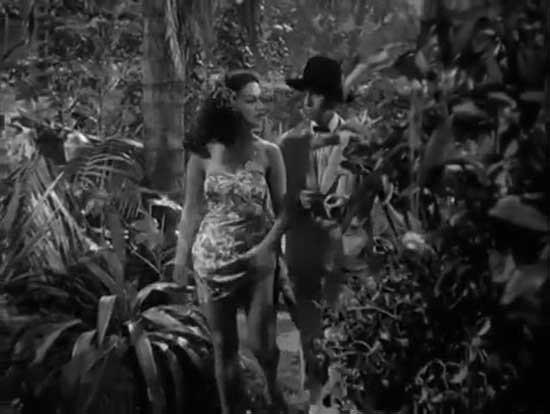 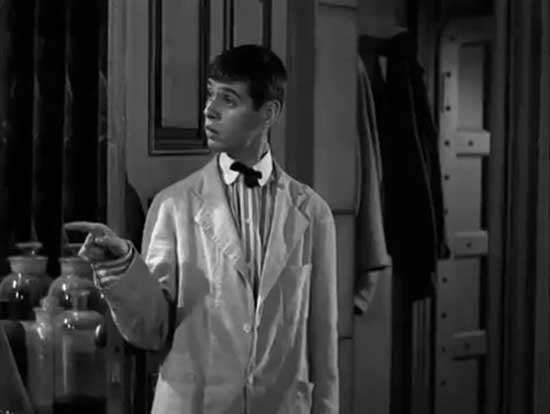 As my previous comments may have indicated, I didn’t care much for Duke Mitchell or Sammy Petrillo. They truly were Martin and Lewis wannabes, and the problem is that they really aren’t nearly as interesting or talented as the duo they were trying to ape (yeah it’s a bad pun. I regret nothing).. Considering I always found Jerry Lewis annoying under the best of circumstances makes Petrillo that much more insufferable since his entire career was apparently based around mimicking Jerry Lewis if Lewis’s more grating aspects were turned up to 11. Mitchell was the least obnoxious of the two, but that’s not exactly saying much It wasn’t just Petrillo antics that made sitting through this awful film so miserable. It was his awful, nails down the chalkboard, grating, voice. The sound of him uttering a sound was enough to make me cringe and want to punch something. Mitchell was at least mildly tolerable since he was just bland and not as talented as he thought he was, so as far as I’m concerned, the wrong person had been turned into a primate in the movie. If it had been Petrillo turned into a gorilla, then the movie would have at least elevated itself out of serious contention of being considered a war crime. Petrillo seriously brought being obnoxious to a whole new level, bringing untold suffering to anyone who watched him. It’s surprising that anyone found anything he did entertaining. Considering that I had never heard of him before having to sit through this wretched heap of a cinematic turd, I’m thinking what little fame he may have had was middling at best. 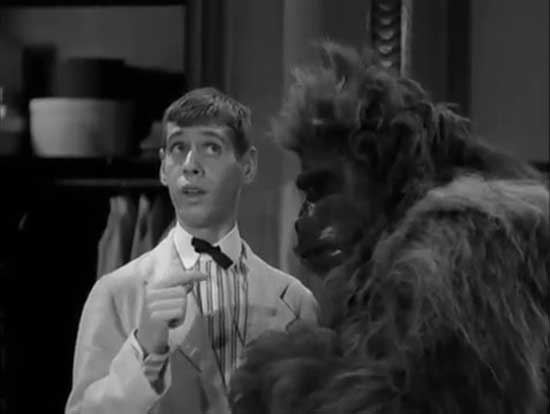 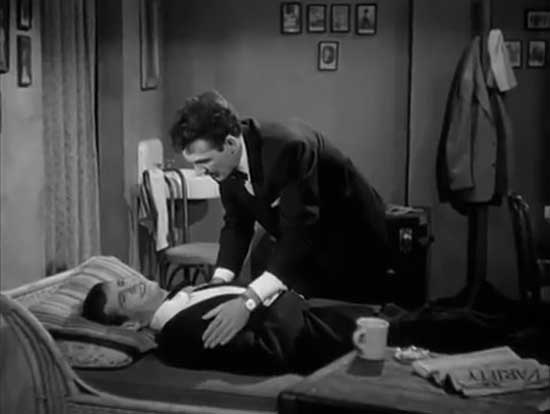 Another problem is that this movie was supposed to be a mixture of science fiction, horror, and comedy. However, nothing that happens is genuinely scary or funny. Heck, nothing is even unintentionally funny, and I could have handled that. What makes it even sadder is that Mitchell and Petrillo are supposed to be a comedy duo. Doesn’t say much for their skills in that category, does it? Of course, Petrillo ruined every aspect of the movie for me, so maybe if someone capable of not wanting to commit seppuku after hearing his voice might actually find him more humorous than I. However, to me, the jokes seemed flat and their delivery didn’t work out. 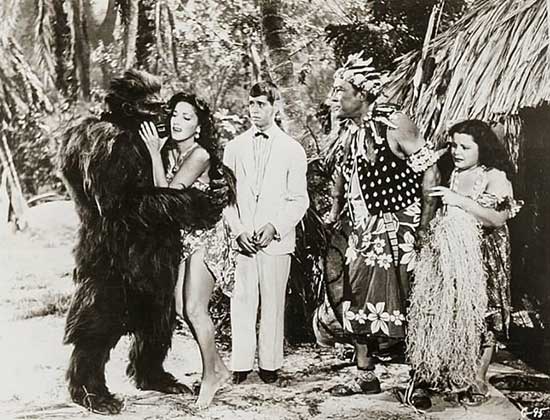 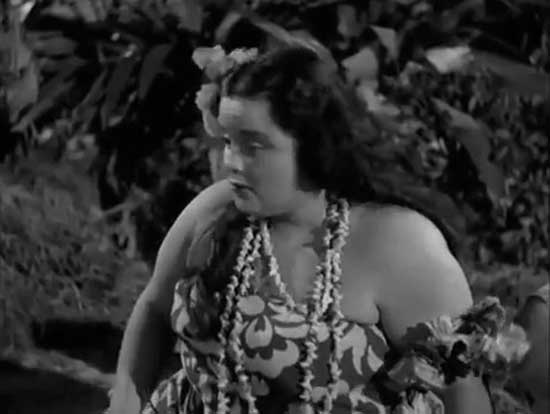 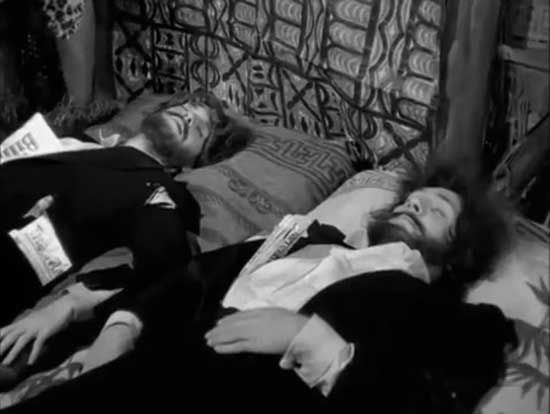 So, next to Petrillo’s Jerry Lewis schtick making the movie agonizing, nothing much happened to make the film worth note. As I mentioned, Mitchell was kind of tolerable if you didn’t mind the fact that he was trying so hard to be Dean Martin. The story itself was dull and kind of stupid, and its resolution was so crap that it made me roll my eyes. The rest of the cast was at least fairly decent in their roles, never being bad enough to make me groan. I’m not saying we have award-winning performances here, but at least passable. Bela Lugosi, of course, did the best he could with what he had and was the only really good thing about the flick. The special effects were what you would expect from a b-grade movie from the 1950s, so you’re not exactly going to be blown away by anything that happens on screen. 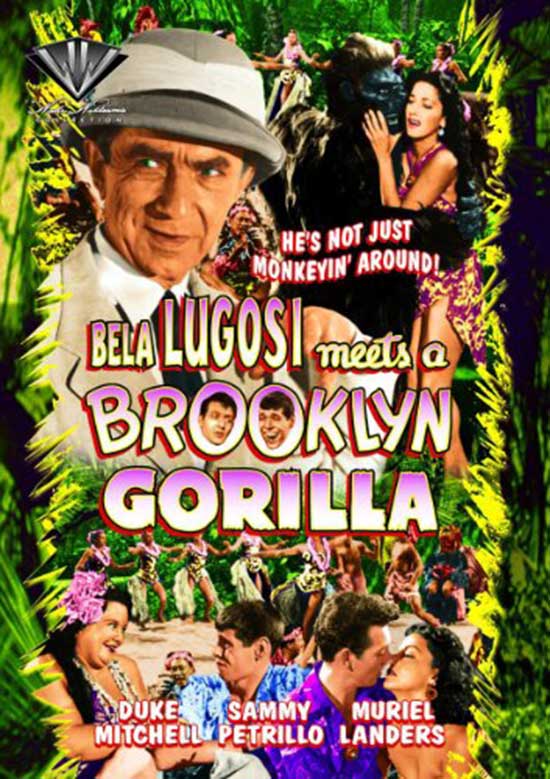 To sum it up, this movie was terrible. It wouldn’t have been good even if it actually starred Dean Martin and Jerry Lewis, but it’s made so much worse with Mitchell and Petrillo. Neither one had what it takes to carry a film like the duo they so desperately want to be like, and Petrillo takes his Lewis imitation to such obnoxious depths that what little hope Bela Lugosi Meets a Brooklyn Gorilla of being even slightly enjoyable was ruined. Bela Lugosi deserved better than this film, and it’s a shame that he had to stoop so low to take the part. Avoid this movie like the plague.