THE DARK SIDE OF THE MOON – Now Available from Unearthed Films 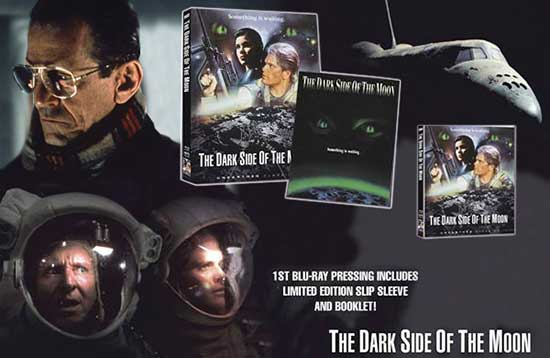 THE DARK SIDE OF THE MOON is hitting June 11th as the second offering from Unearthed Classics, the NEW brand that recently released the collector’s favorite: THE UNNAMABLE.

The first-pressing of the Blu-ray comes with a limited edition slip cover and booklet. THE DARK SIDE OF THE MOON is loaded with features and is a newly restored 4K transfer.

It is the year 2022. The space ship Spacecore-1 is on a routine “rehab” mission chasing down and repairing nuclear satellites in the Earth’s orbit. Suddenly, a mysterious systems failure causes the craft to drift helplessly and head on a crash course towards the dark side of the moon. Rapidly running out of fuel and oxygen the crew is surprised to observe an old NASA space shuttle approaching fast. Upon boarding the shuttle they find that something sinister is afoot. One by one the crew are possessed and killed by the evil presence they have unwittingly unleashed until only one of them remains. It is now up to the sole survivor to discover the mysterious link between the dark side of the Moon, the Bermuda Triangle, and the Devil himself. 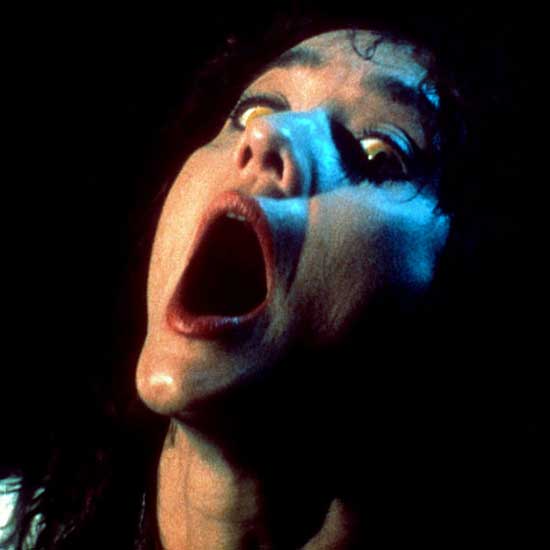 Dark side of the Moon – Trailer from Unearthed Films on Vimeo.

Tags THE DARK SIDE OF THE MOON