Home | THE BANANA SPLITS MOVIE – They Are Back With A Vengence – Just Announced!

THE BANANA SPLITS MOVIE – They Are Back With A Vengence – Just Announced! 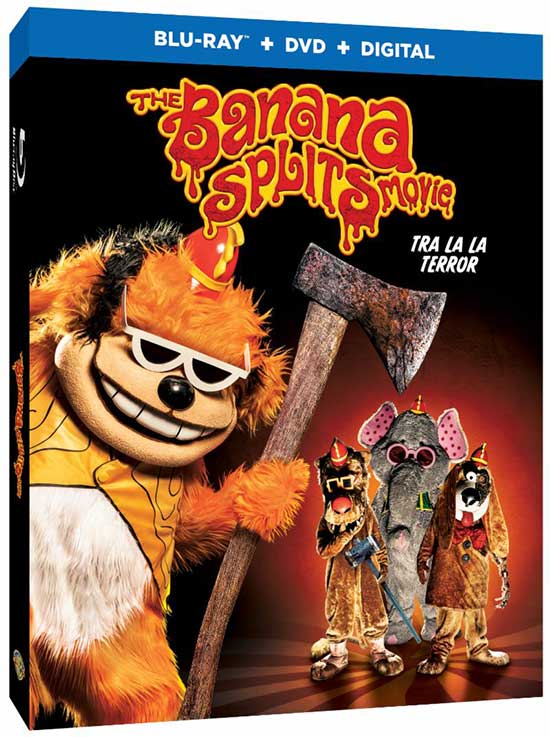 One banana, two banana, three banana, GORE! The cult-favorite animal rock-band from Hanna-Barbera’s 1968 The Banana Splits Adventure Hour variety program is back with a blood-spattered vengeance! Warner Bros. Home Entertainment brings you The Banana Splits Movie, an original feature-length film on Digital on August 13, and on Blu-ray Combo Pack and DVD on August 27, 2019. The movie is priced to own at $19.99 SRP for Digital, $24.98 SRP for Blu-ray Combo Pack ($34.97 in Canada), $19.98 SRP for the DVD ($24.99 in Canada).
The Banana Splits Movie will offer a new take on the classic characters. The film follows a boy named Harley and his family as they go to a taping of The Banana Splits TV show, which is supposed to be a fun-filled birthday for young Harley. But things take an unexpected turn — and the body count quickly rises. Can Harley, his mom and their new pals safely escape?
“Get nostalgic and horrified all at the same time while watching the trippy 60’s characters in this all-new tale about fear, power, and an oversized puppet rock-band,” said Mary Ellen Thomas, WBHE, Vice President, TV Marketing, Family & Animation. The Banana Splits Movie is a throwback to a fanatical children’s series with a horror-genre twist — and we can’t wait for the band to get back together for a new generation of fans!”
The Banana Splits Movie stars Dani Kind (Wyonna Earp) as Beth, Finlay Wojtak-Hissong (The Kindness of Strangers) as Harley, Romeo Carere as Austin, Steve Lund (Street Legal, Schitt’s Creek) as Mitch, and Sara Canning (The Vampire Diaries, A Series of Unfortunate Events, War for the Planet of the Apes) as Rebecca. The beloved Bingo, Fleegle, Snorky and Drooper are voiced by Eric Bauza (Looney Tunes Cartoons, Woody Woodpecker, UniKitty!). The film is written by Jed Elinoff & Scott Thomas (Raven’s Home, My Super Psycho Sweet 16) and directed by Danishka Esterhazy (Level 16) with music by Patrick Stumph (Fall Out Boy, Gnome Alone). The movie is produced by Blue Ribbon Content in association with Warner Bros. Home Entertainment and SYFY. The Banana Splits Movie will make its broadcast debut on SYFY later this year.
DVD SPECIAL FEATURES
DIGITAL AND BLU-RAY COMBO PACK SPECIAL FEATURES
Share 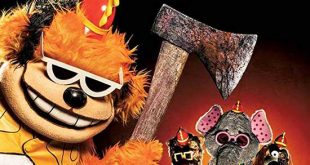