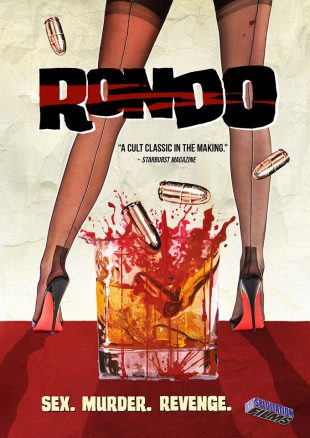 What makes Artsploitation Films a good choice for RONDO?

It’s right there in the name: Artsploitation. I wanted to make a flick that was aimed at late night audiences that also happened to be aggressively cinema-literate. The film uses some recognizable exploitation beats but, I feel, it is done with a bit of high style. A combination of so-called “high style” and “low style” is always interesting to me. I suppose it’s what you get when you’re doing an exploitation style movie but filtered through my own warped perspective and my love of folks like Luis Bunuel and Stanley Kubrick, among others. Artsploitation Films were one of the first to see this, recognize this in the flick and reach out. They had the balls to get behind it. And for that I am forever grateful. 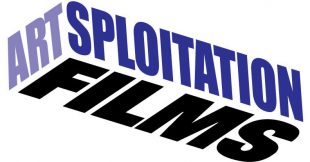 What films inspired you to become a filmmaker and what films continue to inspire you today?

Oh, so many. And really my inspirations are all across the map. When I first got a (giant) video camera when I was six or seven years old I immediately began making sequels to, and knock-offs of, my favorite movies at the time: Halloween, Death Wish, Psycho, James Bond, Jaws, Tales from the Crypt and so on…

As far as the “younger” directors; give me anything by The Coen Brothers, PT Anderson, Fincher, Tarantino, Trey Parker. I wouldn’t kick any of them out of bed.

The films that inspired me growing up are the films that continue to inspire me today. I still could watch Stanley Kubrick’s Barry Lyndon and Tobe Hooper’s The Texas Chain Saw Massacre every day of the week. 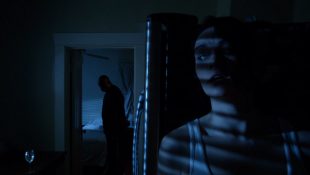 Where did you get the idea for RONDO?

As often happens in the low budget indie world, at least for me, is that the storyline is born from your limitations and the (precious few) resources you find available to you. In this case, the locations were what we had, so it was up to me to tailor a storyline and a script to fit those locations.

Since it was going to be a low budget affair with no superheroes and spaceships, I knew that the storyline had to better keep people interested. Sex. Violence. Twists. Humor. So that was how I approached it; try to keep the audience engaged and hopefully riveted. So, I had a lot of riveting to do. Tough job.

How are some ways the movie changed from screenplay to final cut?

Not very much at all. With so little time and money you don’t have the luxury of experimenting or changing things too much. If anything changed, I’d say it was mainly in the paring down of action. Eliminating any extraneous action or detail to the end of making the flick as lean and mean as possible. 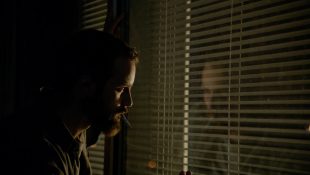 What was your favorite scene to direct? Why?

Directing the final scene was complicated because of a variety of frustrating circumstances, but also a blast. Seeing something sort of outrageous that you have written come to life in front of you in a very graphic, messy and explosive way was really fun. Like being a kid in a candy store. A very bloody candy store. 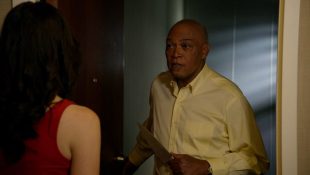 What was the most challenging aspect in making RONDO?

The obvious answer here is budget but that’s a pretty tiresome refrain, and often an excuse. For me personally, the most challenging part was resisting the urge to cast myself in every part.

If you got one “do-over” what would you change in the movie?

There are probably a hundred different little things, so I don’t know. Maybe I should have written it to take place in Hawaii or the Riviera. 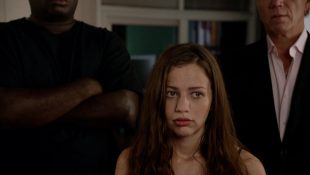 What has been your proudest moment during the entire process of making RONDO?

Besides completing it, I’d have to say that seeing the way the cast and crew came together. It was a mix of people that I knew and had written parts specifically for (Gena Shaw and Reggie De Morton), and the rest of the cast who I did not know prior to the Rondo auditions. Seeing the way that they all ultimately fit and worked together was very gratifying for me. 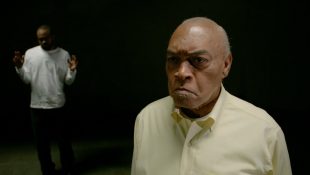 After walking out of a screening, what would you love for a movie goer to say to you about RONDO?

“Hey Drew! I loved it! I have a boatload of money and I want to finance your next movie!” 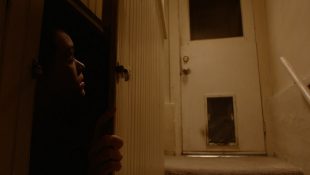 What’s next for Drew Barnhardt?

I’m working on the next thing. I can’t say too much about it, but I can promise you that it will be darker, funnier and bloodier. 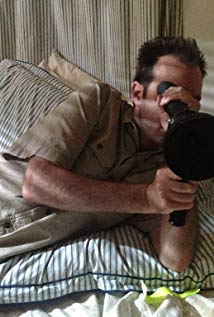