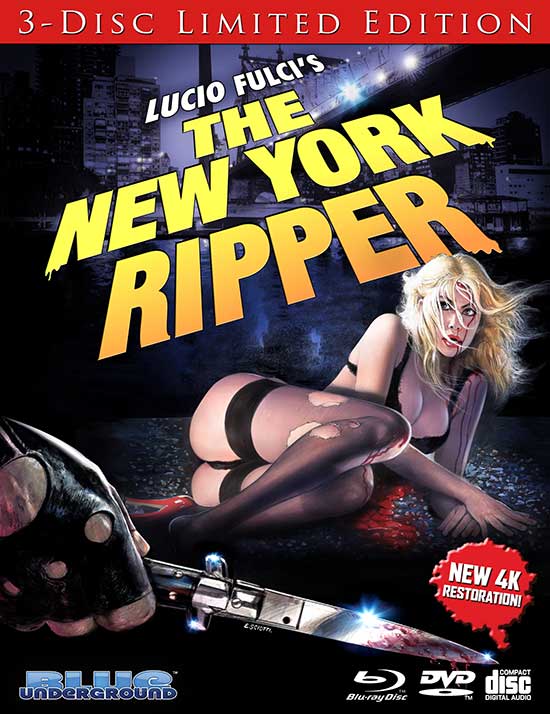 To be released on June 25th

A blade-wielding psychopath is on the loose, turning The Big Apple bright red with the blood of beautiful young women. As NYPD detective Fred Williams (Jack Hedley of For Your Eyes Only) follows the trail of butchery from the decks of the Staten Island Ferry to the sex shows of Times Square, each brutal murder becomes a sadistic taunt. In the city that never sleeps, the hunt is on for the killer that can’t be stopped!

Co-written and directed by acclaimed horror maestro Lucio Fulci (Zombie, City Of the Living Dead) and filmed on location in the mean streets of New York City, this is one of Fulci’s most savage and controversial thrillers. Now Blue Underground is proud to present The New York Ripper in a new 4K restoration from its original camera negative, completely uncut and uncensored, and fully loaded with exclusive new extras.
Extras:
BONUS! THE NEW YORK RIPPER Original Motion Picture Soundtrack CD by Francesco De Masi
BONUS! Collectable Booklet with new essay by Travis Crawford
Share