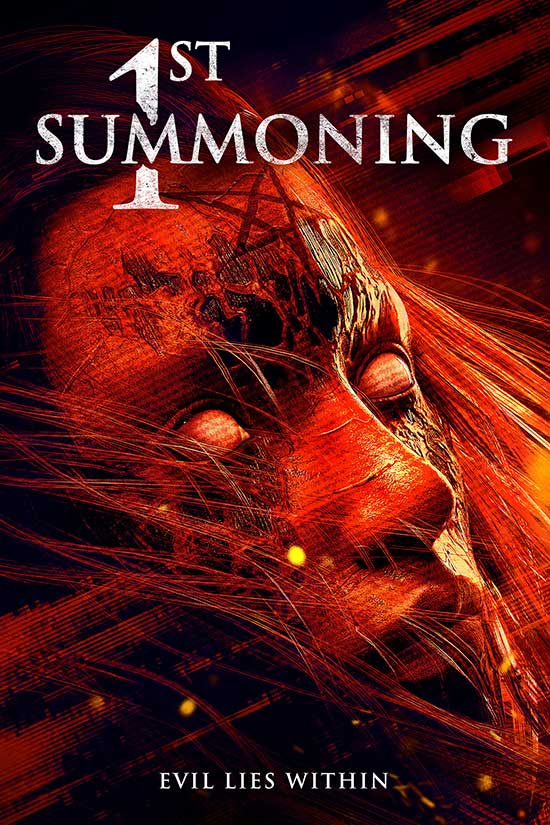 Four student filmmakers set out to explore an abandoned building famous for its connection with the occult, but as their journey becomes littered with strange behavior and unexplained phenomena, it becomes clear the horror they are attempting to document may already be lurking among them.

I have attempted to find the specific model of Canon camera used in “1st Summoning”. Not that I want one. I just want to hear from the manufacturer whether it is poor design or inept handlers that resulted in the hour and a half of ANNOYING NOISE ANYTIME ANYONE TOUCHED A CAMERA IN THIS MOVIE!!! Wish they had captured half of the dialogue as clearly.

Admittedly, that is a minor issue, but it is almost constant. It is especially frustrating during stealth scenes and any time the characters speak at anything under a shout. ADHD and OCD viewers should avoid; all others stand warned. 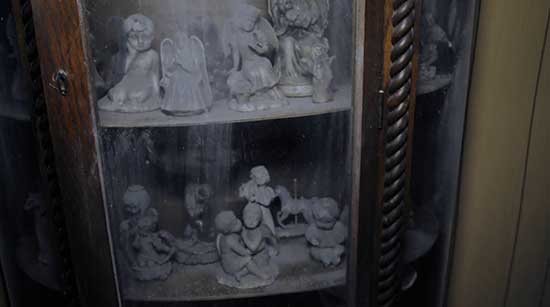 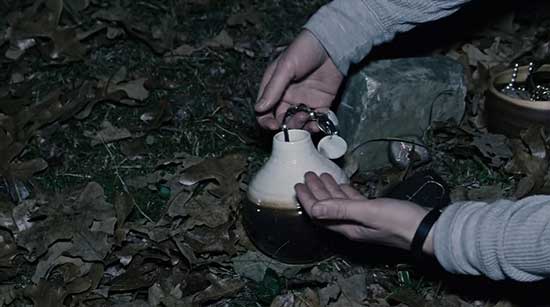 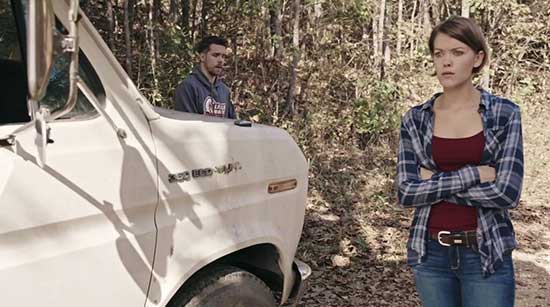 Once more, the “found footage” film rears its head. This time we watch a group of young folks as they follow the increasingly obsessive director of a documentary about satanic rituals performed at an abandoned warehouse facility in Arkansas. The legend goes that the ground had been used for demonic rituals over the centuries, and then some company comes in and plants a massive warehouse on top of the tainted land. Some people just will not listen to reason.

By 1979, roughly 5 years after it opened, the warehouse locked its doors due to unusual events, sightings, sounds, and so on. Plus, I guess the company restructured due to changing tax shelters, but that’s a horror movie for accountants and not the one we are talking about.

The point of the legend is that if a certain ritual is performed on a certain day at midnight (why not noon for a change?), the person who set up the ritual will get their wish, though there is a price to pay. Probably gonna be more than Amazon would ask, I’m sure. 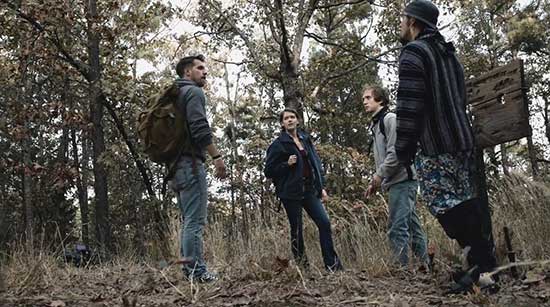 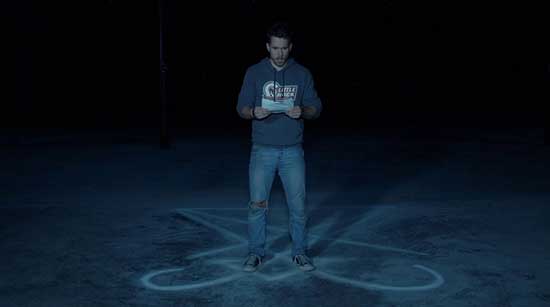 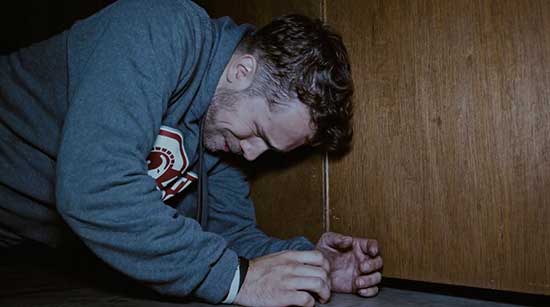 Shouldn’t the rest of the group be concerned when their director starts to go off the deep end if he thinks he won’t be able to be in the warehouse on the appointed day at the appointed hour? But then I get suspicious of people who want to cross at the streetlight at the same time I do; I know they all want to steal my soul and do horrible things to my lifeless, soulless body. That being said, our on-screen director, Mike (Teddy Cole) acts like an entitled brat in any high-end toy store if ANYTHING hinders his obsessive goal.

The rest of the group goes along with it while questioning everything behind the director’s back. Do they confront Mike with his bizarre behavior and the strong likelihood that he may be orchestrating events to push them to the warehouse? Nope.

Do they mention that it is odd that Mike seems to know where things are even when local residents have no clue? Not once.

Do they use common sense when Mike is found, staring and unresponsive, in the middle of the road or when he collapses while coughing up black bile? Definitely not, because he might get fussy again.

As you can see, logic be damned so the film can push its way to the conclusion the filmmakers wanted.

Even something forced can be redeemed with excellent performances. Look elsewhere for examples of this because there are none to be found here. While the two primary characters, Leslie and Ryan, played by Hayley Lovitt and Brook Todd, respectively, are given enough time for the actors to make an attempt at infusing their characters with humanity, there isn’t enough meat on the bones of this film for them to tuck into. Their infidelity comes across as juvenile and fairly pointless in the great scheme of things. Originally, Leslie’s character was meant to be pregnant. While that would have put a far darker spin on the events, it might have given the actors a tad bit more material to see their characters as living, breathing humans. 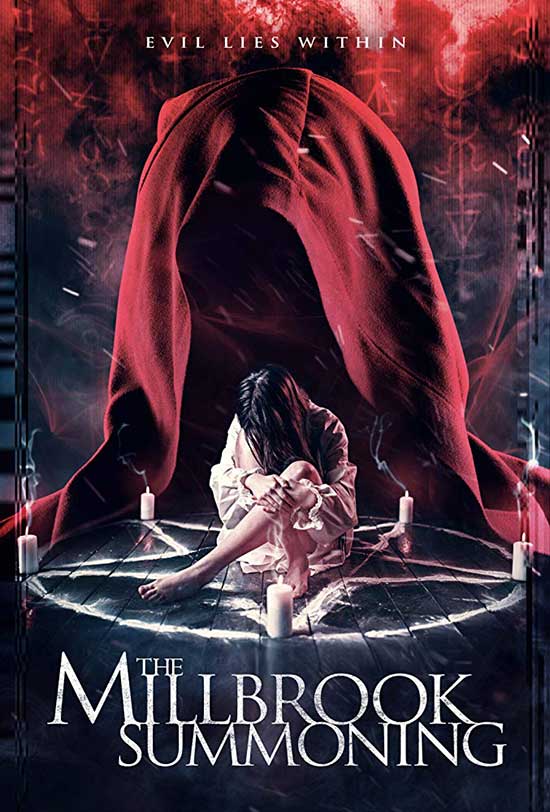 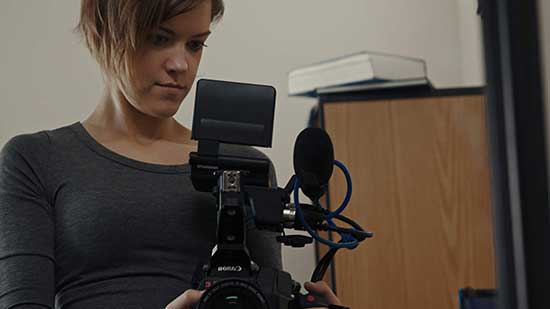 Eh, who needs characters you can care about? Apparently, not this film’s audience.

Actually, now that I think about it, who IS the audience for this movie? Found footage fans have seen far better than this offers. Re-watching “The Blair Witch Project” is preferred to watching this once, unless you are obsessive about watching EVERY found footage project. Regular horror fans will find nothing to work with as the whole project seems haphazardly assembled around the final scene, and if you have no idea how that turns out based on everything I’ve said, you really are new to horror films, aren’t you? Non-horror fans will likely never hear of this film unless someone in the cast becomes either famous or infamous, which is fine because there is zero subtext to this film. 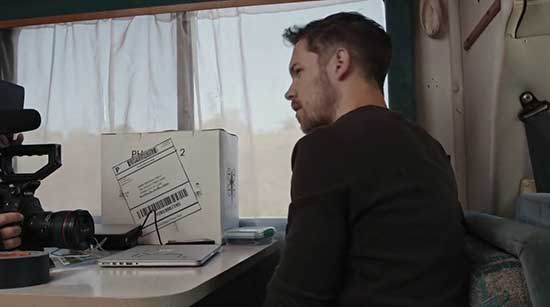 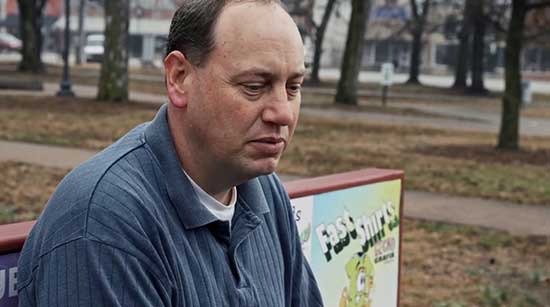 I get that horror films are usually insanely cheap to make and are an inexpensive ticket into a filmmaking career. Just because it is the cinematic equal to a “sure thing” does NOT mean you should disrespect your date by ignoring the little things that make a person (in this case, the audience) feel special even when being used. Poor characters, clichés, no story depth, unbelievable plot developments, and sloppy camera work all point to the fact you should develop respect for your project and genre before you pick up that camera that makes more noise than a starving hog at a full trough. 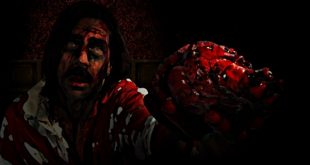