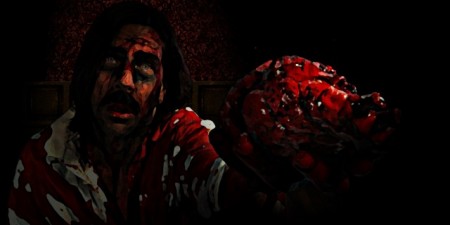 It could be argued that for a short film to be effective, it must be able to grab the audiences’ attention from the start. “If I am your Mirror” does just that, and it does it in a fairly unique way. “Mirror” employs rotoscoping for its full duration. For those who may not know, rotoscoping is an animation technique that involves taking footage of live actors and then painting, drawing or tracing over each frame in order for the finished product to look animated. It’s a technique that has been used in films such as Richard Linklater’s Waking Life. Usually, when animation techniques are used in horror, it’s for a more comedic effect. This is decidedly not so for “Mirror”.

Inspired by Poe’s short story “The Tell tale Heart”, “Mirror” tells the tale of a soldier during the American Civil War who comes home from battle to find his sweetheart dead, mostly likely from consumption. Heartbroken, he burns his house to the ground and leaves for the big city. Once there, he becomes so tormented by nightmares and waking visions of both his dead wife and the horrors of war, that he snaps and kills an elderly, one eyed street preacher. Even if this film was not animated, it would probably still be good, but the moving oil painting look of it gives such an unexpected and inspired depth. With every frame drenched in moody color, the film is at once beguiling and beautiful, with the more graphic images appearing almost sensual  rendered as they are in their rich hues.

It isn’t everyday that a short film can handle historical material well, and “Mirror” does it deftly. There is almost no dialogue, and the silence of the storytelling, as  well as the main actors superb, nuanced performance, lends an eerie, doom filled atmosphere that is both maddening and compelling. Poe would be proud. 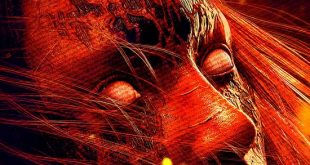