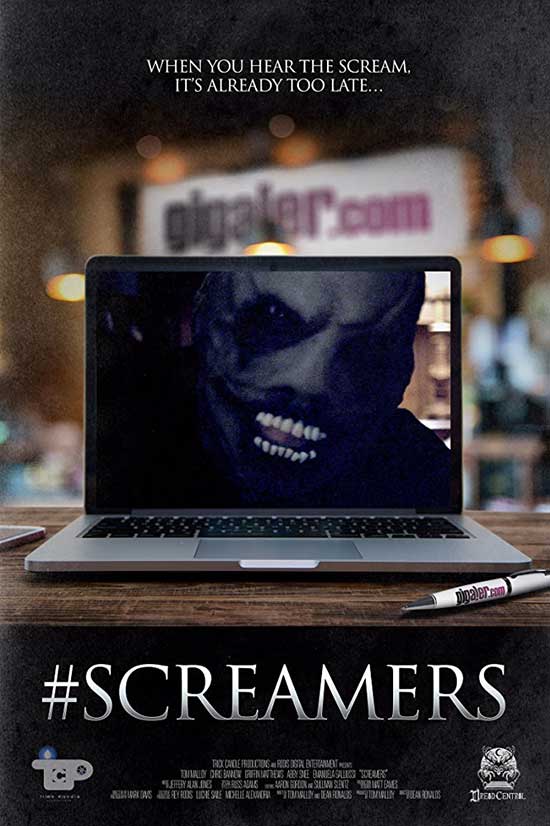 When an internet company decides to investigate a series of ‘Screamer’ videos, they are confronted with havoc and hell they could never expect.

More to the point, those annoying damned jump scare videos!! Remember when those freaking things were everywhere? Someone would send you a video, and, understandably, you probably wouldn’t even open it because you figured it would be jump-scare material.

Lost a few friends, real and digital, over those worthless things. 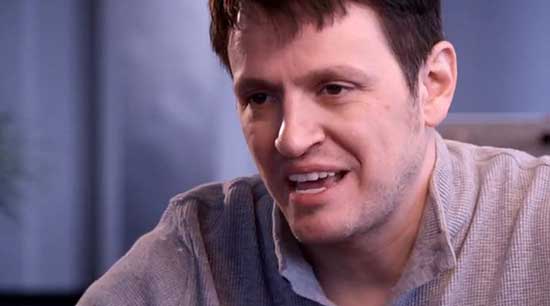 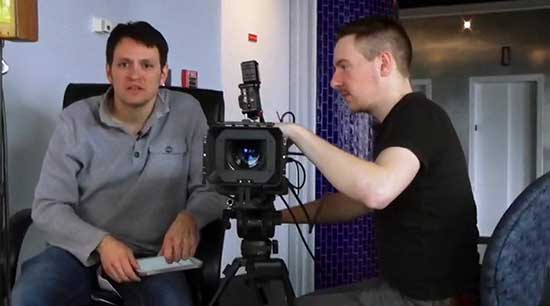 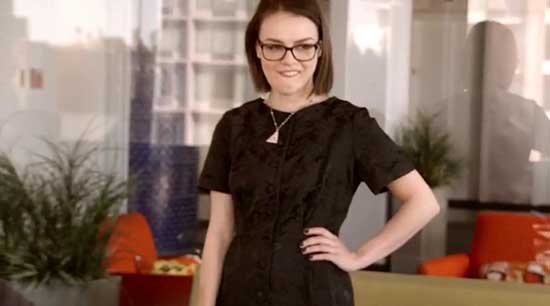 Valid material for a horror movie.

Still hoping for that movie, but in the meantime, we can talk about “#Screamers”.

First thing throwing this movie under the bus is this: If this is essentially a “found footage” movie, who the Hell edited it all together and even composed music to distract you from the endless talking?

We are dropped into footage being shot by the staff of an internet company called Gigaler. It seems to be a YouTube variation with a radical new algorithm that will supposedly know more about you than you do. There is an interesting idea.

Toss it aside. It has nothing to do with the movie after they build it up for 30 minutes while shoehorning exposition about the main cast of characters, so they don’t seem like the clichés that they are. We have the aggressive boss who never listens to reason, the second in command who is timid and whiny, the shy computer nerd with mad skills, and the overachiever who also covers the token gay and person of color roles. Or maybe they just aren’t fleshed out enough not to seem like clichés. 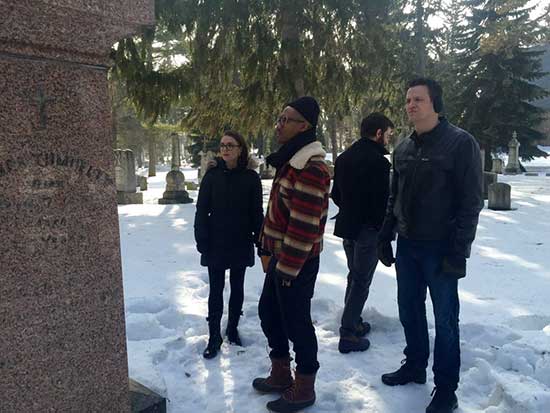 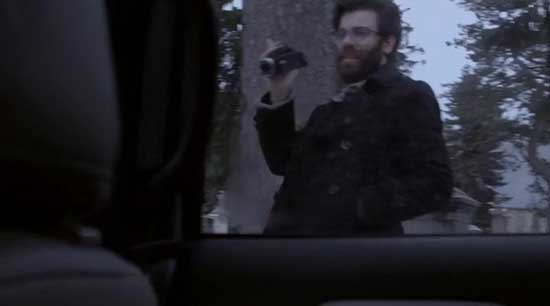 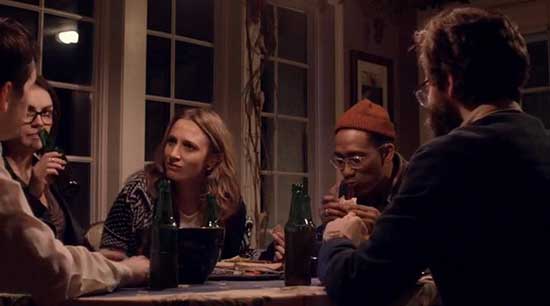 Just when you think you might get an intelligent film about how we interact with the internet and how it affects us in return, the staff gets a “screamer” video. Ancient by internet standards, a “screamer” is a video that distracts you with something peaceful or engrossing, then throws a screaming face at you. And we get to watch each of the four main characters as they sit through the video. Thank god someone didn’t send them a variation of the “Two Girls/One Cup” video; not sure I’m up to watching a coprophagic horror film. (So many puns to be had there.)

Against all logic, the video becomes a viral hit as does a second one from the same source. Hungry for clicks and fame, the staff track the source and call the people behind the videos. They speak with a woman who indicates she works with a person with whom she has a rather odd, undefined relationship. Somehow, they did the videos. But she terminates contact with Gigaler after a couple of awkward calls.

What’s the logical thing to do? Why, load up the core, essential, “people without whom your site would crash” staff into one vehicle and drive for hours, uninvited, to the address pulled by the computer whiz, of course. Logic is always rather squishy in horror films, but this borders on the rude, if not actually violating some stalker laws.

Almost needless to say, things do not go well once our group reaches their destination. 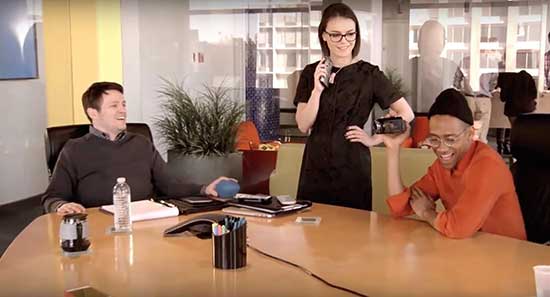 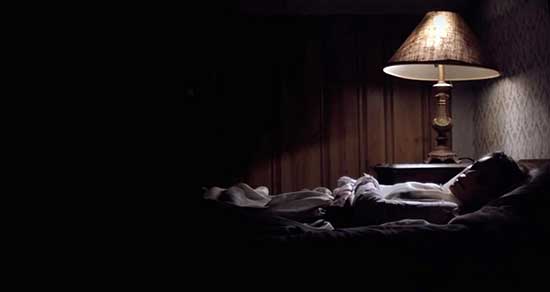 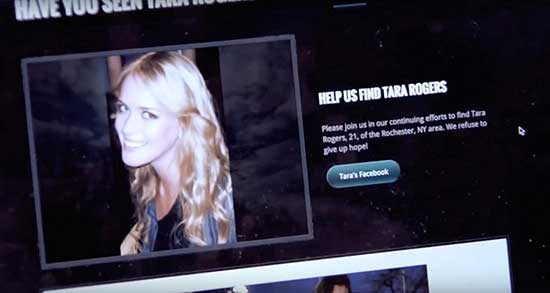 Practically step by step, “#Screamers” starts out with an open premise sporting vast potential and turns its back on all of it and walks toward the lowest hanging fruit on the tree. Jump scare videos with a never-defined spooky backstory. Okay. In 20 minutes, a person can find at least 2 dozen internet-based freak-out stories that make the “screamer” videos sound childish and would not require any more budget than what they already had to work with.

Writing is the foundation of a solid film if you aren’t rejecting traditional narrative. “#Screamers” does not re-invent the wheel as far as narrative, so it starts on a very weak foundation. Unlikeable or bland characters whose actions fly in the face of logic at times when most people would be leaning on logic to deal with unusual events. Spooky stuff that seems to be included simply to be spooky as it does not seem connected to the actual point of the movie. And, finally, the fact the movie does not seem to have a point beyond giving the world more annoying jump scares. You end up, somehow, with less at the end of the film than you were offered at the beginning. 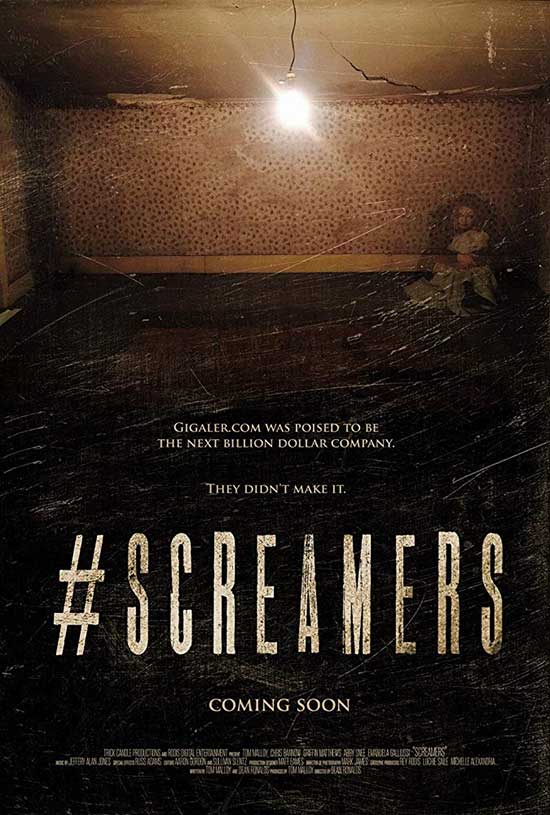 “#Screamers” does work, occasionally. As has been noted by a number of reviews, the first 20 minutes or so really capture the feel of the current, filmed-on-the-go documentary style. Until the stock characters start seeping through 4 fairly solid performances by the lead actors, you feel like you are watching a real start-up company patting itself on the back. The phone conversations with the video makers have an honestly uncomfortable feel, especially if you have ever dealt with a victim of abuse who fears their abuser may overhear them. Also, during the initial confrontation scenes at the videomakers’ house, you feel a wild electricity that something horrible could happen at any second. Those moments are great, but the rest of the film is nowhere close to those pockets of excellence. 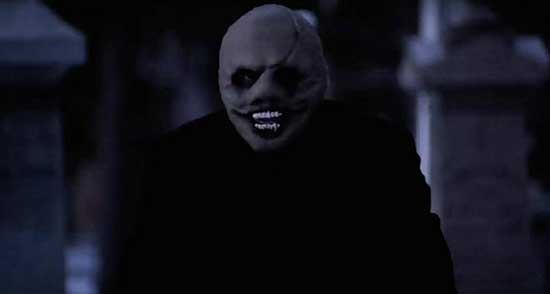 The film feels like it could have been a set up for a movie franchise that would have been a mature spin on the “Freakylinks” TV series. Unfortunately, the filmmakers focused on the lowest common denominator and scuttled a premise that might have become the next “Conjuring”-like film universe.