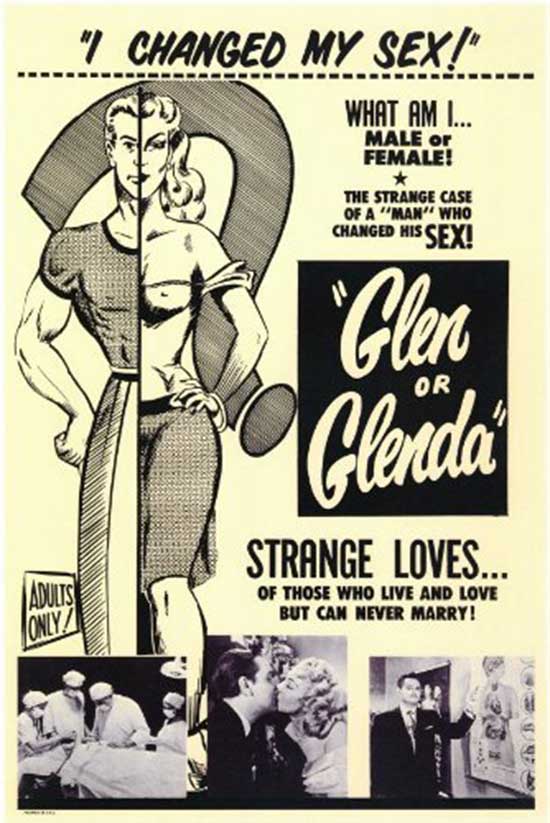 A psychiatrist tells two stories: one of a transvestite (Glen or Glenda), the other of a pseudohermaphrodite (Alan or Anne).

Today we’re going over a movie directed by the legendary Ed Wood. For those of you who might not know who he is, which would be surprising, he’s responsible for making many films that are considered the worst of all time, with his Plan 9 from Outer Space being considered both his most memorable contribution to cinema and his worst. In fact, it has long been considered the worst movie of all time (although I believe there are other films worthy of that moniker). To his credit, Wood has garnered a cult following over the years, mainly because a lot of people think that his works enter the “so bad it’s good” territory. 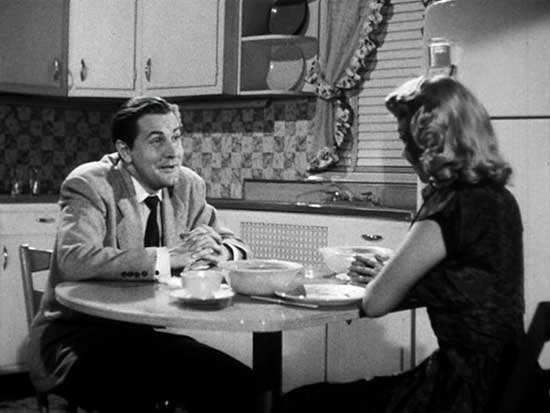 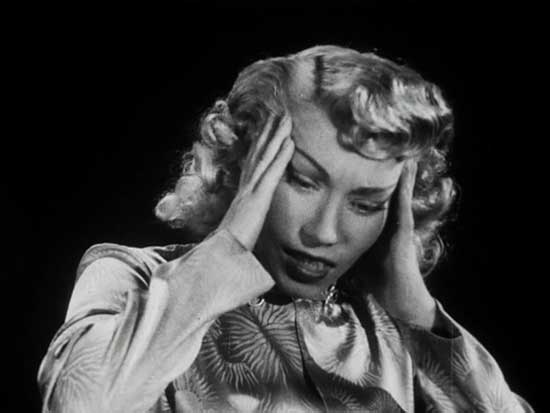 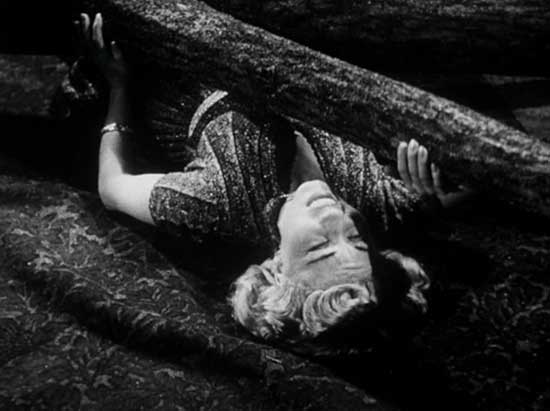 Glen or Glenda is another Wood film that managed to challenge Wood’s own Plan 9’s place as the worst movie ever put on celluloid. It’s about a cop who, after having been called in to investigate the apparent suicide of a transvestite, consults a psychologist to better understand crossdressers. The good doctor then tells him the story of Glen, a man who struggles with telling his fiance that he likes to wear women’s clothing. He fears that she’ll reject him once she knows the truth, and his anxiety grows as their wedding date grows ever closer. Then the doctor tells the story of Alan, a pseudo-hermaphrodite who undergoes a sex-change operation once he gets back home from fighting in World War II.

The main problem with Glen or Glenda is the fact that there are some strange scenes Ed Wood made that added little to the film and made less sense to include. For example, at the beginning of the film and spread through its run time, we have the legendary Bela Lugosi as some kind of creepy scientist/doctor type that randomly shows up to say spooky things that have nothing much to do with the story at hand. It’s like Wood was trying to add elements of a horror movie to a story that had nothing to do with that particular genre. It not only went against the tone of the overall film but was also confusing. I can only assume Wood included these scenes because he finally had a big name actor willing to work with him, and he was going to milk it for all its worth even if Lugosi’s role was pointless. 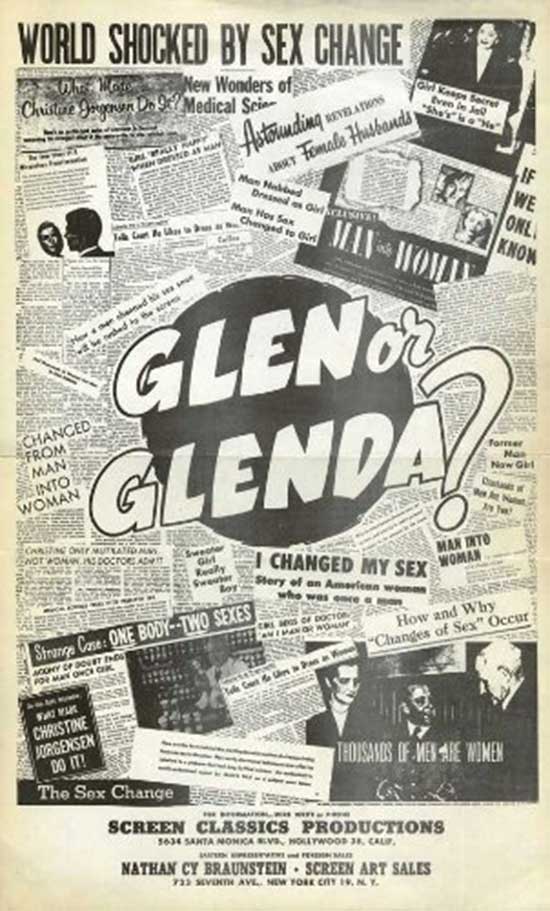 If Lugosi’s strange dark philosophical ramblings weren’t creating enough tonal dissonance, there’s a dream sequence that double downs on that. During the movie, the titular Glen falls asleep while still struggling with whether he should tell his fiance of crossdressing. This causes him to have a nightmare where he sees attractive women doing a striptease. Then we see a woman lounging on a couch get sexually assaulted. Then we get more stripteases. Absolutely none of this made a lick of sense and didn’t seem to have anything to do with Glens internal struggles. It just came across as a chance for Wood to throw in some exploitation elements to the film without considering that it goes against whatever tone he was aiming for. 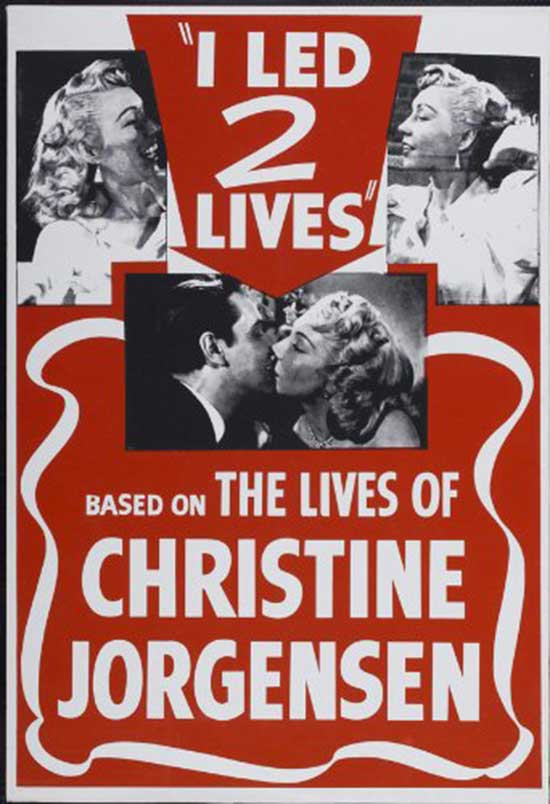 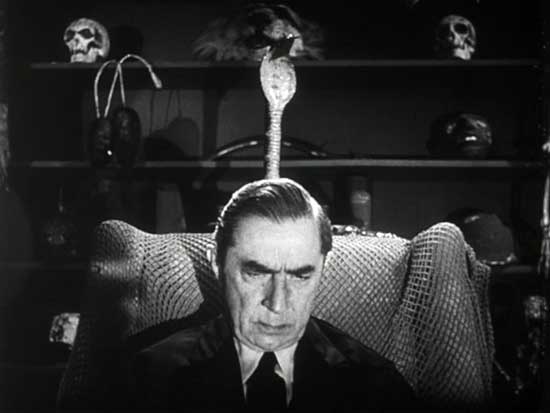 The last part of the movie, where the film covers the story of a recipient of gender reassignment surgery, was rushed and not given nearly the same attention as Glenn’s. However, this is due to the fact that the producers forced Wood to include it, which explains why it’s even there. However, it’s very obvious it was never originally intended to be a part of the package and for sake of pacing would have been best left off. 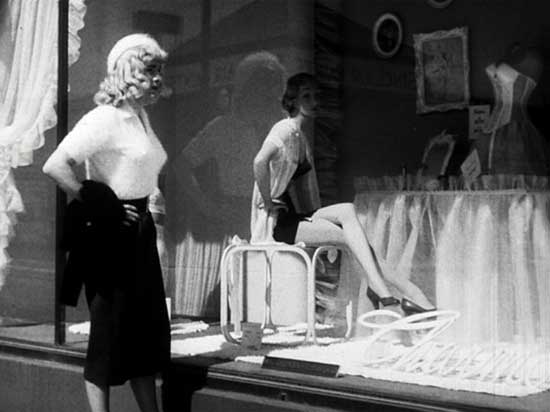 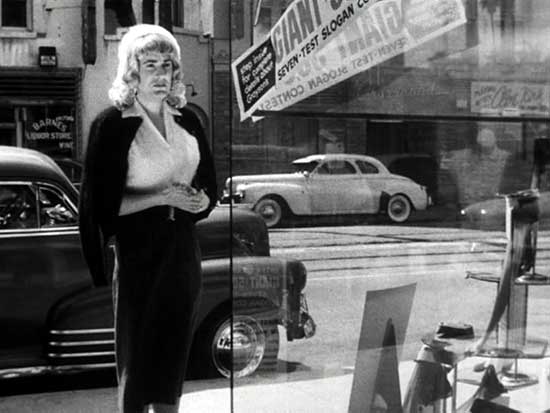 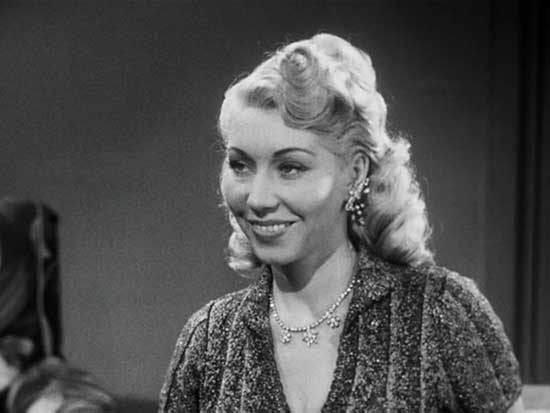 While the film has nonsensical elements that add nothing to the overall film, Glen and Glenda is at least earnest. It’s honestly trying to educate people on crossdressers and show them in a positive light. This was something that was important to Ed Wood considering his own preference for wearing women’s clothing. On top of it, it made me feel some sympathy for Wood. By showing us Glenn’s struggles (and casting himself in the role), it’s easy to believe that he had gone through the same emotional turmoil about telling those close to him about his lifestyle. While the acting throughout the movie is awful for the most part, it’s not bad enough that it blunts the message Wood was trying to give. 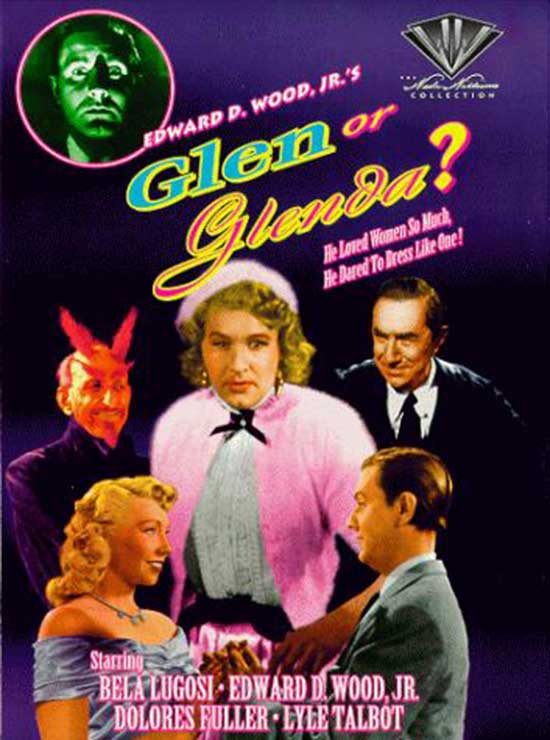 Glen or Glenda is not a good movie. It’s filled with all these different things that not only doesn’t fit into the movie but stops the film from having any kind of a consistent tone. Add to the fact that you’re not going to be seeing much in the way of decent production value or acting and it’s kind of a hot mess. However, this movie has some heart to it and is trying to say something positive. Combining that with the more absurd elements manages to make a kind of insane yet fun movie.