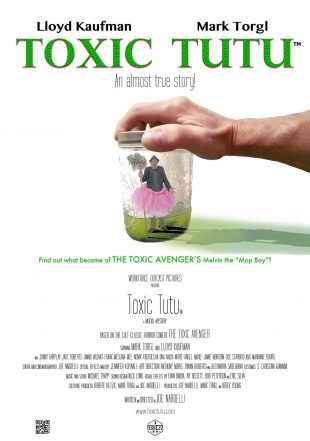 Toxic Tutu is now available world wide on DVD at many outlets online such as Walmart, FYE, Target, Barnes and noble, Amazon, chemical burn entertainment and more! This film is also streaming on Amazon Prime, You Tube, Google Play, VUDU, and Apple iTunes.

More than 30 years after starring in Troma Entertainment’s cult classic horror-comedy The Toxic Avenger, Mark Torgl – AKA Melvin the “Mop Boy” – resurfaces at a fan convention, only to be abducted. And for what? A contaminant-rich toxic oasis a select few know exists.

The Toxic Avenger has influenced countless independent filmmakers since its debut in 1984, but none more so than the late Joe Nardelli. With Toxic Tutu, Nardelli has created a companion piece to The Toxic Avenger with the help of hundreds of fans and the blessing of Lloyd Kaufman, who also appears in the film.

Head to ToxicTutu.com for additional details about the film, including Toxic Leaks, bonus content not featured in the film, cast and crew information, and more. You can also follow Toxic Tutu on Facebook and Twitter. 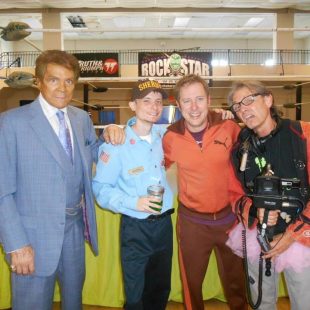