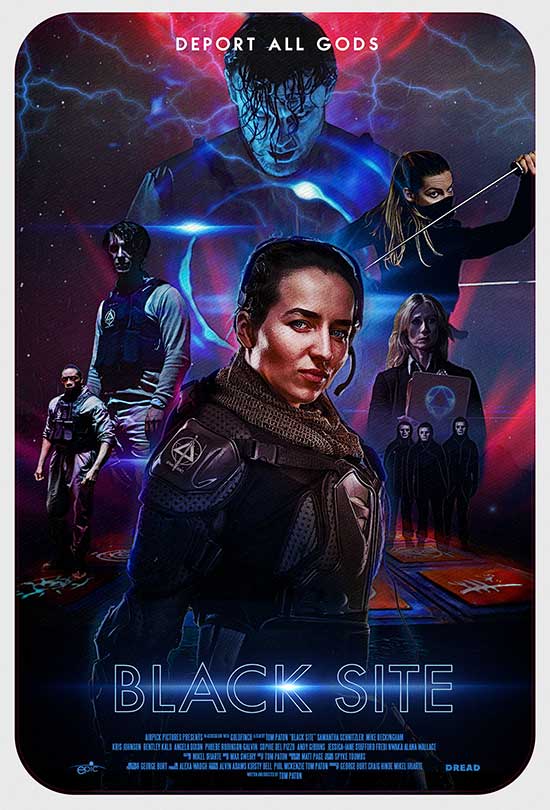 Epic Pictures and DREAD are happy to offer reviews for their newest sci-fi horror film, BLACK SITE, releasing on April 9, 2019 as well as interviews with Lauren Ashley Carter (Imitation Girl)!

GET YOUR COLLECTORS EDITION BLU-RAY
BLACK SITE WILL BE ON DEMAND EVERYWHERE
APRIL 9, 2019!

Synopsis: An elite military unit encounters a supernatural entity, known as The Elder Gods, that forces them into battle against an army from another dimension. They must fight together to defend the Black Site and save the world from ultimate destruction.