The Kik Axe Entertainment Network is proud to announce a new web series from Special Effects master, filmmaker, and comics creator Robert Kurtzman, the man responsible for some of the coolest F/X in some of the hottest flicks of the past 25 years including ARMY OF DARKNESS, THE DEVILS REJECTS, FROM DUSK ‘TIL DAWN, CABIN FEVER, SCREAM, PULP FICTION, DANCES WITH WOLVES, MISERY, HOSTEL, WISHMASTER and too many more to mention. 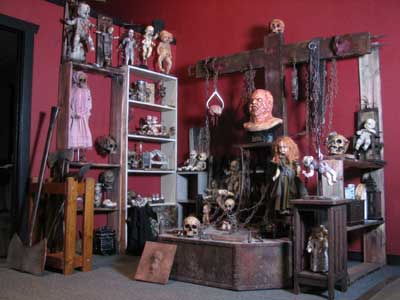 ROBERT KURTZMAN’S CREATURE CORPS begins airing next week on Friday the 13th (August) on Robert’s official website, creaturecorps.net. This innovative new weekly series dares to let you peek behind the curtain to see just how the magic of Hollywood is made, featuring “backstage access only” footage following the amazing Creature Corps artists as they create fantastic creatures, special make-up F/X and visual effects for various film and music video productions.

Upcoming episodes show you the true insanity, gore and hilarity that permeate the day to day activities at the Creature Corps effects facility, as well as provide behind the scenes footage of Midnight Syndicates debut film THE DEAD MATTER and the shooting of their first music video Dark Legacy, Mushroomhead’s latest music video productions for 12 Hundred and Your Soul Is Mine, extensive coverage of the creation of the monsters and F/X for the upcoming Jennifer Lynch fright flick HISSS as well as original projects and creations from the Creature Corps elite team of artists.

Luminaries from the film world have enthusiastically praised the series-

” CREATURE CORPS does for special effects what LA INK did for the tattoo world. It’s the sexiest place on earth!” Jennifer Lynch, director of BOXING HELENA / SURVELLIANCE / HISSS 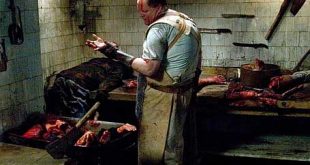