Artist, designer, and musician TOD JUNKER – who splits his time between the JUNKER DESIGN studio in Los Angeles, CA and his home in Houston, TX – recently appeared on FOX 26 Houston to discuss working on costume design for the newly released 20th Century Fox blockbuster, Alita: Battle Angel, along with being cast as a background character, Exploder, by director and long-time collaborator, Robert Rodriguez. 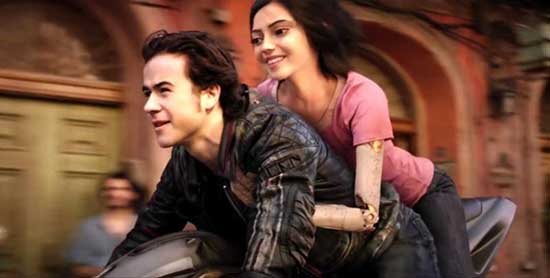 In addition to aging, dying and distressing outfits alongside set costume designer Nina Proctor, an original JUNKER DESIGNS jacket, was worn throughout the movie by actor Keean Johnson, who plays the leading role of Hugo. See the jacket prominently displayed in the below photos.

Having developed a flair for seeing beyond the surface and finding repurposed beauty out of what most would consider ‘junk,’ TOD JUNKER created a name for himself in the fashion and music industry with his distinctive pieces that combined his experience growing up from the rebellious streets of NYC to the swamps of Houston along with his passion for punk rock, sci-fi, and horror. Thus began JUNKER DESIGNS…

JUNKER DESIGNS will host a pop-up event in Houston, TX on Saturday, March 23 at Cut Loose Hair Salon where he will present one-of-a-kind pieces that he’s designed over the years for several famous celebrities, musicians, film and TV series – including Steven Tyler of Aerosmith, Motley Crue, Lenny Kravitz, Johnny Depp, Sin City 2, The Crow: Wicked Prayer and several more. Various items from his line will be available for purchase and he will offer free screen-printing of JUNKER DESIGN artwork.