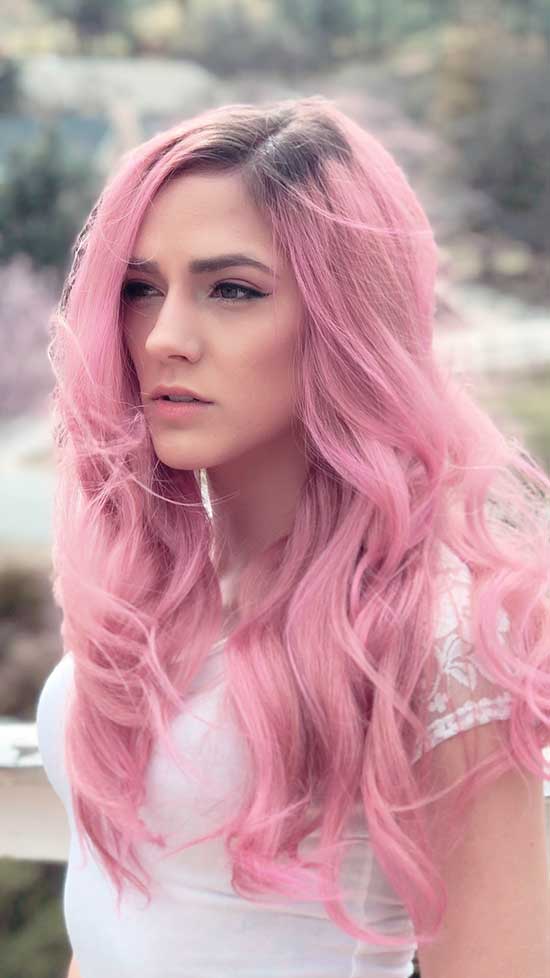 Please tell us why you decided to take on the role as Kat in “Circus Road?”

When Director Minh Collins had first sent me the script for Circus Road I fell in love with Kat right away! She is so intriguing and has many levels of depth as she goes through a lot of self growth throughout the film, which is not common in a horror film. This coupled with the film itself being entertaining and having a great ensemble cast made me commit to the role.

Did you do anything to prepare for the role?

Yes, to prepare I secluded myself and watched as many cult documentaries and interviews I could find and revisited a lot of my favorite horror/thriller films from over the years. I read a lot of personal accounts from those who grew up in a cult environment to try and understand where Kat was coming from psychologically.

The cast was truly great! Us girls (Sadie, Nikki, Tiffany, and Augie) were laughing and making jokes most of the time we were off camera, even up until the director would yell “Action”. The whole cast had their own set of running jokes the entire shoot and the crew worked really well together so it was really an upbeat set.

What was it like working with Director Minh Collins?  Did he give you advice or did you do your own preparation?

Minh is awesome!! We got together very early in preproduction where he allowed me to be involved in developing my character along with the other principal cast members and we have gone to many events since then so we all have definitely become friends through this project. 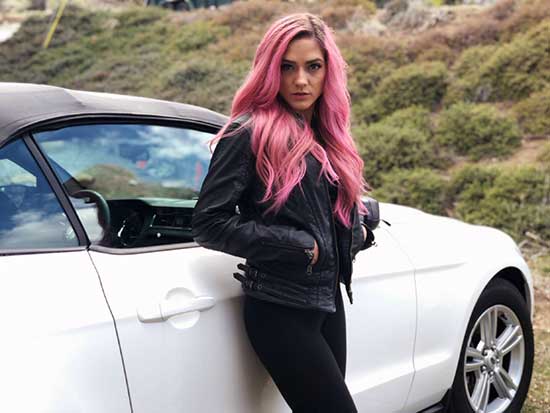 Minh was clear in his guidance with his vision of Kat while also at the same time, being open and allowing me and giving me the freedom to make Kat my own as an actress.

Did you face any challenges while filming and being on-set?

Having to be dressed for summer during the winter for this shoot was definitely a challenge. We filmed up in the mountains and desert over a lot of nights so it was cold and windy. Hot drinks and a big robe saved me! 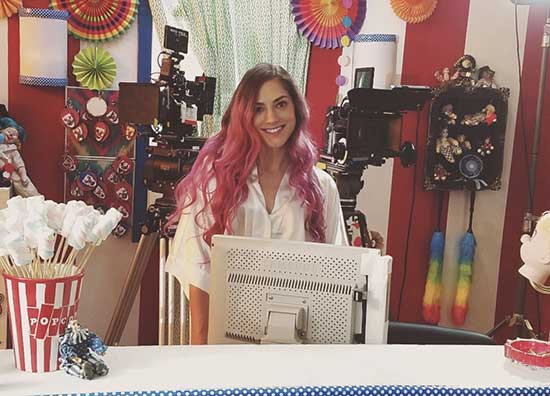 I have a new project coming up that I am really excited about! I can’t say too much but it will be an international film and will be a lot different than my past projects.

A lot of people have a certain fear of clowns.  What did you think and did you see the actors in the clown costumes?

I like human clowns but I refused to touch any of the dolls that we had on set lol! I did get to see all of the actors in costume and was transformed and had my own custom clown costume, which was a lot of fun especially once the sun went down 😉 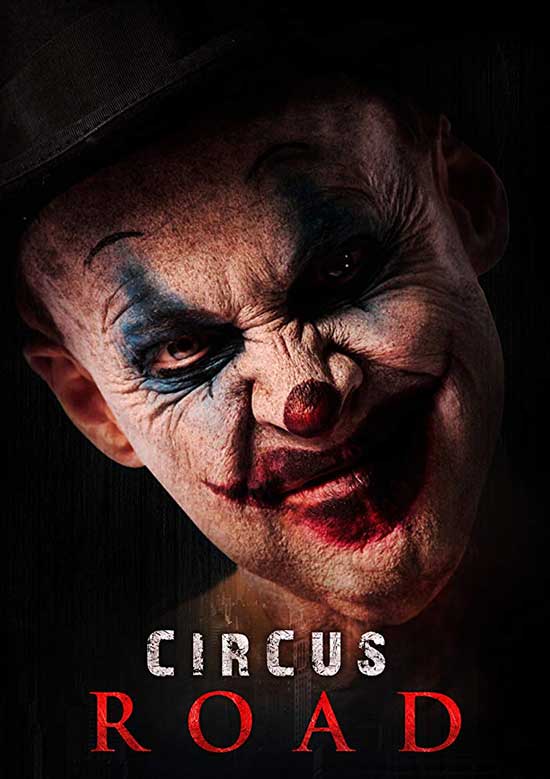 You have writer and producer credits.  Is there any chance you would want to write and direct a film?

I have written and produced earlier in my career but I’m focusing more on my acting career right now. I haven’t thought too much into me directing, but if I was given the chance to then yes, I absolutely would. 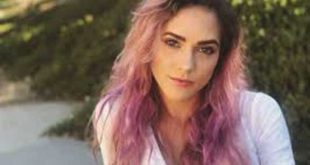 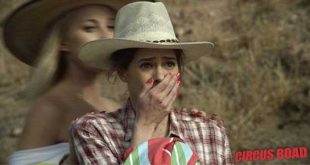