‘Twas the night before Christmas, at Nakatomi Plaza,
The office party was festive, but soon interrupted by drama.
Hans Gruber and his men, had forced their way in,
And taken everyone hostage, trapping them within.
But how could they know, there was a cop up above,
John McClane had arrived, to win back his wife’s love.
He would take them all out, winning everyone’s praise,
Welcoming Christmas Day, with his favorite catchphrase.

Bruce Willis is John McClane in the film that launched the billion-dollar action franchise, DIE HARD. McClane, a New York City cop, flies to L.A. on Christmas Eve to visit his wife at a party in her company’s lavish high-rise. Plans change once a group of terrorists, led by Hans Gruber (Alan Rickman), seize the building and take everyone hostage, McClane slips away and becomes the only chance anyone has in this beginning-to-end heart-stopping action thriller. 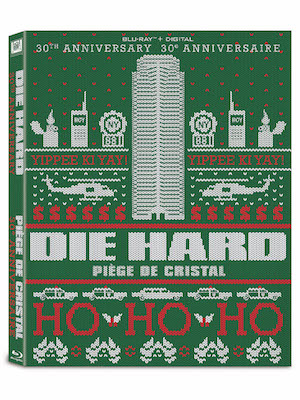