World Premire for The Super…

THE SUPER will be having its WORLD PREMIERE at the Bloodbath 2: Film Festival in mid-November. It has already garnered attention for its grindhouse-style and cast lineup of cult favorite Lynn Lowry (I Drink Your Blood, The Crazies), death rapper Ron “Necro” Braunstein, and indie horror icons Manoush, Brandon Slagle, Ruby Larocca and Raine Brown. At the heart of the urban shocker is up-and-coming actor Dimitri Kallas as title character George, alternately portraying the homicidal handyman as sympathetic and maniacal. A veteran of the theater, Kallas film-debuted in Weaver-Makrogiannis’ The Turnpike Killer and now makes his starring film bow in The Super. Taking place in a Queens apartment building during the Christmas season, the film follows George as he desperately tries to hold onto his sanity in the face of mounting home and workplace pressure. Also on his already full plate of problems is a wheelchair-bound wife (Lowry) who dreams of the day the family can leave the city behind and move upstate.

Bloodbath 2: The Film Festival is hosting THE SUPER in The Texas Theatre, where the Feds caught up with Lee Harvey Oswald after the Kennedy assassination. The theatre is currently being remodeled and retro-fitted with a new high-tech projection system. The film festival will be presenting a total of six feature films and 18 short films between Friday Nov 12 – Sunday Nov 14.

Scheduled to appear for a Q&A after the screening are writer/directors, Brian Weaver and Evan

Go to www.doabloodbath.com/ for advance tickets and schedule

Noose Hill Entertainment is a newly formed, fully registered feature film and video production company based in Southern Connecticut. The company plans on making horror movies without playing down to its audience. It will take fear to a new level, with character-driven storylines, resulting in riveting, visceral entertainment 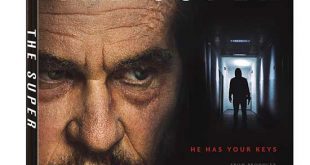