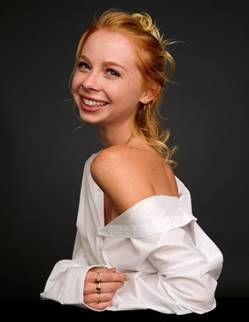 Sony’s upcoming horror film, ‘The Possession of Hannah Grace’ (November 30 release) will leave you crawling in your skin. Literally crawling into the world of acting is Kirby Johnson,  making her film debut as title  character. The 22-year-old actress, model and dancer, stars alongside Shay Mitchell and Stana Katic. The movie centers around a woman who is working the graveyard shift in a morgue when she takes delivery of a young girl, ‘Hannah Grace,’ who had passed in the midst of her exorcism. The haunting truth of her death begins to unravel just as the minds of those around her at the morgue.

Blonde and petite, Kirby is the furthest thing from demonic until you see to her extraordinary ability to contort her body in superhuman ways. She is a contortionist able to completely transform her body, making her the clear choice for the role. 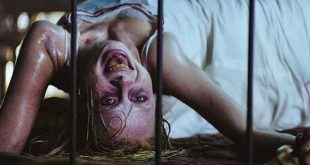 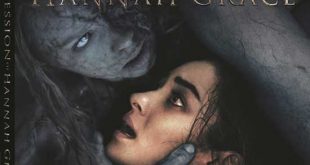