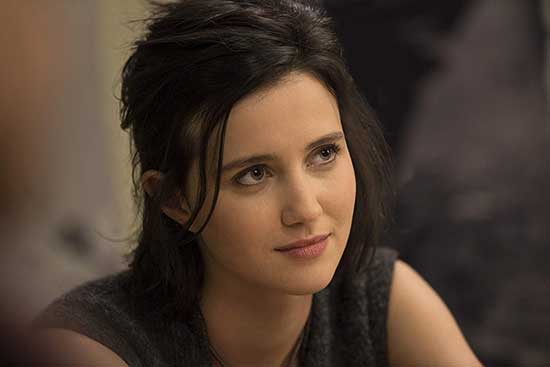 Julia Goldani Telles is a talented Actress. She stars on the hit series, “The Affair” and she took time to speak with Horronews.net for an exclusive on her new film, “Slender Man.”

Hi Julia, How did you get involved with the film “Slender Man” and how did you prepare to play the character?

Julia- I really wanted to branch out into movies but I’ve been on TV for five years and it has been really hard to schedule. Even when I don’t work a lot, I always miss them. Hallie came with a past and I knew she would be really cool and I wanted the chance to play a character that was different from what I have been doing for a while.

I spoke with Javier (he said he had a great experience working on this film.) whom portrays Slender Man. What did you think of him when you saw him in character?

Julia- I mean, he’s incredible. He is so talented. Emotionally and psychologically he is a true artist. It was really hard for him to be in that suit for a long time and he had a hard job and he was so positive the whole time so it was great.

I agree, he is incredible. Did you do any type research before you started to film for “Slender Man?”

Julia- I thought a lot about mass hysteria and it happens a lot with these girls in particular and they all kind of start developing the same fears, the same ticks and it manifest itself in different ways. Slender Man is more of a figment of some of these girls imagination and blurring the line between reality and fiction. And trying to see how girls and boys can scare each other more than any real monster can. Then I just hung out with my co-stars a lot and that helped me prepare. It wasn’t very much. We did most of it on the set.

What was it like working with the director Sylvain White and actually working alongside the cast? Did you face any challenges?

Julia- It was great. We were in Concord, Massachusetts so we didn’t really know anybody there. The challenges were that it was a night shoot and the isolation but we all became really close because of that. Then physically it was a little grueling because I hope all of it ended up in the movie because there was some stuff cut but, there is a lot of me getting dragged through the woods so I had a lot of bruises for a while.

You did an amazing job in the movie. It was such an intense film, scary and you did a great job.

Julia- Oh, thank you I am glad you liked it.

Now, what are you working on next?

Julia- I just did a couple of movies over the summer. I did a movie called, “The Space Between” that Kelsey Grammer stars in and it’s about music in the nineties and then I just did another movie with Brandon Flynn from “13 Reasons Why” called “Looks That Kill” and we just submitted both of those to Sundance and then I’m going to start shooting season five of “The Affair.” (Julia plays Whitney Solloway on “The Affair”) 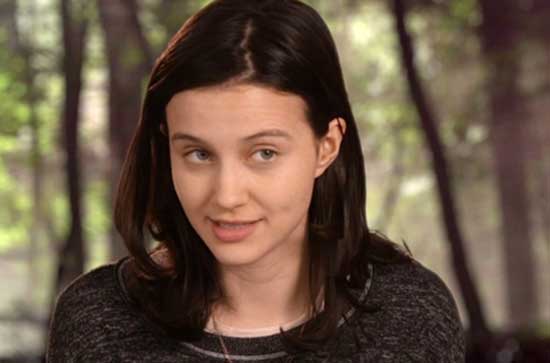 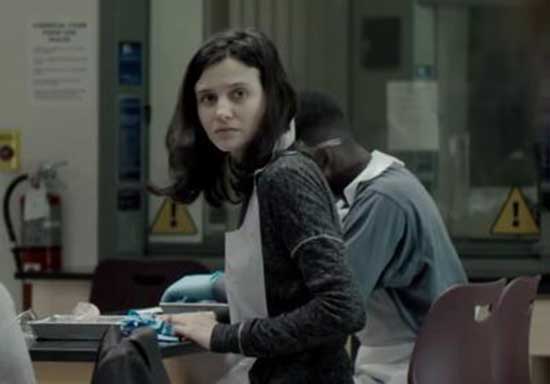 What do you want to say to the audiences that will be watching “Slender Man” and all of the amazing work you do?

Julia- I really hope that they like the movie and they take away what they want from it. I hope they watch “Slender Man” on their couches and it’s cozy and fun and they relax.

Thank you so much. You are so cool and you did an amazing job.

Julia- Awe, thank you so much. I appreciate it.

Slender Man is now available on Digital and Blu-ray. 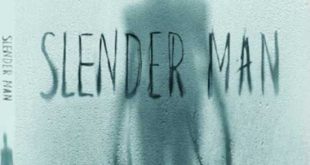 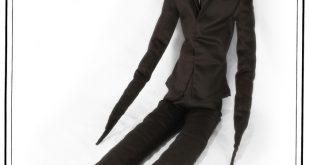