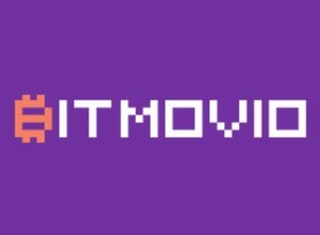 BitMovio (www.bitmov.io), an emerging blockchain-enabled video entertainment marketplace, today revealed its plans to sponsor the FANtastic Horror Film Festival, which showcases the best in independent horror, and runs October 26-28 at the UltraStar Cinema in San Diego.

JoAnn Thomas, one of the founders of the FANtastic Horror Film Festival, said: “Our festival is committed to the success of independent filmmakers. The success of our festival has been tied to that. We are overjoyed that BitMovio shares our commitment. This industry is ready for disruption. We’re impressed by BitMovio’s approach to managing, distributing and monetizing video content through blockchain technology, and we’re looking forward to how consumers will respond as the platform launches in the coming months.”

Additionally, BitMovio announced several new partnerships that bring over 200 hours of film and TV content in the genres of horror and comedy. Frank Horror, Small Basket Studios and Magic Square Films will provide a slate of popular horror and comedy short films. 1200 Productions and their partners will bring a series of horror and non-horror programs, including series Horror Talk With Kristin West, Ring of Horror, Color Me Gorgeous, 24 Hour Film Fanatics, 1 Mic Cypher, Vanessa Makes Stuff, StarPower Astrology, Blockchain Chow Mein, and the TV remake of the popular What Women Want Talk Radiowith over 1 million downloads as well as Armin Nasseri’s multiple award winning film Seeking Valentina. Nasseri along with producer Candice Callins have decided that BitMovio will be the platform for the world premiere of their new film The Carting Call.

Matt Chassin of 1200 productions said: “We choose to work with talented people who will disrupt the entertainment industry, such as Arnin Nasseri. Candice Callins, Kristin West, Michael Joy, Leslie Greene, Landi Maduro, Vanessa Esparanza and Judy Goss are ready to take entertainment to the next level. Simon Zhu and the BitMovio team have shown us their vision and we are sure this is the platform that audiences have been clamoring to see.”

BitMovio also announced that it will be including the top 100 horror films from the Internet Archive, including the classics Nosferatu, George Romero’sNight of the Living Dead, and Ed Wood’sPlan 9 from Outer Space andBride of the Monster. The platform, which launched its beta in September, has set out to enable forward-thinking content creators to connect with passionate consumers through unique social experiences. It will enable fans of these horror classics to watch and interact with other fans using features like its on-screen “Bullet Chat,” bringing an unprecedented level of interactivity to the viewing experience of these classics.

Simon Zhu, Co-founder and CEO of BitMovio, said: “We’re interested in supporting a wide range of content creators and streamers across film, television, podcasts, and web series, as well as across different types of genres with a devoted millennial and Gen Z fanbase. Horror is an interesting genre because it spans from low budget to big budget productions with avid followings. One way that we can help this genre grow is by continuing to make a wide range of horror content accessible and affordable to viewers through our online marketplace.” 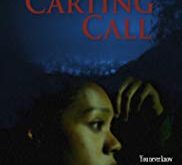