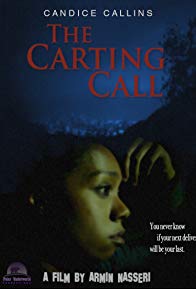 The newest film from director Armin Nasseri, The Carting Call, premiered on the new platform BitMovio on Saturday April 13, 2019. The Carting Call is the newest film from Nasseri, who’s last film, Seeking Valentina became the darling of film critics and film festivals alike. Seeking Valentia garnered over 30 awards, including several Best Film and an honorable mention at the prestigious Rondo Hatton Awards.
The Carting Call follows a food delivery driver played by Candice Callins (who also wrote and produced) on a horrible night. Even though she is warned by her best friend Audrey (Vanessa Esparanza), Callins’ character Robin, is far more concerned about her financial situation than her personal safety,which turns out to be a horrible mistake.
Given the current gig economy, and the proliferation of food delivery services, The Carting Call, is terrifying relatable. Callins she wanted Robin to be everywoman. “She finds herself in horrible situations, and she does what she needs to do, just to survive.”
The Carting Call also stars scream queens Sheri Davis and Kristin West along with funny man John Venable, in a terrifying role. Said director Nasseri, “I like to give actors the opportunity to play against type and out of their comfort zone.” He added, “With a film like The Carting Call,” I want the audience to be a little uncomfortable , too.”
While the film was premiering for the world on Bitmovio(www.bitmov.io), cast crew and supporters were treated to a special private screening at the Sepulveda Screening Room in Westwood. After the screening, guests were invited to a private star studded after party at Delphi Greek Restaurant, in Westwood. Delphi Greek Restaurant was chosen by producers, because it’s not only one of their favorite haunts, but the restaurant was also used very prominently in the film. 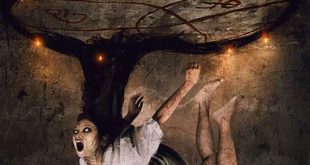