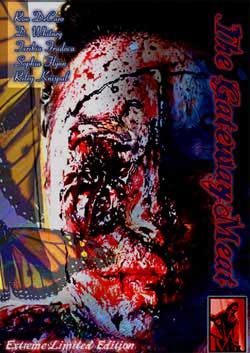 Set in present time, the President has been assassinated and the world is over run with greed. Soon a small, quite town will run red with blood, as a small group of Satanists see this as a sign.

Gateway Meat with its DVD sleeve and video disclaimer warnings is a film with a purpose. That purpose is shock, awe, and creating disbelief. In this case that statement is a marketing vehicle that comes with the product. While it’s hard for some viewers to believe that there is an audience for this, that audience has never been greater than it is today. Originated largely from early exploitation and underground film fair, the present has spawned a whole new level of brutality and debauchery. Ron DeCaro, the madman behind this sadistic circus of evil has succeeded largely where some try and fail. That victory is wrapped in human flesh, body parts and scenes that will make a goat dig its eyes out. Hell on earth is here and Ron was there to film it.

Gateway Meat, while a premise is not exactly apparent….it does entertain with a mix of humor and shock. Knowing “that” coming into the film makes for a pretty nasty play on gore and lude commenting. The humor though is really subjective in a sick sense than a literal sense. But that humor is brought on by the absurdity of situations with levels of intensity best served to the depraved. The characters are largely undeveloped in the purpose of just keeping them as participants in severe atrocities to better serve the impact. On that notion, we largely lose track of the names, roles and connections these people have. Does it matter? I think for the audiences who purchase this, probably not. So for story seekers… um this is not your playground.

One thing that does stand out in this endeavor is ..regardless of content, the team has put a strong effort into editing and cinematic framing. This alone elevates it past other productions of its kind. It also shows some maturity in the filmmakers talents. Mostly of the FX are kept pretty bloody so we get glimpses of the work through a gory veil. Other highlights include several dream sequences that work well in their nightmarish approach.

So what to expect? Kidnapping, murder, torture, sexual abuse and a flavor for invention in the execution of all of these things. In one scene a disgruntled boyfriend kills his lover by stabbing her repeatively in the face. Other scenes include shocking segments of aftermath complete with gory carcasses, lots of duct tape, dismemberment and corpse sculpturing.

Yes, there is a little girl who participates on some of this madness however it is apparent from watching this that the scenes were cut in to simulate that on screen rather than subjecting a youngen to indulging into adult intended content using a smattering of gore props and actors.

All of this combined attributes to a daily mix of indulges our actors participate in to their amusement. The reason why?……. is really never asked, instead it’s just accepted as part of there ways to pass the time.

Violence for the sake of violence without pity, remorse of compassion for those who are unlucky to cross there path. The difference GM excels is in the levels to which it is taken. A murder instead of “just” a stab and go is shown as a stab and mutilate complete with facial stabbing’s and corpse abuse. The intro title card suggests a Satanic movement, though really the only sign of that connection is per a wall spray painted pentagram. In due respect this film is far from a devil worshipping picture.

Ron has firmly planted his sadistic masterpiece into underground forums with confidence and cause. If the warnings didn’t scare you off, then what you unveil shouldn’t come as a surprise to adult minded gore hounds. The film is at the moment only available per web site orders HERE. So unless you are seeking it out, you most likely wont come across it. 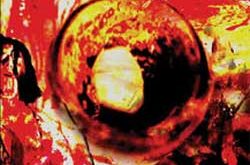 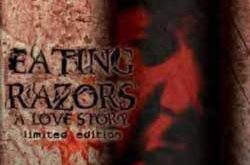 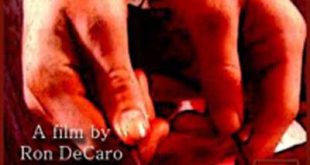