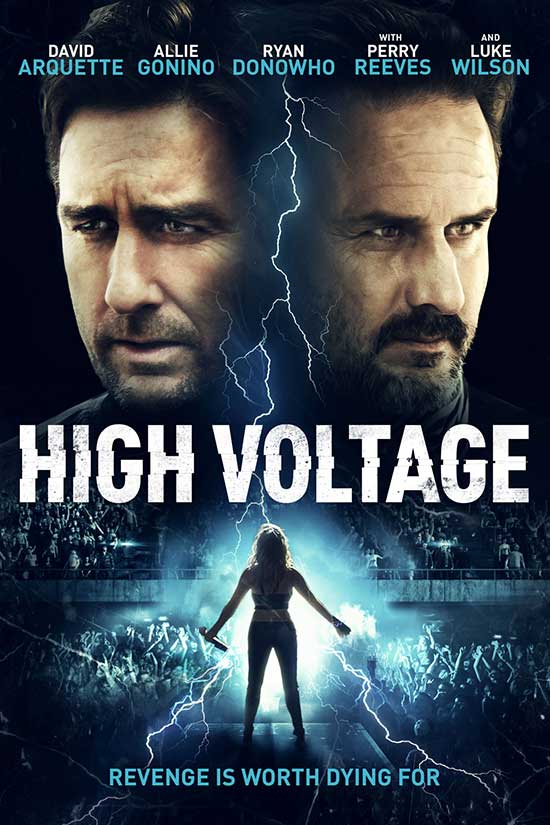 A struggling rock band, led by washed-out rock star Jimmy Kleen (Arquette), strikes a deal with cynical record executive Rick (Wilson). Things take a sinister turn when the band’s lead singer, Rachel (Gonino), and her controlling stage mother, Barb (Reeves) both get struck by lightning and killed. Rachel is brought back to life, but she is different than before: confident, sexy, with an irresistible stage presence. Lightning courses through her veins and she uses her new supernatural electrical powers to drain the life from men and turn it into electrifying stage performances. Her bandmates, including guitarist Scott (Donowho), discover her dark secret, and have to decide just how far are they are willing to let her go to help them succeed. As Jimmy says, “You can’t have rock n’ roll without electricity.”

HIGH VOLTAGE is a mashup of genres combining horror, thriller, musical, and noir into a bloody and beautiful rock n’ roll fantasy. Industry vet Keledjian, creator of Project Greenlight—no stranger to behind-the-scenes drama—also wrote the rocking soundtrack: “The script and the score are based on my experiences of living and working in Hollywood, and the scope and spectacle of film is the perfect vehicle to tell this story. SP Releasing just ‘got’ that, and is releasing it in theaters, which for me is a dream come true.”

Shot in luscious anamorphic widescreen, with vivid colors and extreme angles, the film drapes a golden sheen over the seedy business of show, slowly piercing the veil of the glamour of Hollywood and revealing the broken dreams, dark secrets, and unholy pacts that power the klieg lights.

SP Releasing chairman and CEO Steven Paul, whose previous credits include Marvel’s GHOST RIDER and Paramount’s GHOST IN THE SHELL, is thrilled to partner with the filmmakers for the US release of the picture. He says, “[Alex] Keledjian brought together a wealth of cast and crew, and their efforts have resulted in a powerful movie, with a relevant story, and we couldn’t be prouder to be a part of the journey.” The deal was negotiated for Keledjian by David Pierce of Pierce Law Group, LLC, and Jason Price on behalf of SP Releasing.

SP Releasing’s recent theatrical release slate includes the adaptation of The New York Times bestseller THE PIRATES OF SOMALIA, staring Evan Peters and Al Pacino; the western-thriller THE SCENT OF RAIN & LIGHTNING with Maika Monroe (It Follows) and Maggie Grace (Lost); and the drama-thriller MADTOWN, toplined by This is Us star Milo Ventimiglia. 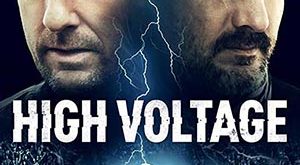 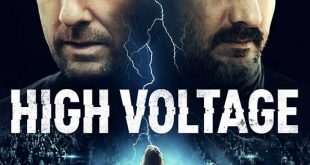