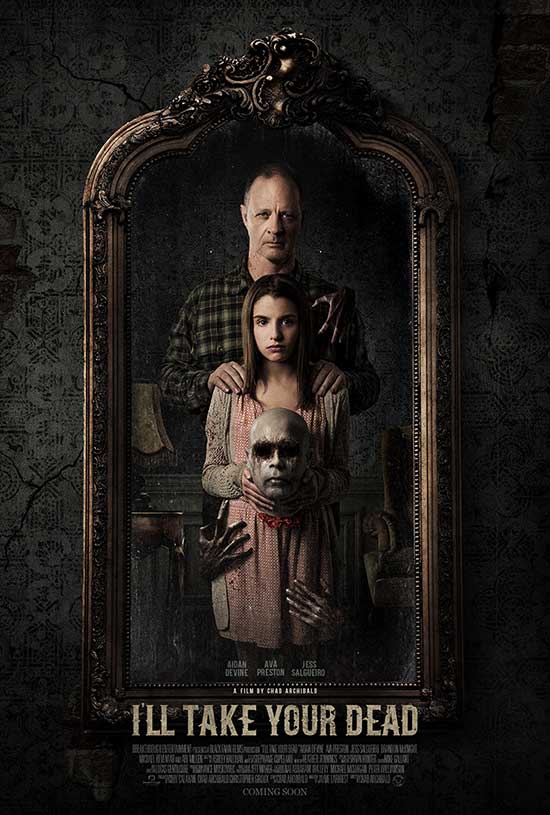 Breakthrough Entertainment and Black Fawn Films have released the first trailer for the upcoming horror-thriller I’LL TAKE YOUR DEAD. Directed by Chad Archibald and written by Jayme LaForest (The Heretics, Bite), I’LL TAKE YOUR DEAD is an unsettling tale of terror that combines an unnerving crime thriller with an original ghost story. Filmed on location in Orillia and Hamilton, Ontario, the film explores the horrors of gang violence and a family that’s being haunted by the death that surrounds it. I’LL TAKE YOUR DEAD is a bold film that grabs a hold of its audience and doesn’t let go.

I’LL TAKE YOUR DEAD is set to have its world premiere at the Calgary International Film Festival on Thursday, September 27th with director Chad Archibald, producer Christopher Giroux and lead actor Aidan Devine in attendance. The film is also set to screen at Hard:Line Film Festival in Germany, GrimmFest in the United Kingdom and Terror Molins in Spain. “Years ago I did a documentary where I flew across Canada interviewing people in shelters, a lot of them kids, about how they found themselves getting lured into gang activity. Most of them were truly good people that weren’t given a choice. I wanted to make this film to show good and evil and how the lines often blur. 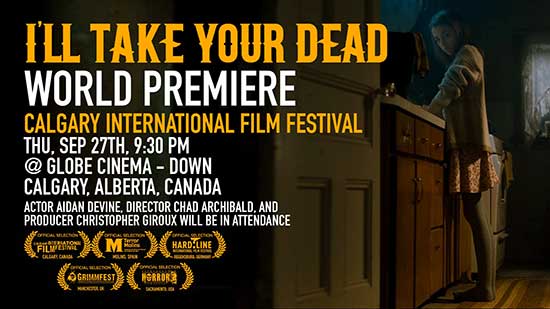 It’s about family, violence, death, and knowing when to put your foot down. We had a stellar cast that brought this script to another level and we’re all excited to finally show it to the world. ” says director Chad Archibald. William has a simple job: he makes dead bodies disappear. Through circumstances out of his control, his little farmhouse in the country has become a dumping ground for the casualties of the gang related murders in the nearby city. His daughter Gloria has become used to the rough looking men dropping off corpses and is even convinced that some of them haunt their house.

After a woman’s body is dumped at the house, William begins his meticulous process when he realizes that she’s not actually dead. As the gang activity increases, William patches up the woman and holds her against her will until he can figure out what to do with her. As they begin to develop an unusual respect for each other, the woman’s murderers get word that she’s still alive and make a plan to finish what they started.