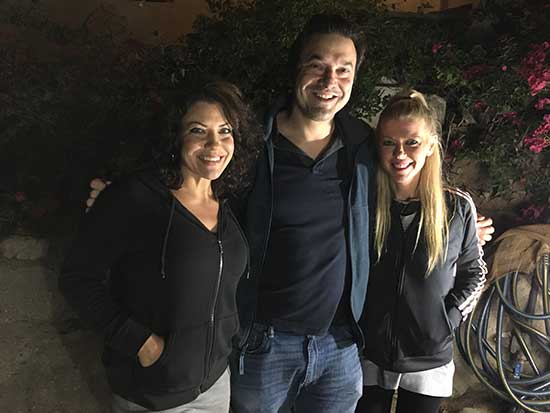 Thank you, Janel, for the interview!  Glad you enjoyed the film.

Please tell us how the idea manifested for you? You wrote and produced the film.

I had not done a Ouija board-type movie, knew that this was a successful subgenre, and wanted to do one.  But I wanted it to be something different — not just multiple scenes of people sitting around a table.  We’ve all seen that so many times.  I thought, as I often do when coming up with storylines, “How do I take that and twist it and make it just a bit bigger or different?”  So I thought of letters being hidden underneath paint that that is what someone had done to keep an evil spirit at bay.  My friend Justin Hawkins dug the idea, so I brought him on board to start the screenplay.

Did you have any strange experiences with Ouija boards? (That you can share?)

The strangest thing is that I’ve never actually played with a Ouija board.  Not more than just a couple of minutes of joking around.

I am not a fan of Ouija boards. I had an amazing conversation with Tara Reid and we talked about our experiences. It feel unnerving and sort of scary. Do you feel there is a bit of taboo and fear when it comes to making films that involve Ouija boards?

A lot of people are truly creeped out by them.  Tara Reid was one.  She told us a story about when she was little and her father burned her Ouija board or something.

Did you grow up watching Horror films? Do you have a favorite one?

When I was a kid, I was fascinated by the “documentary” THE LEGEND OF BOGGY CREEK and things like “In Search of” on TV.  A lot of horror movies scared me, and I’d end up sleeping with my parents!  In my teens (in the ’80s), slasher films were big, as well as cool movies like WITCHBOARD.  My favorites would be John Carpenter’s HALLOWEEN, SCREAM, THE FOG, THE THING (both Carpenter’s versions, of course), and Tobe Hooper’s TEXAS CHAINSAW MASSACRE.  SCARECROWS (1988) and SESSION 9 are others not usually mentioned by everyone that I really like. 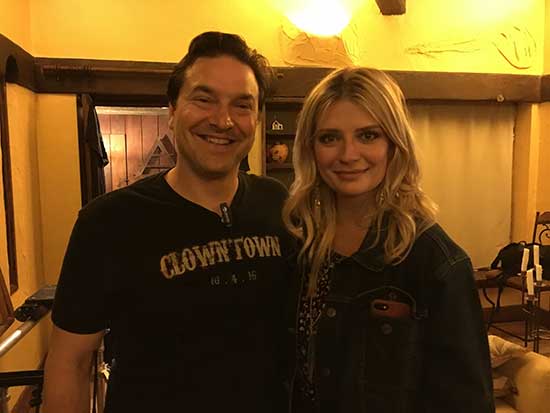 There are quite a few intense moments in the film. Did you face any challenges while filming?

The biggest challenge was the schedule.  The house had a lot of windows, and we thought it would be difficult to black out enough windows for interior night-time scenes, so several shooting days were “all-nighters,” and that takes a toll on people.  I think next time we’ll find the time to cover up those windows!

I feel like Dee Wallace and Tara Reid always play a variety of characters and strong characters. They have done a lot for the film world and the horror community. How did you think they did in the film?

I thought Dee and Tara did great jobs.  This was my first time working with them, and it was a pleasure!  I always like working with people whose work I admire and hearing their stories.

What can you tell us about any more upcoming projects and any chance of a sequel to “Ouija House?”

This past year or so has been crazy busy.  In 2018 alone I’ll have no fewer than 7 movies coming out on dvd/digital.  As far as upcoming releases, THE TOYBOX (with Denise Richards and Mischa Barton) comes out Sept. 18th, STRANGE NATURE and DEATH KISS come out Oct. 2nd, and we’re close to closing a domestic deal on THE RUSSIAN BRIDE (starring Corbin Bernsen).  I’m helping executive produce a prison action movie, ESCAPE FROM DEATH BLOCK 13,  that’s currently filming (frequent collaborator Gary Jones directing), and I have a couple of other horror films that I think will shoot this year.

Regarding a OUIJA HOUSE sequel, I’d love to do one!  Hopefully there will be enough sales to warrant that.  So far I’m told the numbers are encouraging.

With Halloween approaching do you have anything special that you do?

I like doing haunted houses and theme parks.  Last year I went to Universal Horror Nights with friends who also like horror, and I hope to do that again this year.  We also went to South Pasadena to see the Michael Myers house from the original HALLOWEEN and some filming locations.  I usually end up going to a costume party or two.  When I was in my twenties, my friends/roommates and I used to do “haunted apartments” and invite friends over for that.  That was fun.

What was it like working with the director Ben Demaree?

Ben was very prepared and did a great job.  With him, in addition to director, you also get a talented director of photography (and he ended up editing OUIJA HOUSE as well and did a super job).  I’d met Ben when I hired him years ago for the crew on BALLISTICA and brought him back on AXE GIANT: THE WRATH OF PAUL BUNYAN.  I knew that since then he had DP’d cool movies like the SHARKNADO series and also directed a few features.  I saw his HANSEL VS. GRETEL and thought the look and feel of that matched what I had in mind for OUIJA HOUSE.

Is there anything you can share about “Death Kiss?”

That’s one of the more unique films I’ve done, at least in the way our lead actor looks so much like a certain ’70s-’80s action star.  It’s been a great marketing hook.  Rene Perez, the director, gave the movie a cool look like the Cannon films of the ’80s.  DEATH KISS comes out in the U.S. on digital/VOD on October 2nd and on dvd December 4th.

You seem to have worn all the hats so far. Writing, producing, acting. Which do you has been the most challenging?

Directing.  I directed HEAD CHEERLEADER, DEAD CHEERLEADER, which was my third feature.  After that I realized I liked producing more and would let someone else “direct traffic,” so to speak.  That’s not to say I won’t direct again.  I sometimes feel the urge.  More people seem to respect directors more than producers and certainly more than writers!  Regarding acting, I often show up in cameos of my films (the Hitchcock thing), but I certainly don’t consider myself an actor. 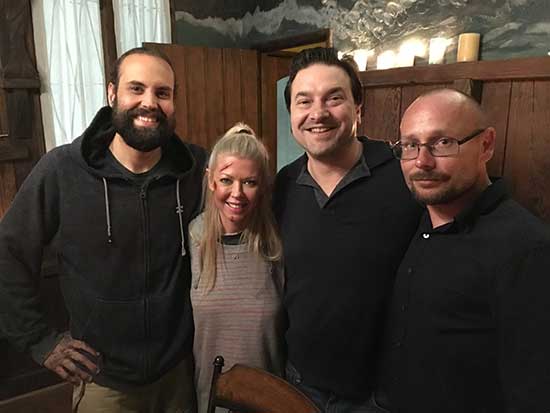 What was it like working with the entire cast of “Ouija House?”

We had an amazing cast!  It was really packed with all-stars, with Mischa Barton, Tara Reid, Dee Wallace, friend Chris Mulkey (from TWIN PEAKS and THE PURGE) …  We lucked out being able to get Carly Schroeder as the lead.  She’s done everything from soaps to LIZZIE MCGUIRE to Sundance hit MEAN CREEK to playing Harrison Ford’s daughter in FIREWALL to playing Elisabeth Shue in GRACIE to horror films like FORGET ME NOT and PREY.  She is really so professional and experienced for her age.  Male lead Mark Grossman is in the Joe Dante/Mick Garris film NIGHTMARE CINEMA.  Fairly new-comers Grace Demarco and Derrick A. King did outstanding jobs.  Even scream queen Tiffany Shepis came and did a day on the movie!  And we had other scream queens like Sarah French, Susan Slaughter, and Eva Hamilton playing witches.  I certainly have never had this caliber of cast on an “independent” movie.

Thank you so much for taking the time to do this interview. I loved the movie. Thank you. 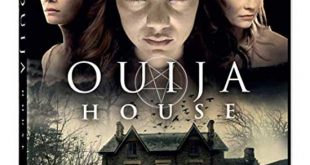 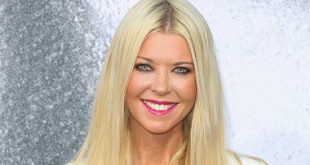 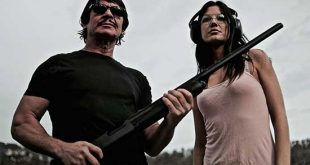 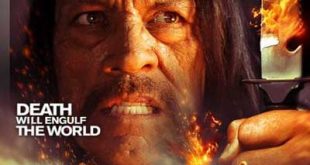