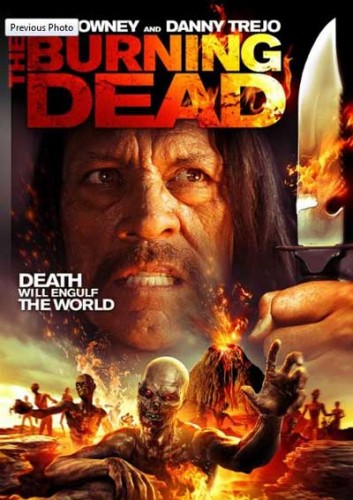 A sheriff must rescue an estranged family from a mountain during a volcano eruption and fight off a horde of lava-filled zombies brought to life by a curse.

I love a crap-tastic cheese-fest of a film. When done right (or wrong?), they can be entertaining to watch, even though they are absolute crap. Piranha 3DD is a good example of this, whereas Sharktopus is a very, very bad example… What a piece of crap that film was… The Burning Dead, a cross between a SyFy channel movie and a Hallmark midday flick, is somewhere in-between.

Essentially we have a cursed volcano containing the spirits of long dead settlers inside. It erupts and spews forth these spirits which rise as lava-spewing zombies and attack the small town surrounding the volcano. Kudos to the writers for making their zombies unique with the lava spewing, though it was really only used once. If only they utilized this in more interesting ways… 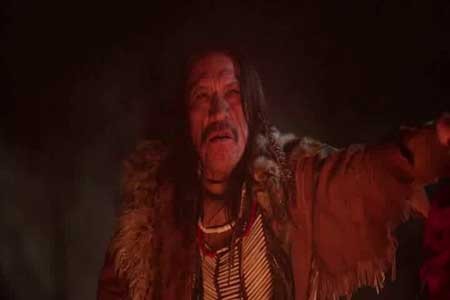 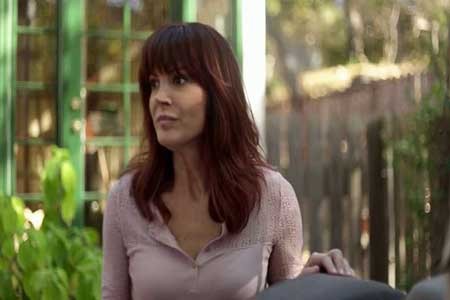 Amidst the shenanigans is Mindy Roberts, played be the capable Moniqua Plante, her teenage daughter Nicole (Nicole Cummins), Nicole’s BF Kevin, played by the craply Ryan Jacobs and Mindy’s estranged dad, Old Ben, played by the capably cranky Robert Lyons. Perpetually car-bound Sherriff Denton (Thomas Downey), has the hots for Mindy and places the town in jeopardy as he drives, and drives, and drives, to try to find and rescue Mindy and her pals from the volcanic eruption, lava and zombies.

We have loads of cheesy-ass redundant and often repetitive dialog, CGI that ranges from the just-serviceable to the outright laughable (the lava, oh God the lava was terrible) and an ending that feels so rushed and tacked on that I am still confused as to how the hell it happened…. Oh, and we have Danny Trejo giving us needless exposition about the volcano and its curse in the most Hispanic Indian character ever played to date. His scenes were obviously tacked on so his mug could be chucked onto the cover art. All of his scenes could be removed without affecting the script one iota. 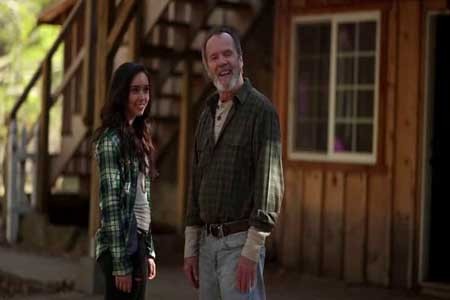 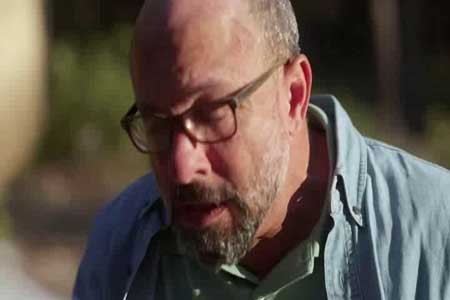 There is plenty of gore, which mostly consisted of the zombies ripping their victim’s intestines out and chewing on them. They must have only had enough budget for a length of intestine because that’s ALL that was eaten by the zombies pretty much. There was also one of the most needless titty scenes ever to be produced on film.

The dialog didn’t help their cause but Moniqua, Nicole, Rob and Thomas know how to act and their performances carried this film because the story, dialog and SFX sure as hell couldn’t. Moniqua and Nicole both knew how to act scared.

Cinematography was pretty shit. Camera angles and shots used (lots of dolly craning) made it feel like I was watching a really violent midday movie. It was very odd. My favourite shot was when a character turns the key in the car’s ignition and the camera spins with it! Awesome…. Not. 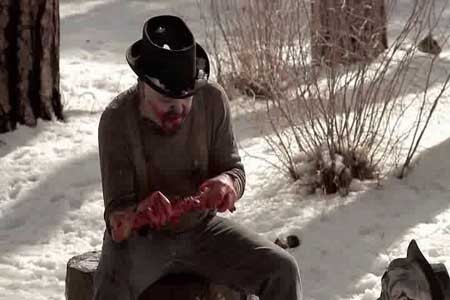 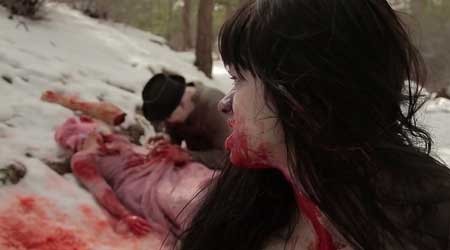 The concept of The Burning Dead had potential. If the cast and budget was bigger and better, and the script was shitloads more professional and coherent then this could have really worked. Maybe a cross between Dante’s Peak and 28 Days Later.

Having said all of this though, I recommend lovers of cheesy films to watch The Burning Dead. I laughed numerous times at the stupid dialog, actions, CGI and cinematography throughout the film. I actually enjoyed it to a certain degree. The Burning Dead is best served with a group of buddies, some junk food and beverages of choice so you can have a grand old time picking on this lava filled cheese-ball.