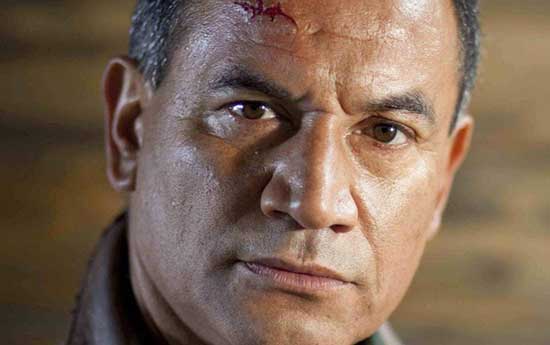 “Occupation will be in theaters and on VOD and Digital HD on July 20, 2018

Actor Temuera Morrison (“Once Were Warriors”, “Star Wars: Episode II-Attack of the Clones”) is one of the great actors of all-time. He took the time to speak with me for a Horrornews.net exclusive about his new film, “Occupation” and some excellent information about portraying Thomas Curry in “Aquaman” and his admiration for Jason Momoa and Jason’s admiration for Temuera.

Hi Temuera, How is everything going?

Temuera- This is my tenth interview and you are the first woman I get to talk to. I was in the rain the other day for four hours. 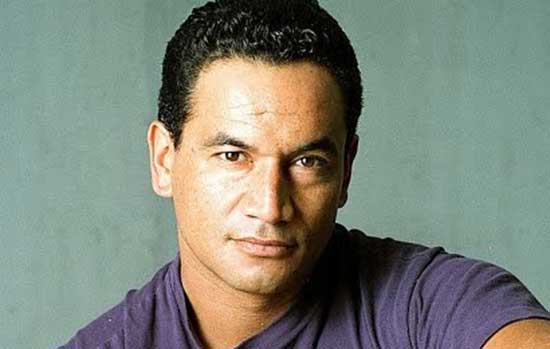 Well, I hope you feel better and it is so nice to talk with you.

Temuera- We had an opening in one of our dining rooms where we feed all the people. Four hours of speeches and endurance in the rain. They make a long speech and at the end of the speech they all go, I haven’t got much to say. It is a tribal thing.

That is interesting! I want to tell you that you did such a good job in “Occupation” and we are so excited for you to play Thomas Curry in “Aquaman.” You play Aquaman’s father.

Temuera- I couldn’t believe my luck. I knew I was I doing “Aquaman,” I had done the work in LA. I found out much later that Jason Momoa was a fan of mine so probably what do you call it, it sealed the deal for me. “Occupation” turned off at a very good time because it was in the same place as “Aquaman.” It was on the Gold Coast of Australia. I think I disappeared from “Occupation” for a day because they needed me on “Aquaman” for a day and then I was able to go back to “Occupation” and finish that movie and then go to “Aquaman” four times so that’s how close together they were. So it worked out well for me that I had two jobs in the same location and it was winter in New Zealand and it was warmer in Australia. 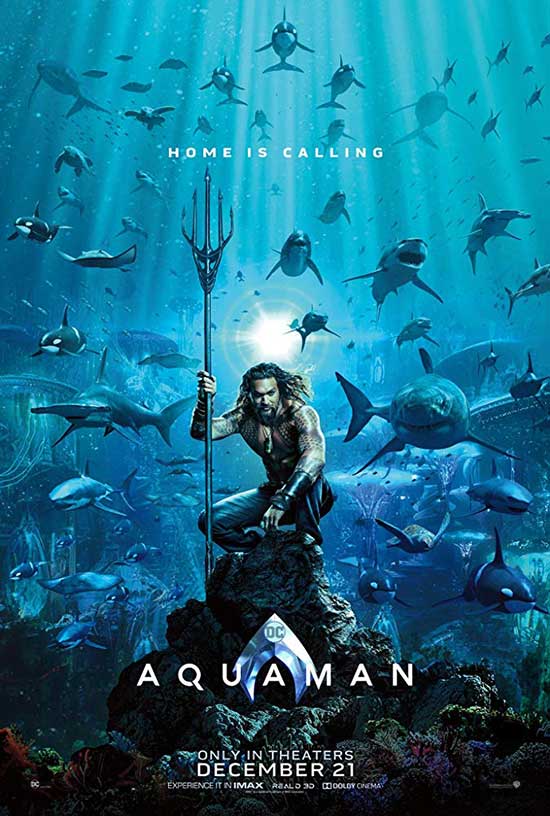 Did you do anything special to prepare to play Peter in “Occupation?”

Temuera- I am trying to remember. I think I just went to make-up, put on wardrobe and I think Luke was happy with the way I looked plus he was a Jango Felt fan. I just had to get a little bit physical because we were running around a bit.

You are one of the best actors of all-time and you have played so many incredible films. Do you have a favorite character so far?

Temuera- No, I think I’ve just been blessed to get work. I don’t take it for granted anymore. I had a wonderful time, I am able to live in New Zealand and work all around the world. I even remember my first Hollywood movie “Barb Wire” with Pamela Anderson based on the comic book.

Temuera- I played Axel, it started all of this. And then prior to that movie I had “Once We Were Warriors” from New Zealand and that put me on the international scene. I was blessed just to get some work and then I went to movies like, “Speed 2” and then it all goes away sometimes and it is up and down. It is a fickle industry. Then they forget who you are and the next flavor of the month comes in and then you’re forgotten about then it’s about reinventing yourself and I’m taking a leap out of everyone else’s book and reinventing myself before I start playing grandfathers, I can still do a little bit more action. I’ve got “Aquaman” coming out and “Occupation” and it is what actors have to do some time. 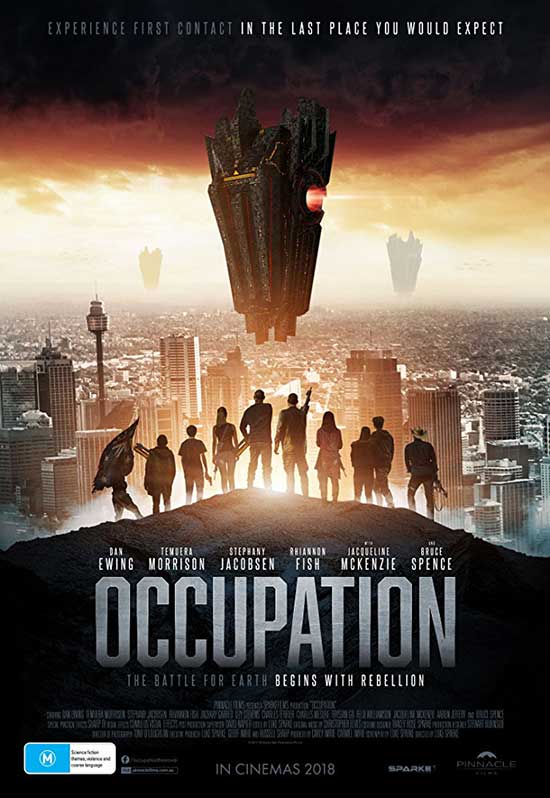 Is there anything you can share about working with Jason Momoa and “Aquaman?”

Temuera- I actually had a busy year. Jason Momoa and I got along so well. We formed a good bond. I didn’t realize that “Once Were Warriors” made quite a big impact on Jason as a young man growing up in Iowa so we really formed a bond. In fact he put me in his “Frontier” (Season 3) series which we just filmed up in England and in Newfoundland. I am waiting for the next phone call to see when my next job with Jason’s coming because we are very close now.

He is a very nice man. I got to meet him in Philadelphia and he seems super nice.

Temuera- He is, he is very down to earth.

Now what do you want to say to all the fans that will be watching “Occupation?” (And “Aquaman”) People are so excited for these films!

Temuera- Probably the usually stuff. It will be a roller-coaster ride. I don’t know, I have been doing this too long now. I am just grateful for the work. There is a great ensemble cast in “Occupation.” There’s a great cast. Some young actors are coming through, some older ones and more mature ones like me. And look forward to “Aquaman” and I think the thing about “Aquaman.” And Jason looking like his dad and all he is just a fine specimen of the male race or the fishy race.. Or whatever he is. So, it is going to be a lot of fun. Both of these movies are made in Australia so it was a wonderful experience.

(With one minute left in the interview. I could have talked with this man all day and night) 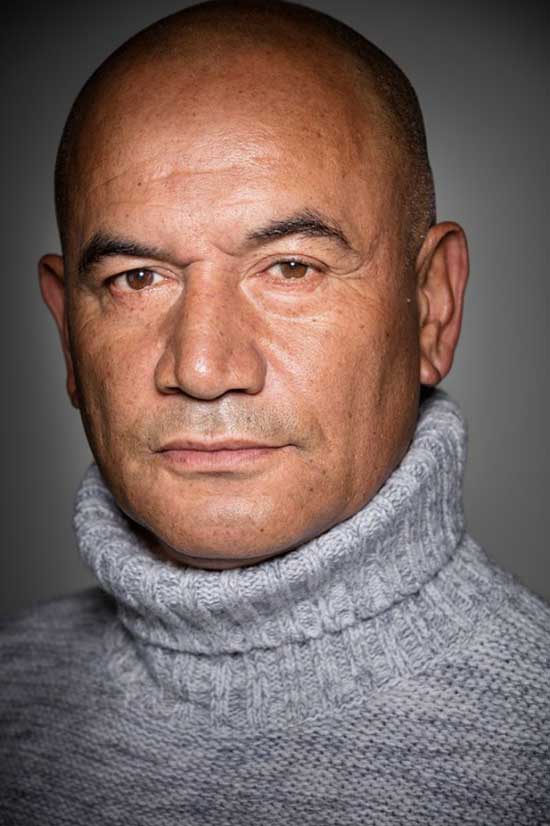 What was it like working with the director of “Occupation,” Luke Sparke?

Temuera- One minute, that’s not long. Luke, I wanted to strangle him a couple of times but I didn’t strangle him. We got on pretty well. It was all good actually. He had so much on his plate. I tried to bring something to the table and I was pretty relaxed with Luke right from the start so it’s about relaxing too so you get a good performance. He is very jovial and he puts you at ease even though there is a whole lot of mayhem around him. In an ideal situation Luke would love to direct a “Star Wars” movie and maybe I am in in it.

And you will star in it! That would sound good to me.

Temuera- Yes, Awe, Thank you so much. You are very kind. There are very nice people in Pennsylvania.

Thank you so much Temuera, it was an honor to talk to you. You are amazing!

Temuera- Oh, thank you. All good darling. Thank you again and success.

This was one of the greatest interviews ever. He is absolutely wonderful, funny and so cool to talk with and you sense his fun and that he doesn’t take himself so serious. He is amazing. 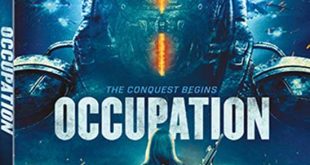