Home | Viral Outbreak Horror to Infect US Audiences this September

Viral Outbreak Horror to Infect US Audiences this September 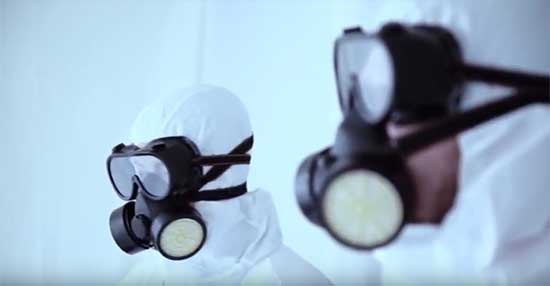 Breaking Glass Pictures has acquired Worldwide Rights to the viral outbreak horror feature EPIDEMIC. Breaking Glass acquired rights to the film in June in a deal negotiated between Breaking Glass CEO Rich Wolff and writer/director Stephen Michael Giglio of Pomerantz Pictures. The film will arrive on DVD & VOD on September 25, 2018.

“Epidemic is a psychological horror film, examining how human beings are beset by addiction and sickness that arises when our desire to feel good gets out of control and turns into a disease”, said Giglio.

A deadly pathogen is unleashed and unknowingly carried to Dana’s 30th birthday party, where her estranged father, Rufus, is coming to make amends. What begins as a family drama soon escalates to a horrific turning point as the epidemic spreads and Rufus fights to save his daughter’s life.

“Director Stephen Michael Giglio has crafted not just a chilling body horror tale, but also an intimate look at a family broken apart by addiction and how far some will go to save the ones they love“, said Wolff. “We’re thrilled to bring this complex, skin crawling feature film debut to audiences.”